When the European District is completed, the urban development project will be available with a large number of offices, hotels, apartments, a school and social infrastructure, parks as well as shopping and leisure facilities. The U5 subway is scheduled for completion in 2024 after delays. According to original plans, around 30,000 people are to work and up to 10,000 live in Frankfurt’s European Quarter. This ratio could shift in favour of the number of inhabitants due to the increased demand for living space since around 2012.

The area of the European District has a size of almost 90 hectares. The area will be divided into the European District West and European District East, according to the two property owners; the visually clearly visible boundary between these two areas is the high railway line with the Emser Bridge (Emser Brücke). The master plan for the huge real estate project was implemented by Aurelis and Vivico. Aurelis Asset GmbH originally owned 66.7 hectares in the eastern part and 18 hectares in the western part belonged to Vivico Real Estate GmbH (since June 2011: CA Immo). The individual plots have now also been sold to other project developers.

The eastern and western parts of the European District are shown below:

Buildings in the European District

The area of the European District stretches for approx. 2.4 kilometres from the residential area on the Rebstock site and the Kuhwaldsiedlung in the north-west along the Frankfurt exhibition grounds to the Güterplatz in the south-east. To the south, the area is bordered by the Gallus district and the Hellerhofsiedlung. The European District Frankfurt is dominated by the Europa-Allee boulevard, which runs the entire length of the district. The Skyline Plaza shopping center is located at the eastern end of Europaallee.

The panorama picture Frankfurt (the top image) shows the outlines of the European District during a photo flight Frankfurt with a helicopter (September 2019).

The real estate database Phorio lists almost 180 buildings in its overview Real Estate European District and thus shows the current state of development. However, you can also display only the high-rise buildings in the European Quarter (18 entries in total). 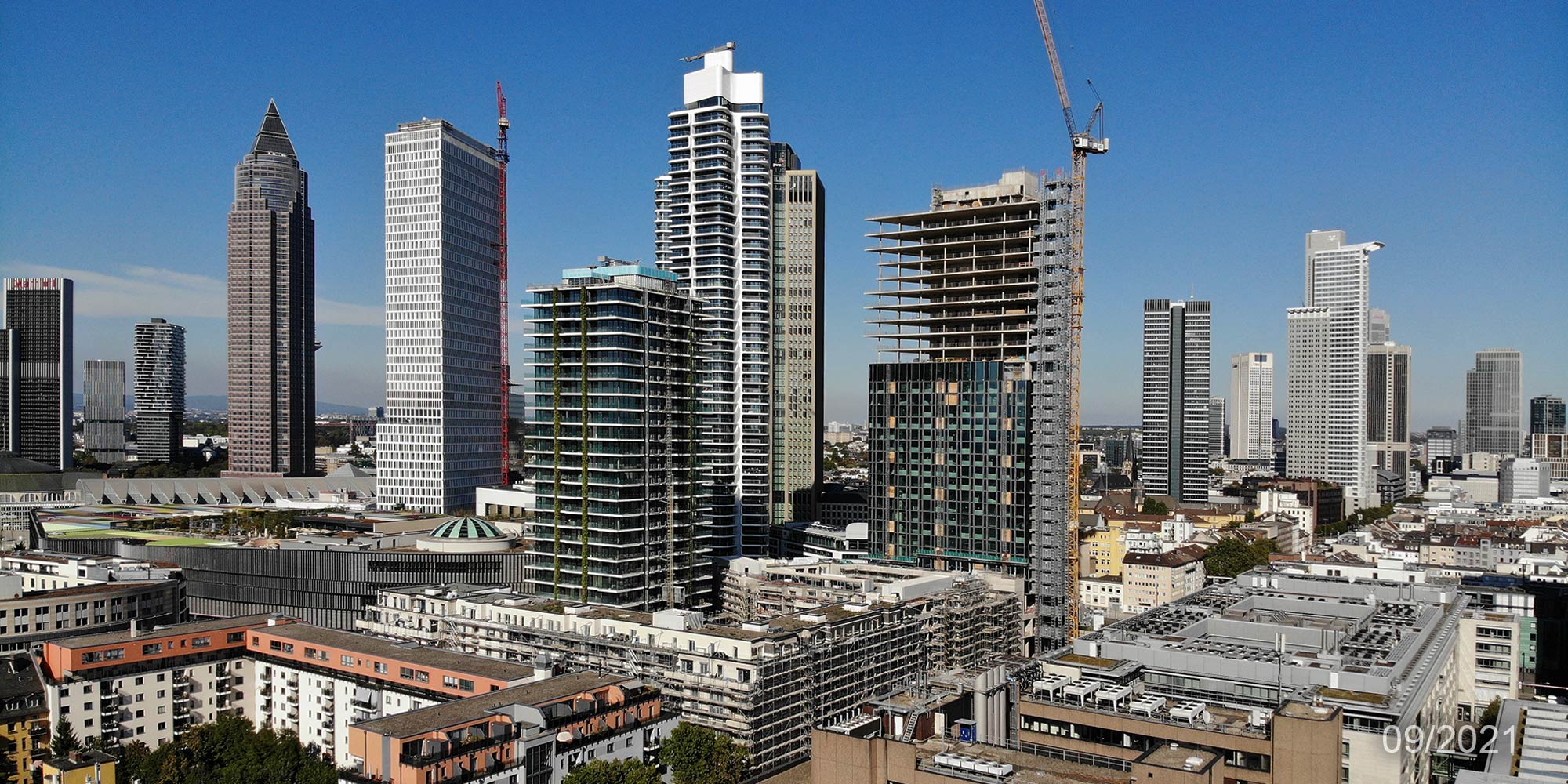 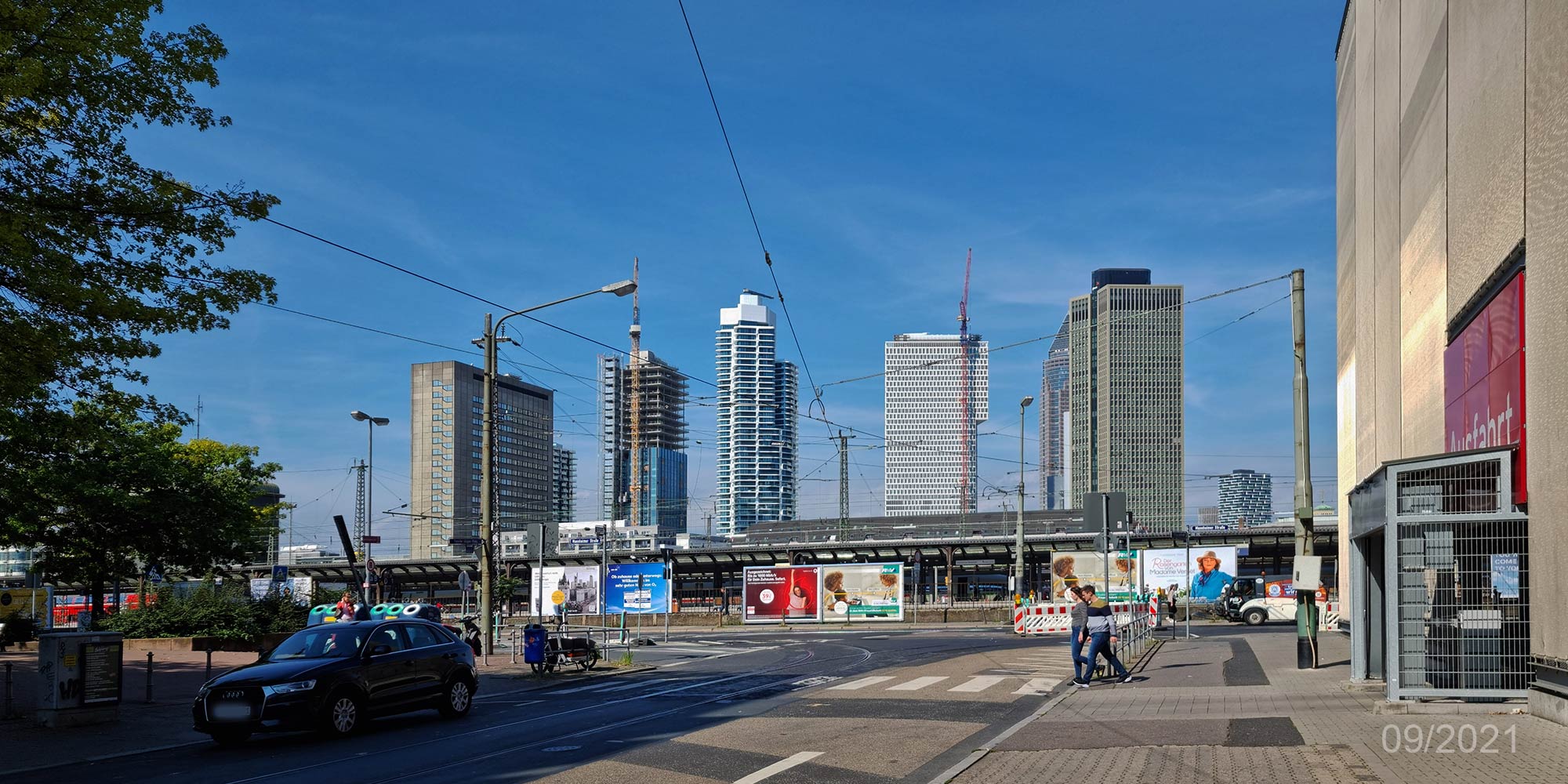