Frankfurt 3D: The Future of the High-Rise City

Frankfurt High-Rise Developments From the East 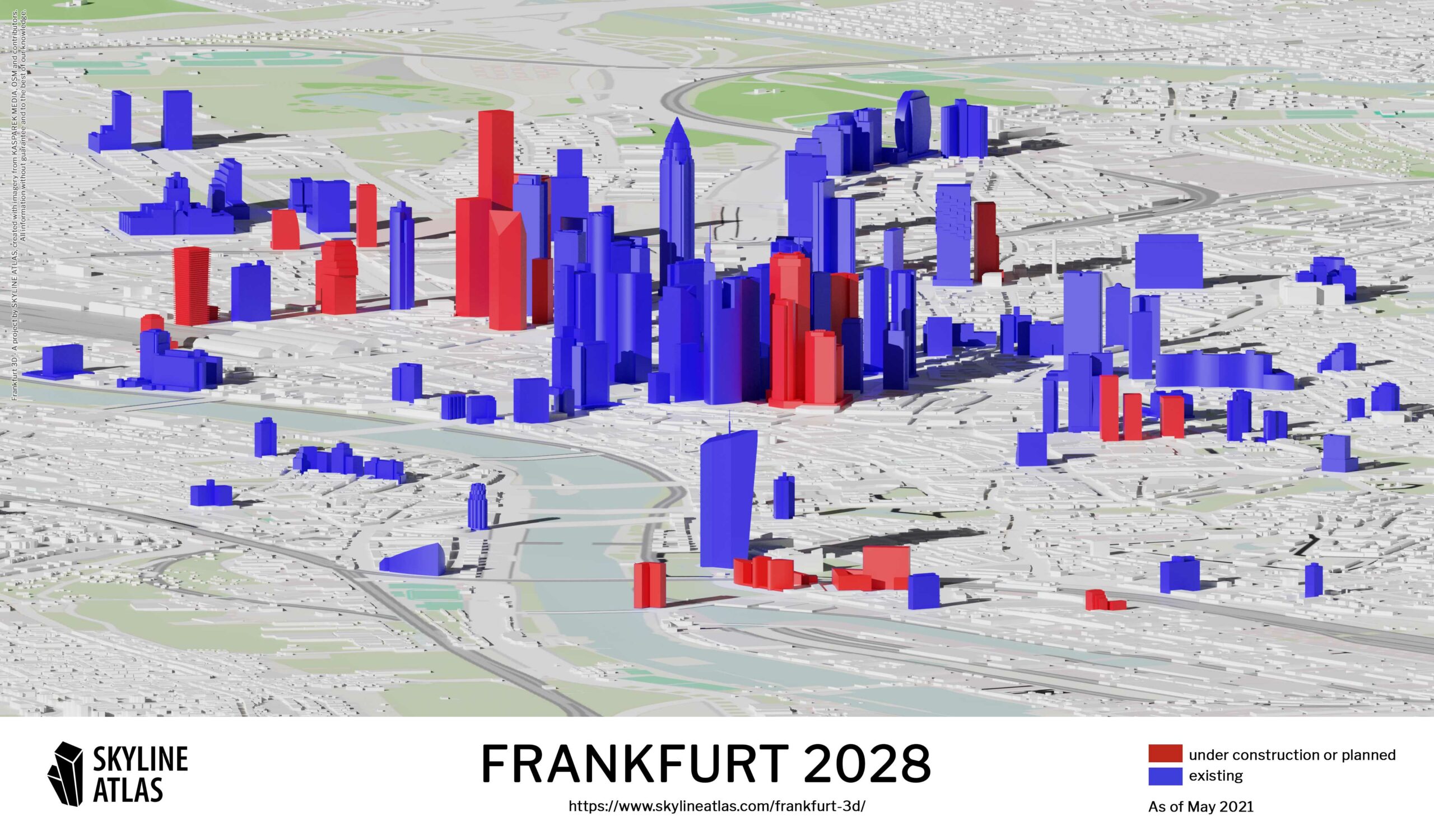 Frankfurt High-Rise Developments From the West 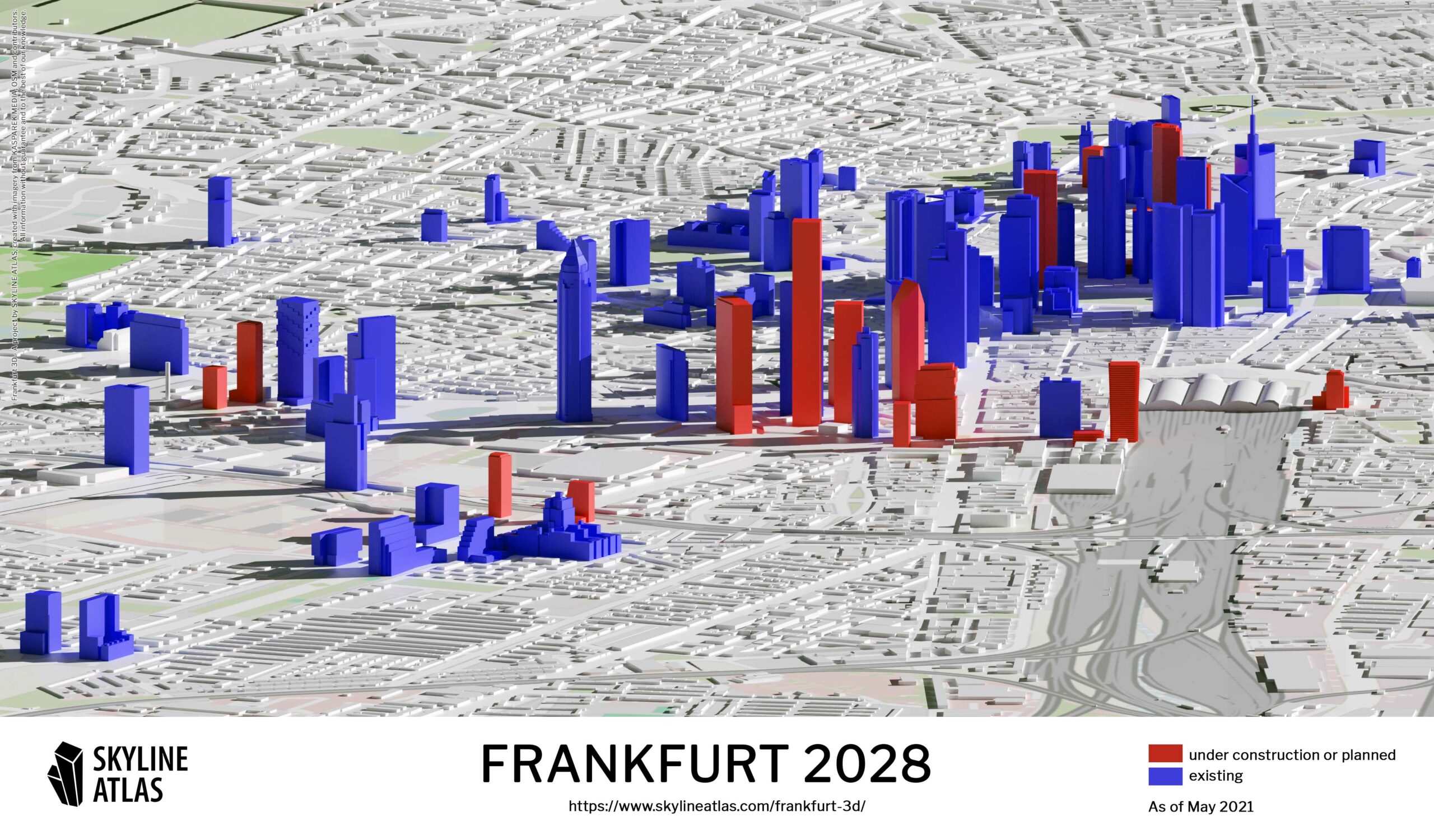 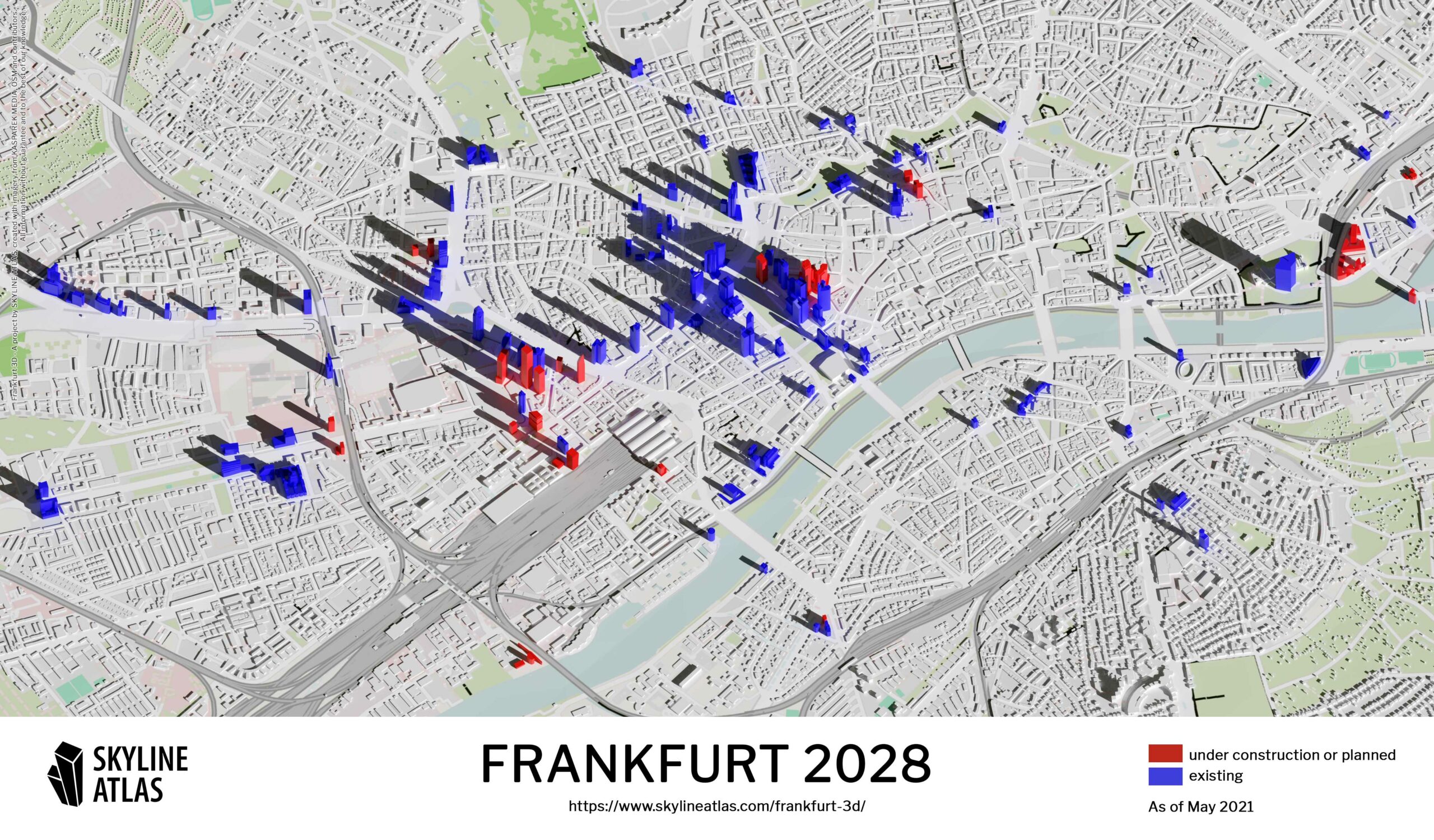 The 4096×2400 pixel wallpaper graphics show future high-rise developments in Frankfurt as of the current date (May 2021).

The compilation of new and planned buildings (both marked in red) has been assembled by SKYLINE ATLAS based on our own research. The high-rise locations include officially announced projects and proposals not finalized yet. Many more tall building sites will be announced in the years to come, especially when the 2021 Skyscraper Master Plan is presented.

More computer animations from the series will be released in the near future.

The skyline has become an internationally recognized eyecatcher of Frankfurt. New skyscrapers are built every year, and it’s hard to keep track of where high-rise buildings are being built and planned. Computer animations are created for individual high-rise projects, but these usually leave out other projects. The City of Frankfurt also tests the compatibility of drafts using a variety of simulations, for example also using the city model, but these developments usually remain hidden from the public until the individual towers are completed.

Thanks to Frankfurt 3D there is now a much better way to see where new projects will emerge: The SKYLINE ATLAS put together all high-rise locations in a 3D city model. This includes all completed, under construction, and planned high-rise buildings in the city center. There are two versions of Frankfurt 3D: Wallpapers graphics (presented in May 2021) and an interactive map (to be announced soon).

The 3D map will be available via the browser in order to simulate the state of the city at a certain point in time: how will Frankfurt look in a couple of years? At a later stage demolished towers will also be included so that users can travel on the map back and forth in time. Soon you will be able to experience our time machine with your own senses. The 3D map will be exclusively accessible for registered members. You will soon be able determine the year, the location inside the city area, and the perspective of the 3D map!

Frankfurt 3D Map: The interactive online version of Frankfurt 3D will be published in the weeks to come. Users can then explore the skyline themselves in a three-dimensional map world – exclusively for readers of the SKYLINE NEWS: Register now for free.

On behalf of the readers, thanks go to the companies Siemens, Jumeirah Frankfurt, V&V Immobilien and Hi.Res.Cam for their support. With their commitment, these premium partners enable the realization of Frankfurt 3D, the coloring pictures, the paper models and other projects here in the SKYLINE ATLAS. Thanks also go to the City of Frankfurt and the numerous architects, builders, and project developers who provided support with information.