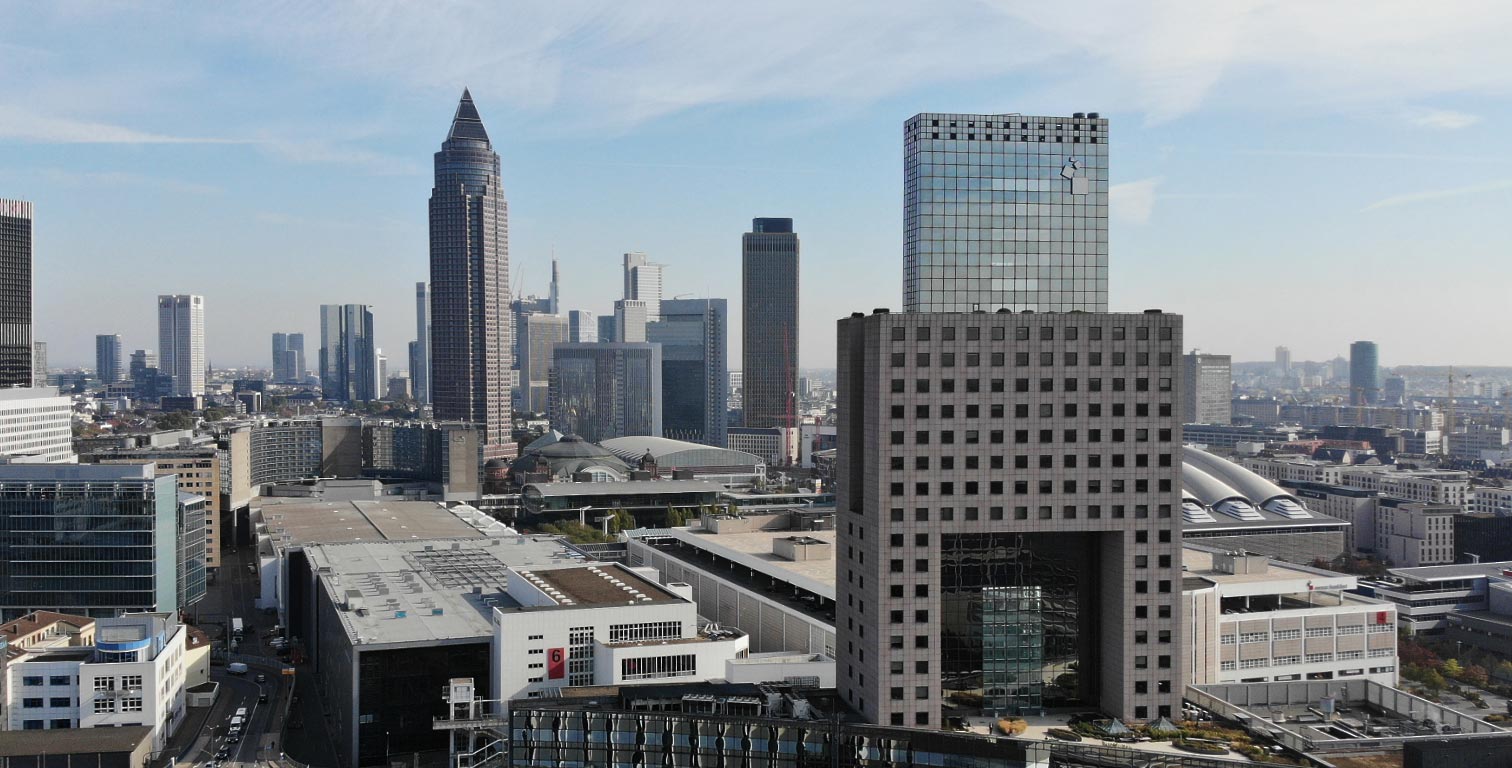 Messe Torhaus (lit. “Fair Gatehouse“) was built in 1984 and is located on the grounds of Messe Frankfurt (the city’s exhibition area). Messe Torhaus divides the exhibition grounds into an eastern and a western part. The skyscraper was designed by the well-known German architect Oswald Mathias Ungers, who wanted to depict plastically the destination of the gatehouse as a “gateway to Frankfurt”. Messe Frankfurt is one of the world’s largest trade fair sites in the world.

The building does not only consist of the pure high-rise tower but of three interconnected components: from a triangular concave low-rise building, the Torhaus tower rises with its reddish stone façade. Messe Torhaus has a square-shaped, multi-storey opening at the front and back. Through this opening, an inner, mirror-glazed component can be seen, which grows out of the outer. Messe Torhaus has 30 floors and a height of 117 meters (384 feet).

The tower is housing the administration of Messe Frankfurt (the company organizing the trade fairs) and the central contact point for exhibitors and visitors: levels two and three contain all the necessary service facilities of contact persons for booth construction, catering and hostess service. Furthermore, you will find the central trade fair information as well as the tourist information including room reservation. Messe Frankfurt also provides a kindergarten here, and it is the only German trade fair venue which offers an in-house prayer room. Also located here is the press center of the fair with all the service facilities for journalists. From Messe Torhaus you also get to the S-Bahn station Frankfurt am Main Messe.

In the immediate vicinity the heating power plant for the exhibition grounds is located. The plant is powered by Frankfurt’s Mainova AG and the Messe Torhaus tower serves as a chimney. Especially on cold days you can see this circumstance due to the vapor exhausting on the roof. Messe Torhaus is considered the building also as the “most beautiful chimney in Frankfurt”.