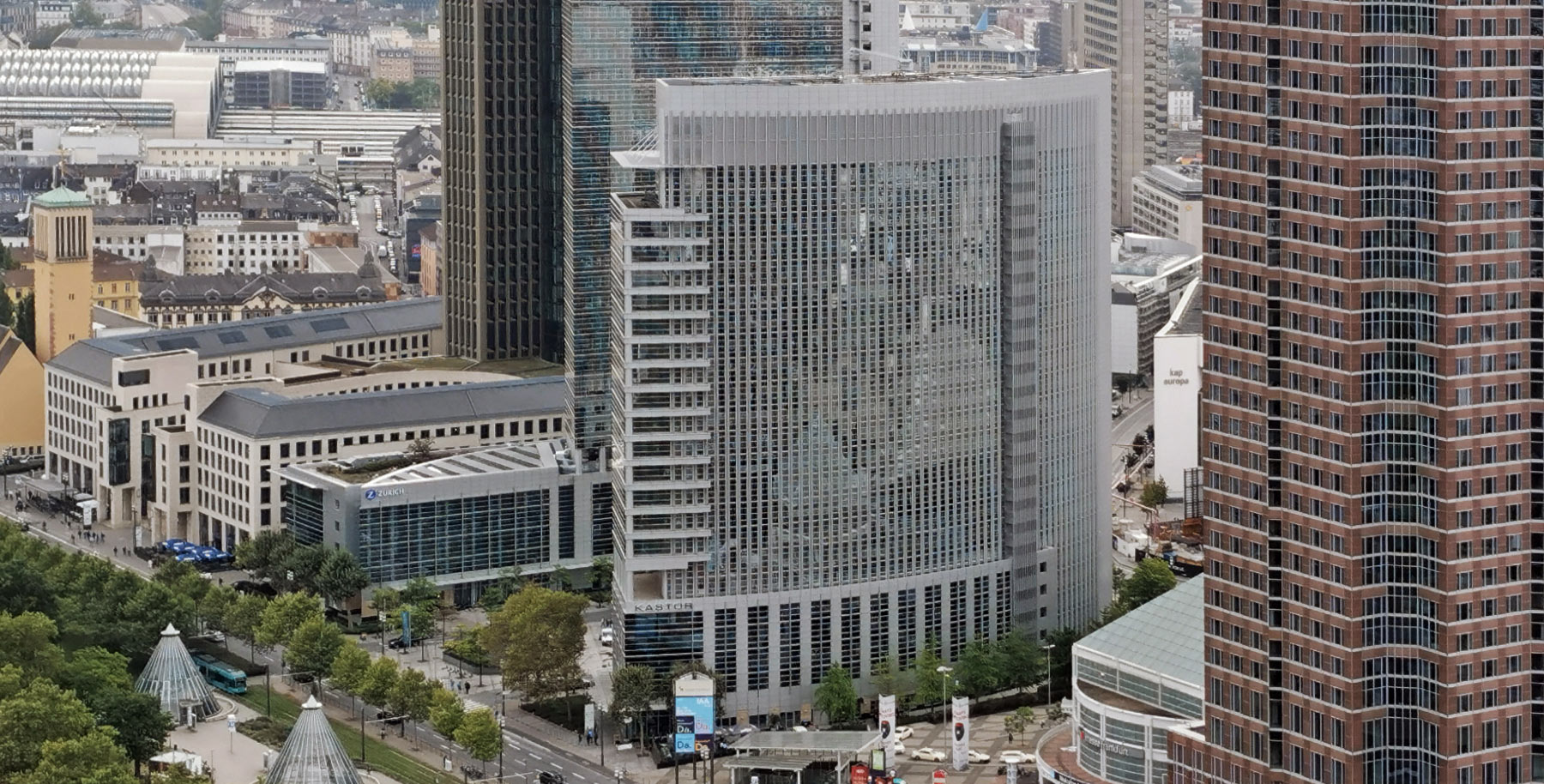 Kastor is located on the Friedrich-Ebert-Anlage in the Gallus district, in close proximity to the exhibition grounds. The Kastor office building has a height of 95 meters (312 feet) and 22 rentable floors. The real estate project is marketed today as the Kastor Tower. In 2014 the property received a LEED Gold certificate from the U.S. Green Building Council.

The Kastor high-rise was built at the same time as the neighboring Pollux high-rise and both were originally marketed together under the name Forum Frankfurt. The unequal twin towers were named after the Dioscuri of Greek mythology, Kastor and Pollux, and were completed in 1997. The design came from New York office Kohn Pedersen Fox Associates and was implemented with NHT + Partner GbR. The Forum Frankfurt costs were around 850 million German Marks to build. Both high-rise buildings were built using combined pile and slab foundations. Today the two towers form the southern entrance gate to the European District.

Kastor is close to MesseTurm (completed), Tower 185 (completed), ONE (currently under construction) and the grounds of the Millennium Area (planned).

The light sculpture “Synergy” (in German: “Synergie”) by the Swiss artist Christian Herdeg stands in front of the Pollux in the green area at the square Platz der Einheit (lit. “Place of Unity”). An oval fountain that surrounds the sculpture enhances the effect of the water reflection. The light installation is intended to express the interaction of space, light, and time.

The city model in the Planning Department shows the Kastor Tower and the surrounding high-rise cluster of the European District. 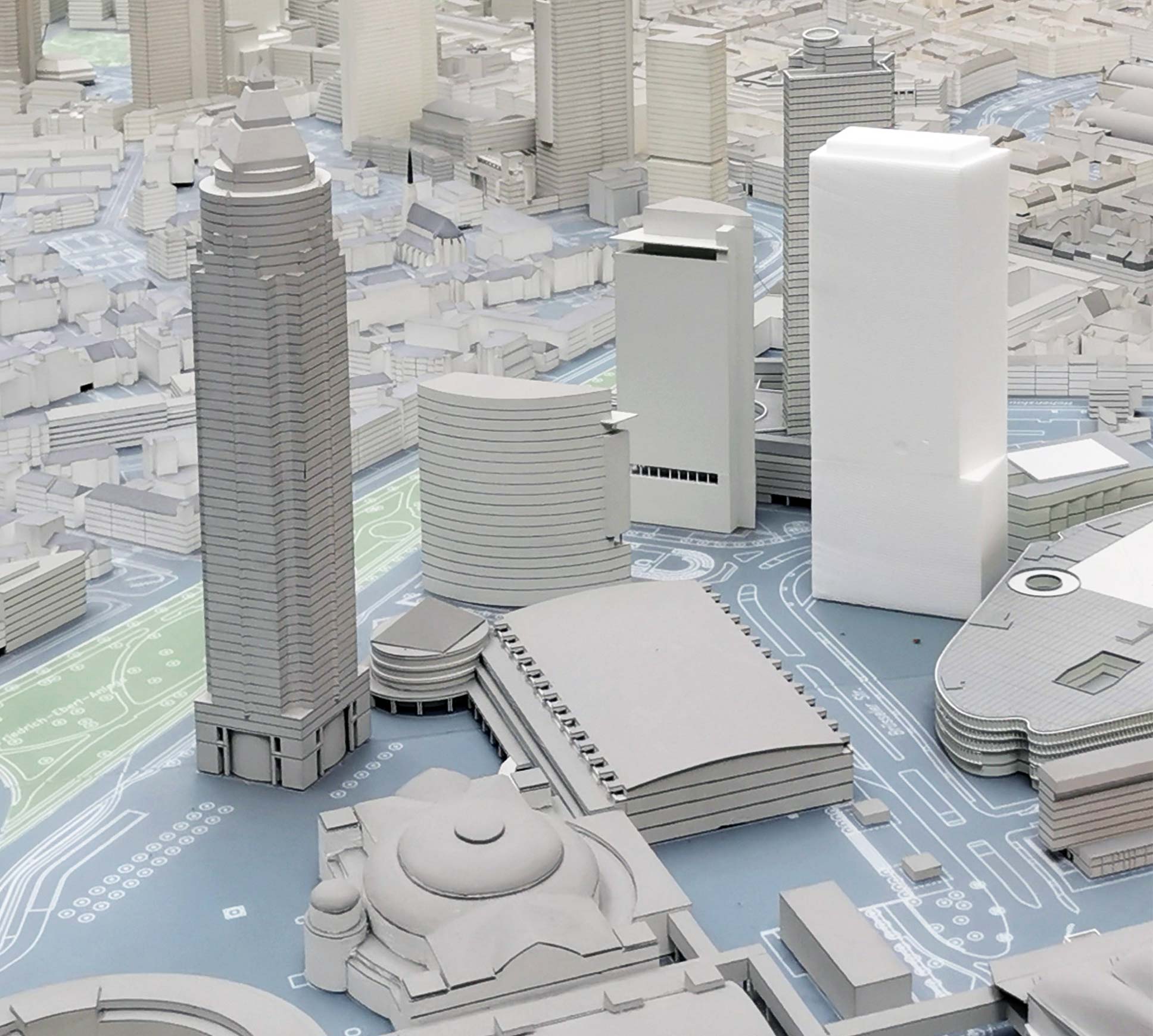