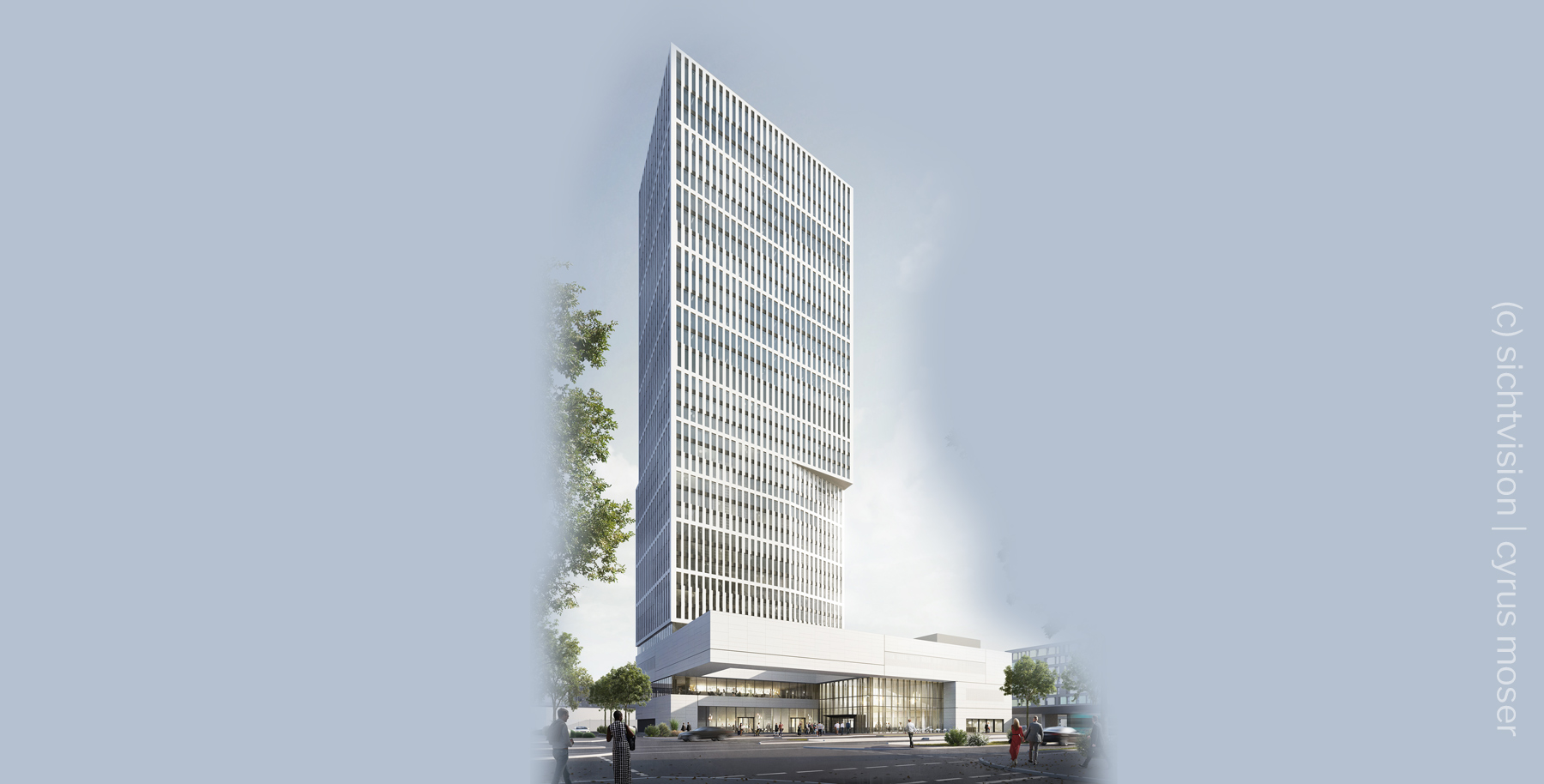 Score: 80 of 100
Powered by ViertelCheck

Sparda Bank Tower is a new high-rise building that will be built in the European District of Frankfurt by 2025. Construction started in 2022. The building was designed by the architects cyrus moser. The property is owned by Sparda Bank Hessen eG, which acquired the building from the project developer Zech. Sparda Bank will also be one of the main tenants.

In addition to the office space, the high-rise tower will primarily contain hotel space from the ATLANTIC Hotel Group. The hotel will be housed in the lower part (between the 5th floor and 18th floor). Below the hotel the conference areas and rooms for catering will be constructed. The technical floor (19th floor) separates the hotel from the office space above it. Between the 20th floor and the 25th floor, open-plan offices are being built, which are to be used by Messe Frankfurt. Between the 26th floor and the 32nd floor freely rentable offices will be created. The two top floors in the tower head will contain building technology. The official height of the new skyscraper is exactly 123.10 meters up to the top of the roof (117.10 meters plus 6 meters of technical construction – see building section). Status of this information: End of 2020. Note: When you count floors in Germany, the ground is floor #0 and not #1.

Status November 2022: The foundation pit has officially been completed and work on the floor slab has begun.

Status February 2022: On February 2, the groundbreaking ceremony for the Sparda Bank Tower was celebrated. The planned completion date for the high-rise building at the south entrance to the trade fair center is 2025.

Status January 2022: An official building permit has been issued for the 124-meter-high building. After the demolition work on the construction site, the groundbreaking ceremony for the new high-rise is to be celebrated on February 2nd.

Status May 2021: Two anchor tenants of the new high-rise have been announced: Sparda-Bank Hessen and Atlantic Hotels. The architectural office cyrus moser also received the commissioning according to LPH 5 (implementation planning) from the client. The building application has been submitted. The law firm Noerr provided legal support for Sparda Bank Hessen eG when purchasing the property.