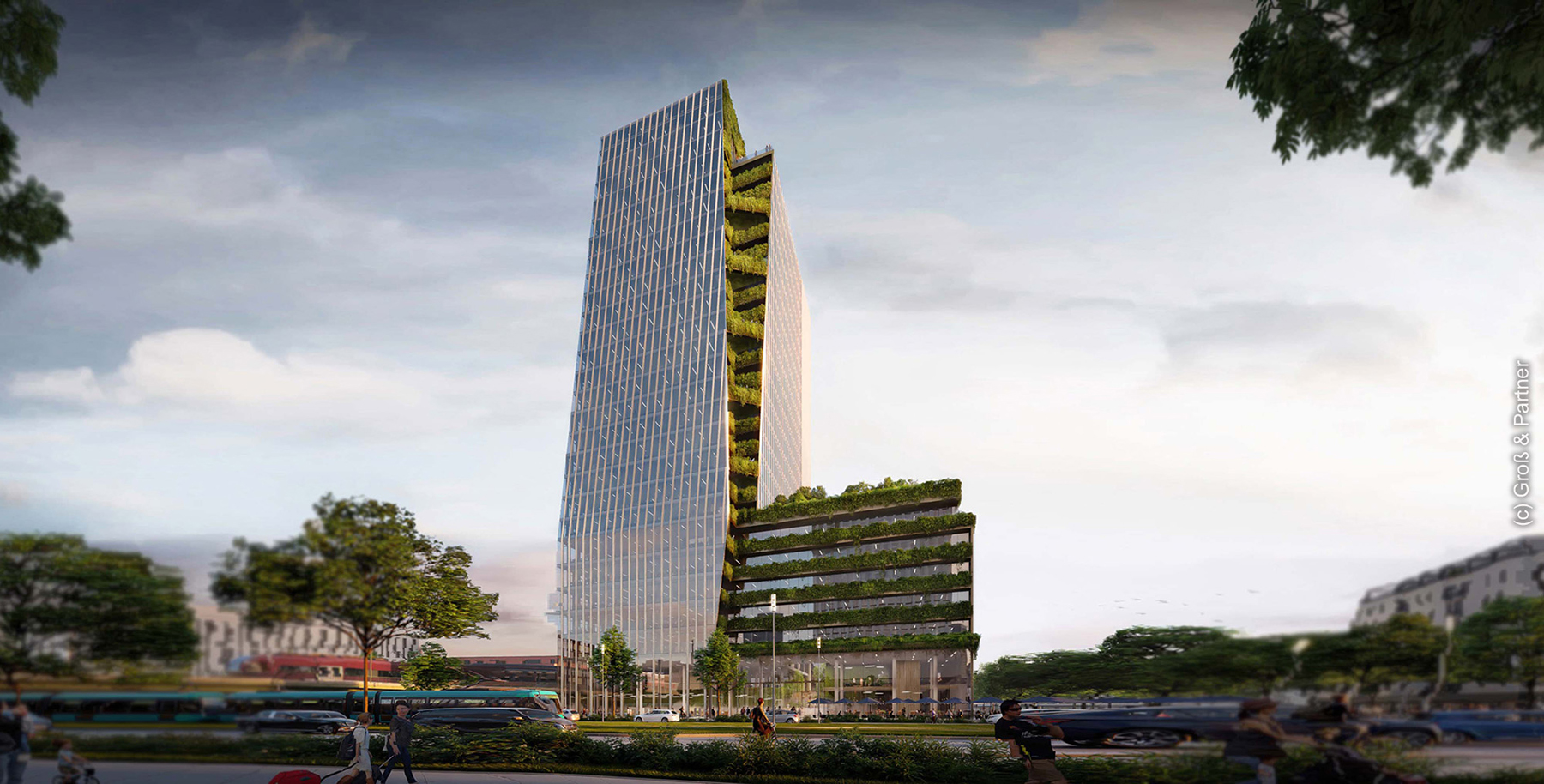 Score: 79 of 100
Powered by ViertelCheck

Directly opposite the Sparda Bank Tower, which is currently under construction, a green office building with a height of over 100 meters is being built on the last vacant site in the Europaviertel district under the name NION. The design comes from the renowned architectural firm UNStudio from Amsterdam, which also planned the FOUR Frankfurt. Frankfurt-based project developer Groß & Partner acquired the approximately 3,200-square-meter site next to the striking water tower in September 2020 and has since been pushing ahead with plans for a high-rise office building. Originally, the Porsche Design Tower, an exclusive high-rise residential building approximately 80 meters high, was planned for the site.

The high-rise building will be designed with a flexible skeleton structure in classic reinforced concrete construction. The shell will be prefabricated and expanded using a modular construction method. Completion of the NION is scheduled for early 2026.

Status July 2022: Instead of the Porsche Design Tower, Groß & Partner are building a green 106-meter office building called NION. The design comes from the renowned architectural firm UNStudio from Amsterdam.