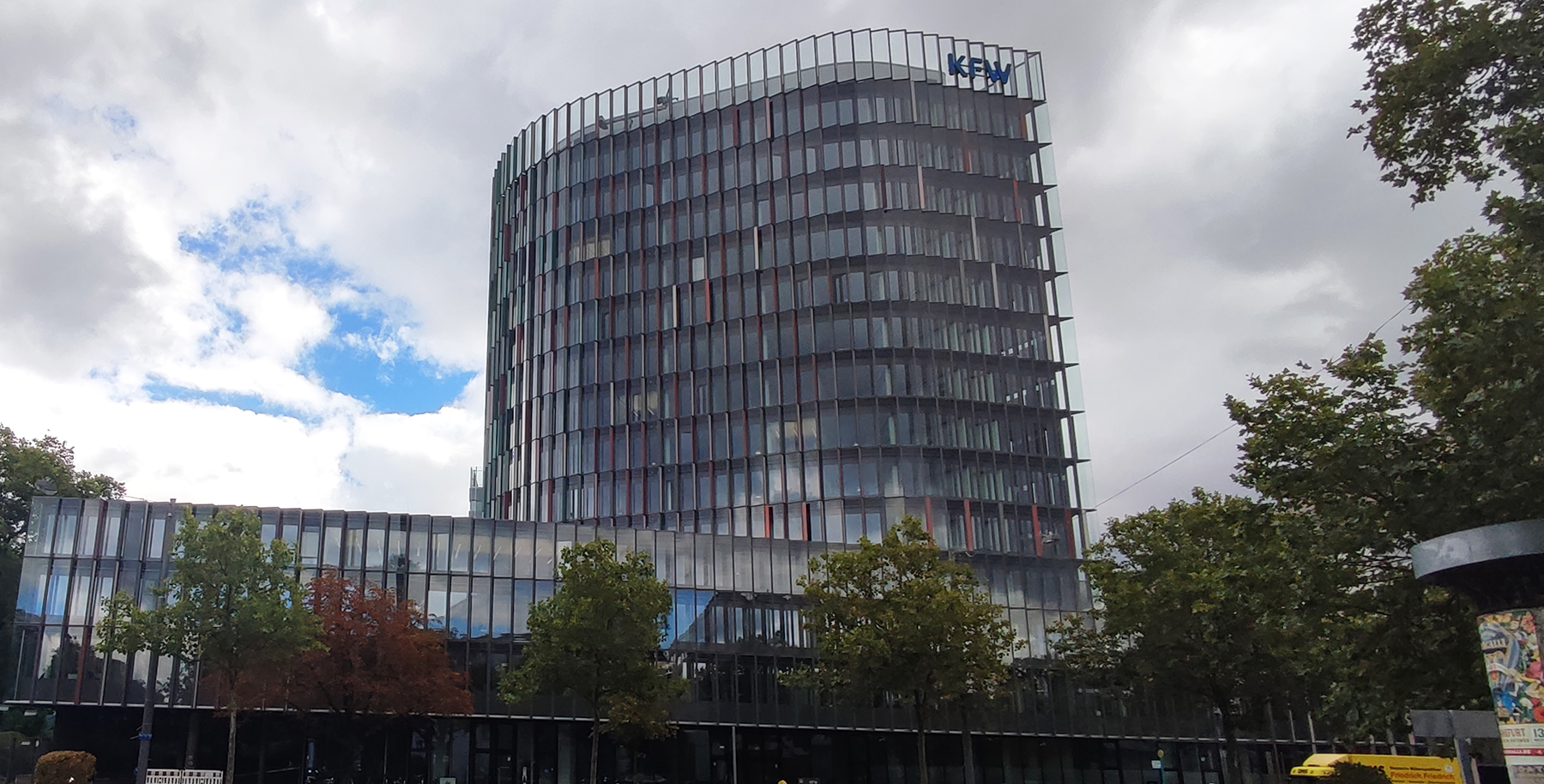 The KfW West Arcade is a high-rise building with offices and conference center completed in 2010. The building is located in the Westend district at the beginning of Zeppelinallee between Bockenheimer Landstraße and Palmengarten and is supplemented by a four-story timber-framed building that connects to the existing area of the banking group. The client and owner is the Kreditanstalt für Wiederaufbau. The building was designed by the Berlin architectural office Sauerbruch Hutton.

There is space for up to 700 employees on 15 floors with a total of around 17,670 square meters of floor space. Each floor has between 630 and 720 square meters of space, which can be divided up individually to meet specific requirements. The building services are designed in such a way that the offices can also be restructured at a later date.

The double facade of the West Arcade catches the eye directly

View into the double facade of the skyscraper

A characteristic feature of the 8,100 m² double facade are the visible and colored motor-controlled flaps in the outer shell. A special feature is their design as a pressure ring, which serves to balance the wind pressure conditions at the window openings of the office rooms. In addition, the arrangement of pivot and tilt windows allows for natural window ventilation. In 2011, the West Arcade received an award from the Council on Tall Buildings and Urban Habitat at the Technical University of Chicago as the best high-rise building in the world. It was judged on design, energy efficiency and impact on the city. With a primary energy consumption of 98 kilowatt hours per square meter per year, it was one of the office buildings with the highest ecological standards worldwide in 2011.