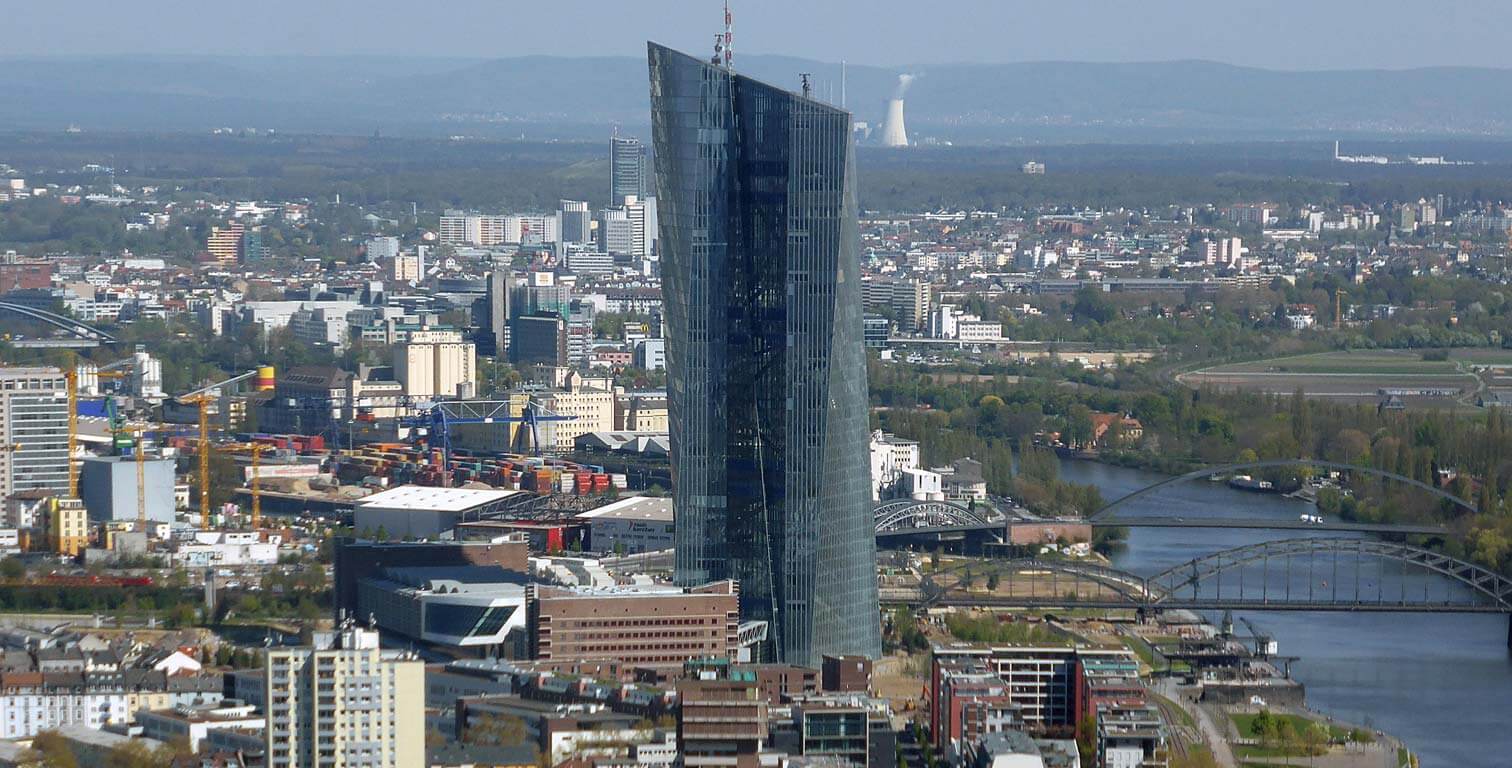 The headquarters building of the European Central Bank (ECB) is located in Frankfurt’s Ostend district and bears the name Skytower. The Ostend is a former industrial area that is currently changing into a trendy residential and working district. The ECB high-rise is “safely located” away from Frankfurt’s Financial District, where most other banks have their headquarters. The ECB tower is located on the northern bank of the Main river. On the other side of the river Main, just a few hundred metres away, is the Main Plaza high-rise. Also, the Light Tower in the Eastside Frankfurt area is also within sight.

The building ensemble of the ECB high-rise consists of three elements: the former Grossmarkthalle from 1928, a 185-meter-high north tower and a 165-meter-high south tower, which together with an antenna on the north tower reach a total height of 201 metres, as well as an entrance structure connecting the hall and the towers. The double tower was built in deconstructivist style. From a distance one has the feeling that the combined towers cannot stand still at all. The design for the ECB high-rise was created by architect Wolf D. Prix of Coop Himmelb(l)au.

The ECB also uses the Eurotower and the Japan Center in Frankfurt for its employees.

The ECB headquarters in the evening with the Financial District skyline in the background, photographed from one of the most popular photo locations in Frankfurt:

Status March 2020: A low office building of around 60 meters height (197 feet) could be built on the property of the ECB, a spokesman for the City of Frankfurt told the German-speaking newspaper Frankfurter Neue Presse. The unique selling point of the current skyscraper should be retained with this height limitation.

Market Twittering November 2019: The ECB is bursting at the seams. According to information from well-informed real estate insiders, the ECB is evaluating the construction of a new high-rise building on its site in Ostend next to the Skytower. We think: If this is the case, it will absolutely be essential that an extension will match the existing twin tower optically. In such a case the choice of Coop Himmelb(l)au would be obviou (who designed the original building complex).