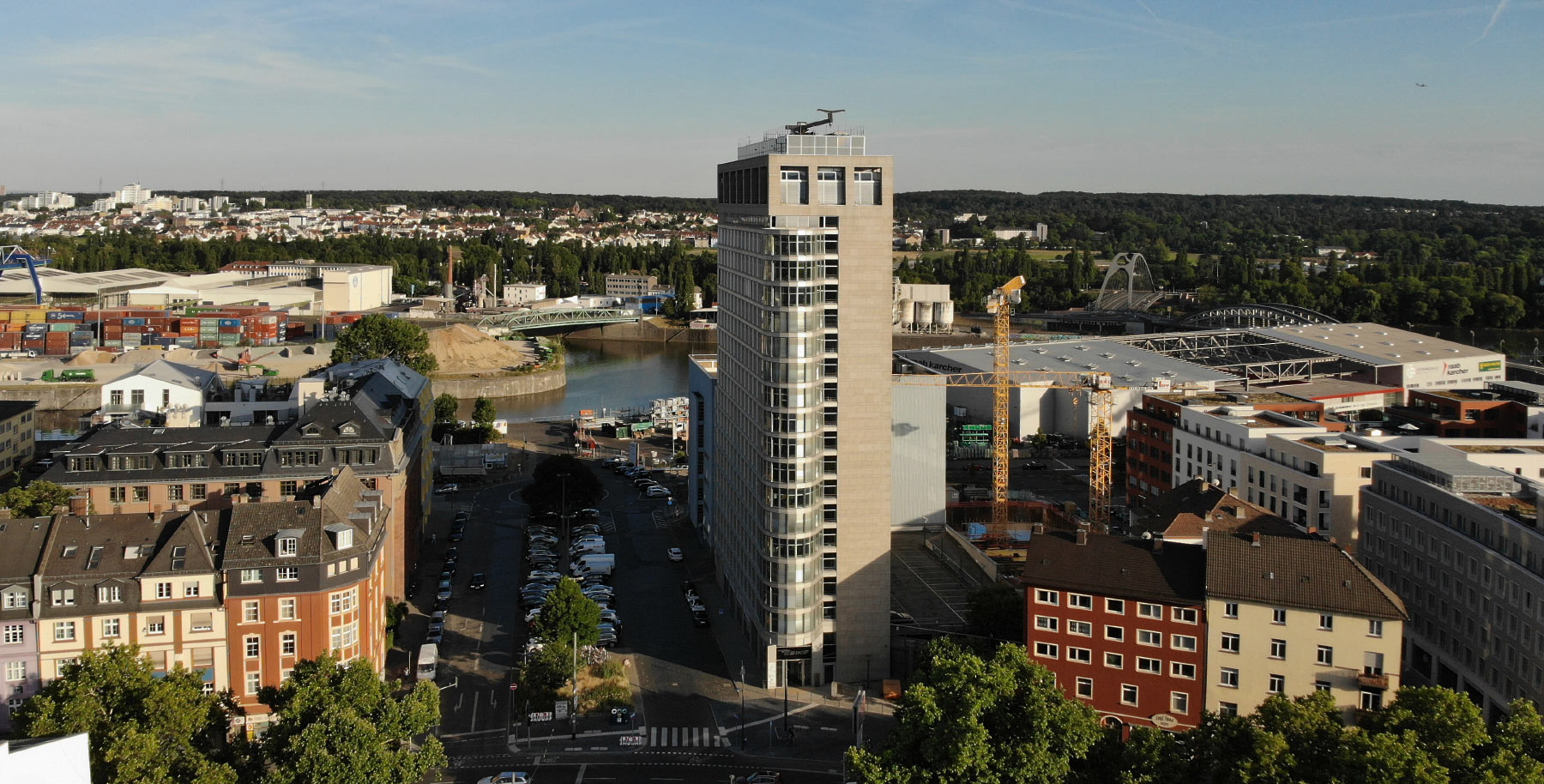 Light Tower (also called Lighttower) is an approx. 75 meters (492 feet) high office tower on Hanauer Landstrasse, which was designed by the architects meyerschmitzmorkramer. Light Tower was created after a complete renovation by the Wolff & Müller construction company in 2005. The office building was originally built in 1966 and was vacant at the turn of the millennium due to its age. The office building was finally acquired by the real estate company Deka, which then renovated and repositioned the property.

Lighttower Frankfurt has 20 floors and an area of around 10,000 square meters. The tower is located in the City East area, an area formerly heavily influenced by industy that has been transformed into a location for offices and living in the last 20 years or so.

There is office space for rent in the Light Tower. The larger tenants of the property include the real estate financier Hüttig & Rompf AG, the office lessor REGUS and the Frankfurt Economic Development Corporation (Wirtschaftsförderung Frankfurt).

The Frankfurt Economic Development Corporation is particularly committed to promoting the location on behalf of the City of Frankfurt. This includes, for example, participation in real estate exhibitions such as MIPIM and EXPO REAL, in order to convince investors of the attractiveness of Frankfurt and the FrankfurtRheinMain Metropolitan Region.

This is what the former office building at Osthafenplatz looked like before the renovation. The photo was taken in July 2001.

Around 200 meters away from Light Tower, the Great East project will be built by 2022, a high-rise project with condominiums and rental apartments.