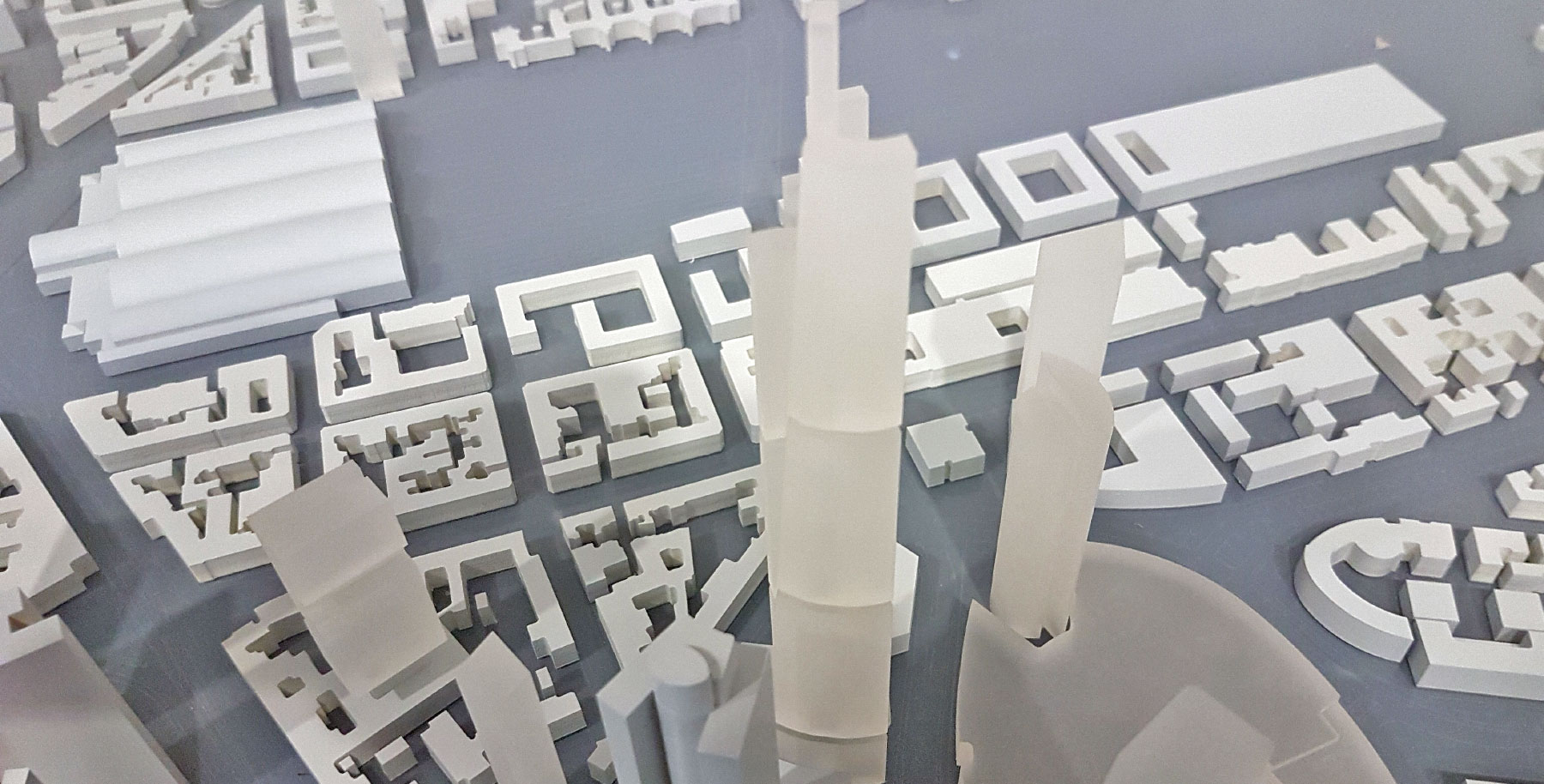 Millennium Tower, formerly also called T365 (Tower 365), is a visionary and not yet constructed high-rise project in the European District of Frankfurt having a planned height of 369 meters (1,210 feet). The initiator of the plans for the Millennium Tower was EIM (Eisenbahn Immobilien Management, today CA Immo Germany).

The concept for Millennium Tower was created in the late 1990s by the architecture firm Albert Speer & Partner as part of the high-rise development plan of the city of Frankfurt in 1998. According to the skyscraper master plan, the height of the skyscraper should have been up to 369 meters (1,210 feet) with over 200,000 square meters (2,152,782 square feet) of usable space on 97 floors. The tower was granted building permission in May 2001, but the planning has never started. As things stand today, the plans will never come into reality.

Millennium Tower was to be built at Osloer Strasse, in direct proximity to the skyscrapers Tower 185 and ONE, which were also developed by the company CA Immo. With the existing skyscrapers at this location, in particular MesseTurm, Kastor and Pollux as well as the new high-rise buildings Grand Tower, EDEN and The Spin, a new cluster of skyscrapers is being built here.

Prof. Jochem Jourdan is an architect and urban planner. From 1998 he presented two high-rise development plans for Frankfurt, which also examined the Millennium area as a high-rise location. The readers of SKYLINE ATLAS submitted questions that the renowned urban planner answered now.

Status November 2021: The presentation of the official competition results will take place on December 6, 2021 from 2 p.m. The SKYLINE ATLAS editors will report on site with pictures, short videos, and facts.

Status August 2020: A report of the FAZ newspaper (see below) has caused a whole avalanche of reports on the Millennium Tower in Germany. Our editor Daniel Kieckhefer has outlined the current situation in this article: High Expectations and a Lust for Returns: CA Immo’s Difficult Decision

Status August 2020: The editor Rainer Schulze writes in his article for the Frankfurter Allgemeine Zeitung (a newspaper in German language) that one of the two planned towers is expected to be 260 meters (853 feet) high, which is one meter (3.28 feet) more than Commerbank skyscraper (without measuring its antenna). The new tower would strictly speaking become the tallest skyscraper in Germany. The other high-rise should reach a height of at least 150 meters (492 feet). The project developer CA Immo stated that it can be assumed that a similar strategy would be followed as for the construction of the ONE (an office tower with public use), which is also being developed by CA Immo. At the end of September 2020, CA Immo wants to comment on the plans in more detail.

Status February 2020: Markus Diekow, spokesman for CA Immo, explained in a newspaper interview with Frankfurter Rundschau editor Christoph Manus that a single high tower at this location would currently make little sense for the local real estate market. Instead, two mixed-use towers are intended to be built, which would also include a residential component. The aim of CA Immo is to start a competition for this project in 2020.

Status October 2018: At the laying of the foundation stone of the tower ONE nearby the Millennium Tower site, the project developer CA Immo stated that a test-plan for the Millennium Tower had begun. The plans, however, would not use the full height of the original project that would be possible. According to CA Immo, construction should commence here once the ONE skyscraper project is completed in 2021. CA Immo justifies the reduced height with too high construction costs involved.

Status October 2007: At the real estate fair Cityscape in Dubai, United Arab Emirates, Millennium Tower was presented as a building mass model. The height was about 370 meters (1,124 feet) and the gross floor area was given as 215,000 square meters (2,314,240 square feet). The use of the building should have been 70 percent office and 30 percent residential, and it was marketed as the European headquarters for global companies. In addition, apartments, hotels and other uses were envisioned for the project. Due to the economic crisis from 2008, the marketing ambitions were initially reduced.

Status Winter 2000: At the end of 2000, New York-based real estate tycoon Donald Trump announced that he was planning the Millennium Tower as the tallest residential tower in the world. In cooperation with Marseille-Kliniken AG, TD Trump Deutschland AG was founded. During a conversation with Petra Roth, Mayor of Frankfurt, Trump suggested that construction begin in 2002 or 2003. However, TD Trump Germany was dissolved in 2005 in disputes, lawsuits and prosecutorial investigations.