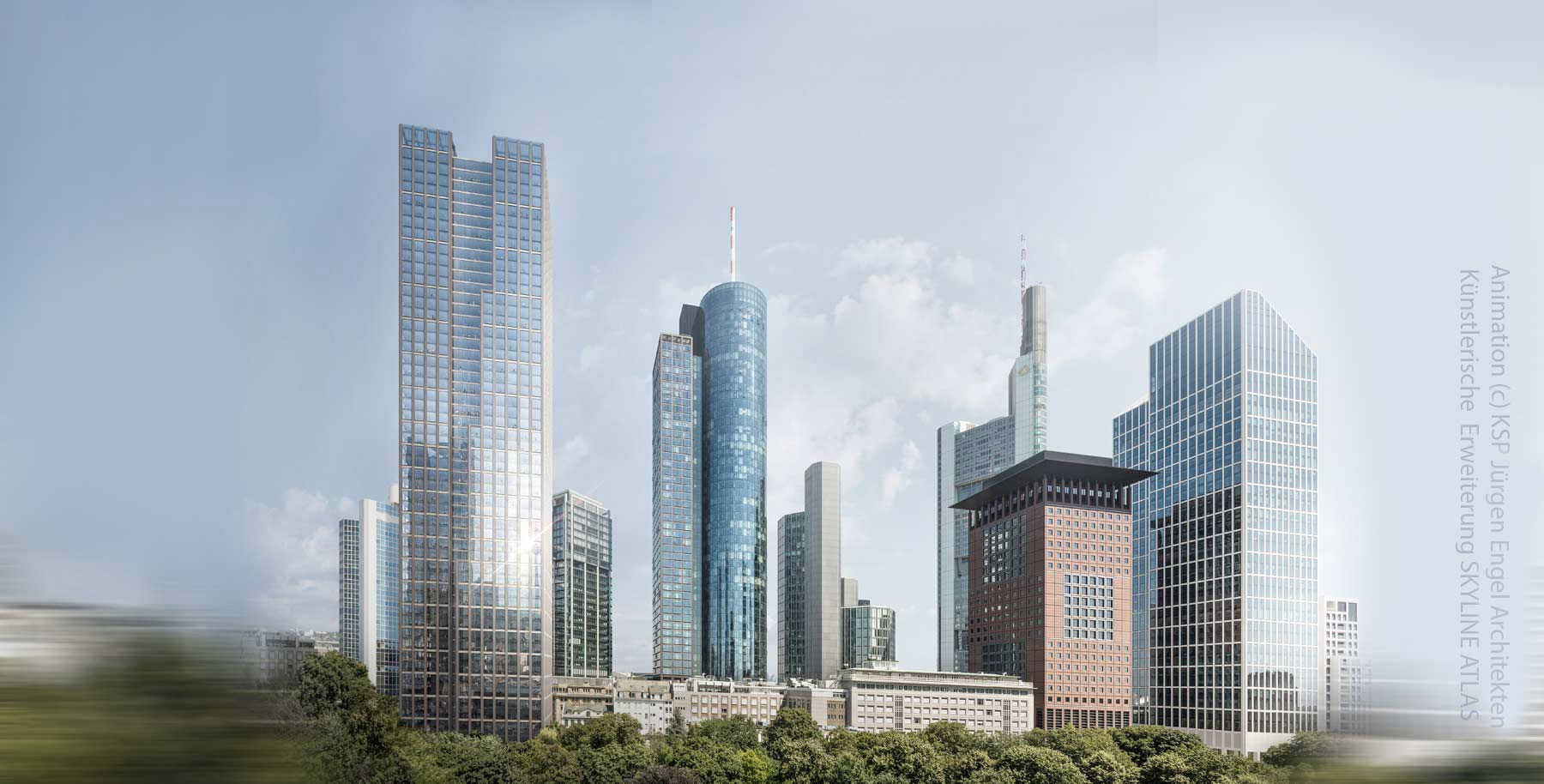 Score: 93 of 100
Powered by ViertelCheck

At the intersection of Neue Mainzer Strasse and Junghofstrasse, a new skyscraper is to be built. The plans for the skyscraper are from the past and originated in the year 2001. The architectural design included an approximately 197 meters (646 feet) tall office building designed by KSP Jürgen Engel Architekten (at the time known as KSP Engel und Zimmermann, today KSP Engel). In 2001, the Frankfurt based architectural office took first place in the competition sponsored by Frankfurter Sparkasse and Württembergische Hypothekenbank AG.

The planned tower by the KSP Engel architectural office has around 52 storeys and approximately 95,000 square meters (1,022,571 square feet) of gross floor area. With its transparent facade, the building will form a counterpoint to the adjacent twin towers of Deutsche Bank.

In mid-2018, the property was sold by Frankfurter Sparkasse 1822 to the Hessische Landesbank (Helaba), which had also built the nearby MAIN TOWER. The project is being implemented by Helaba as client and project developer. The Helaba subsidiary OFB Projektentwicklung provides support in project management and the shell construction work is carried out by Ed. Züblin AG.

Alternative working titles for the skyscraper are Helaba Tower, Neue Mainzer Strasse 57-59, and Veritas. In the 1998 high-rise development plan, the Central Business Tower was known as Frankfurter Sparkasse 1822 and Württemberger Hypothekenbank.

Status May 2022: Many different types of work are taking place on the construction site at the same time. Underground, the floor slab of the former high-rise building is being dismantled. At the same time, the foundation piles for the new Central Business Tower are being prepared. There will be a total of 86 foundation piles with a diameter of 1.80 meters – they will be set up to 60 meters deep into the Frankfurt soil.

Status January 2022: After a positive decision on the preliminary building application, the project can be implemented. Currently, demolition work is still taking place on the site until April 2022.

Status November 2021: The project details have been updated, the building is now called the Central Business Tower. The demolition work on the existing building is expected to start this month. A construction period of six years is expected. The construction company the Ed. Züblin AG has been commissioned. The skyscraper will be ready for occupancy by the end of 2027. Full completion is expected in early 2028.

Status May 2020: Helaba board member Christian Schmid stated that the World Cultural Museum (Weltkulturen-Museum) would receive a branch on the fourth floor on 900 square meters for 15 years without the need of paying a rent. No information was given on the start of construction or completion of the new skyscraper.

Status October 2019: The press office of Helaba stated that the project is currently under further planning and therefore no new information on this project can be published yet.