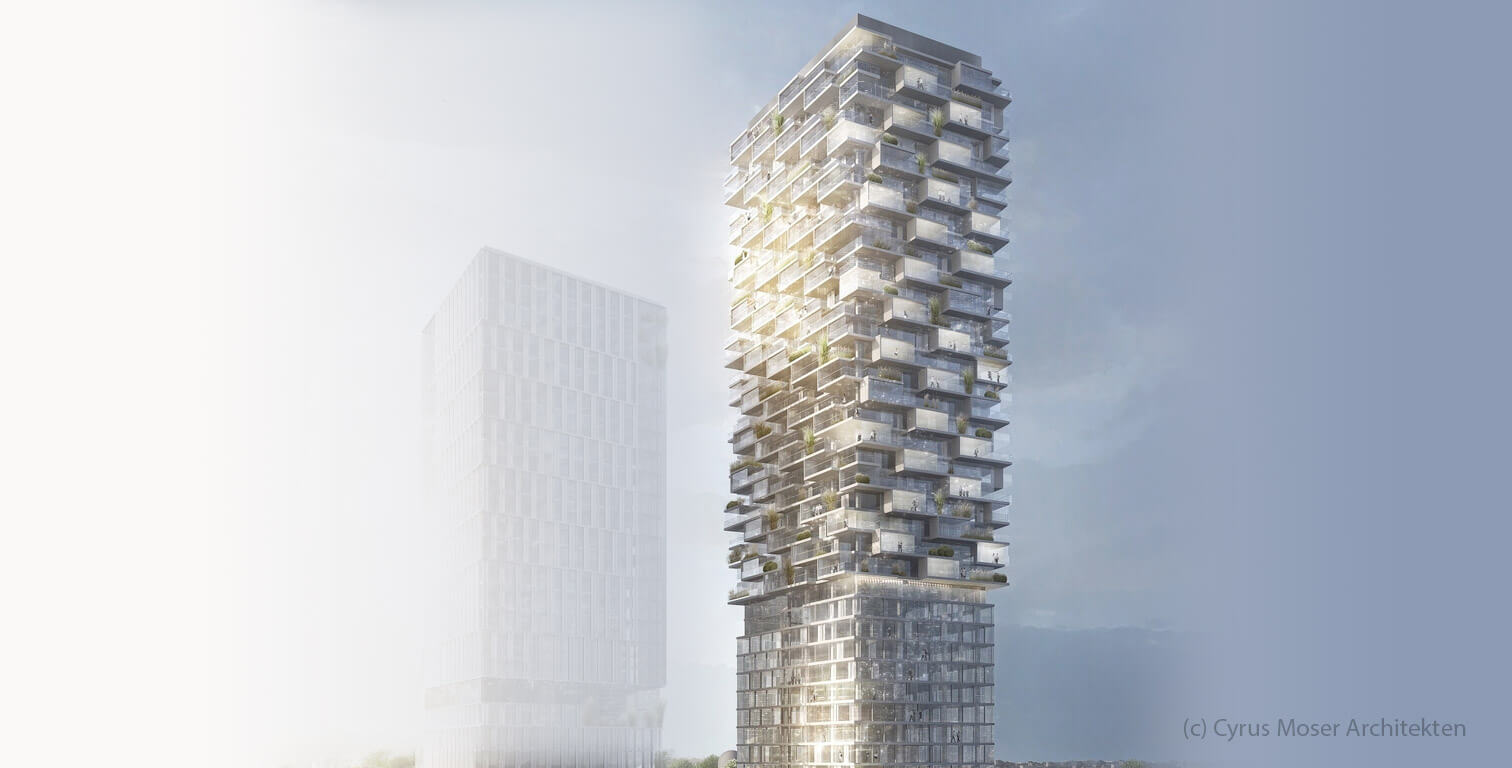 The construction costs for ONE FORTY WEST amount to approximately 279 million euros. A total of 52,000 square meters of residential space and a 4-star (plus) hotel will be built on 41 overground floors. The hotel will be built in the lower part of the high-rise up to the 23rd floor and will operate under the brand name Meliá (originally the hotel was to be accommodated on fewer floors, but the space for the hotel has meanwhile been expanded). On the 16th floor, a publicly accessible restaurant provides an unobstructed panoramic view of the Westend and the Frankfurt skyline. The apartments are between 50 and 137 square meters in size. The units feature balconies with views of the CBD skyline and/or the Taunus. In total, balconies with a total length of almost 3 kilometers were built around the tower.

In addition to the ONE FORTY WEST tower, further buildings form part of the quarter: another high-rise building (Senckenberg-Turm), a six-storey office building (21West), a two-storey kindergarten for ABG Frankfurt Holding and an underground car park.

Following the guiding principle of an open-plan neighborhood, the public footpath relationships provided in the development plan were taken up and continued into the neighborhood. Oriented towards Robert-Mayer-Strasse and Senckenberg Museum, a central, public district square with a high quality of stay is being built. The car development of the district takes place exclusively from the Senckenberganlage, so that through traffic for the adjacent residential areas is avoided.

Particular attention is paid to the design of the open space and the greening of the area. This is how all suitable roof surfaces are landscaped. In addition, trees are planted within the open spaces, which complement the old stock along the sides of the street. There are also about 60 bicycle parking spaces in the outdoor areas of the neighborhood. Originally a LEED building certification was intended for ONE FORTY WEST, but such a certification will not take place now.

Owners of ONE FORTY WEST are joint ventures of Commerz Real AG and Groß & Partner Grundstücksentwicklungsgesellschaft mbH. Commerz Real will add the high-rise to the portfolio of its open-ended real estate fund Hausinvest after its completion.

Status August 2020: Drone flight in Frankfurt at One Forty West featuring views over the Westend district.

Status July 2020: From far away the ONE FORTY WEST tower looks almost finished, but the construction work will still take some time. According to cyrus moser, the final completion of the apartments of ONE FORTY WEST will take place in spring 2021. The hotel will be ready in September 2020.

Status September 2019: The height of ONE FORTY WEST is not 140 meters.

Status September 2017: The site of ONE FORTY WEST is currently being excavated.