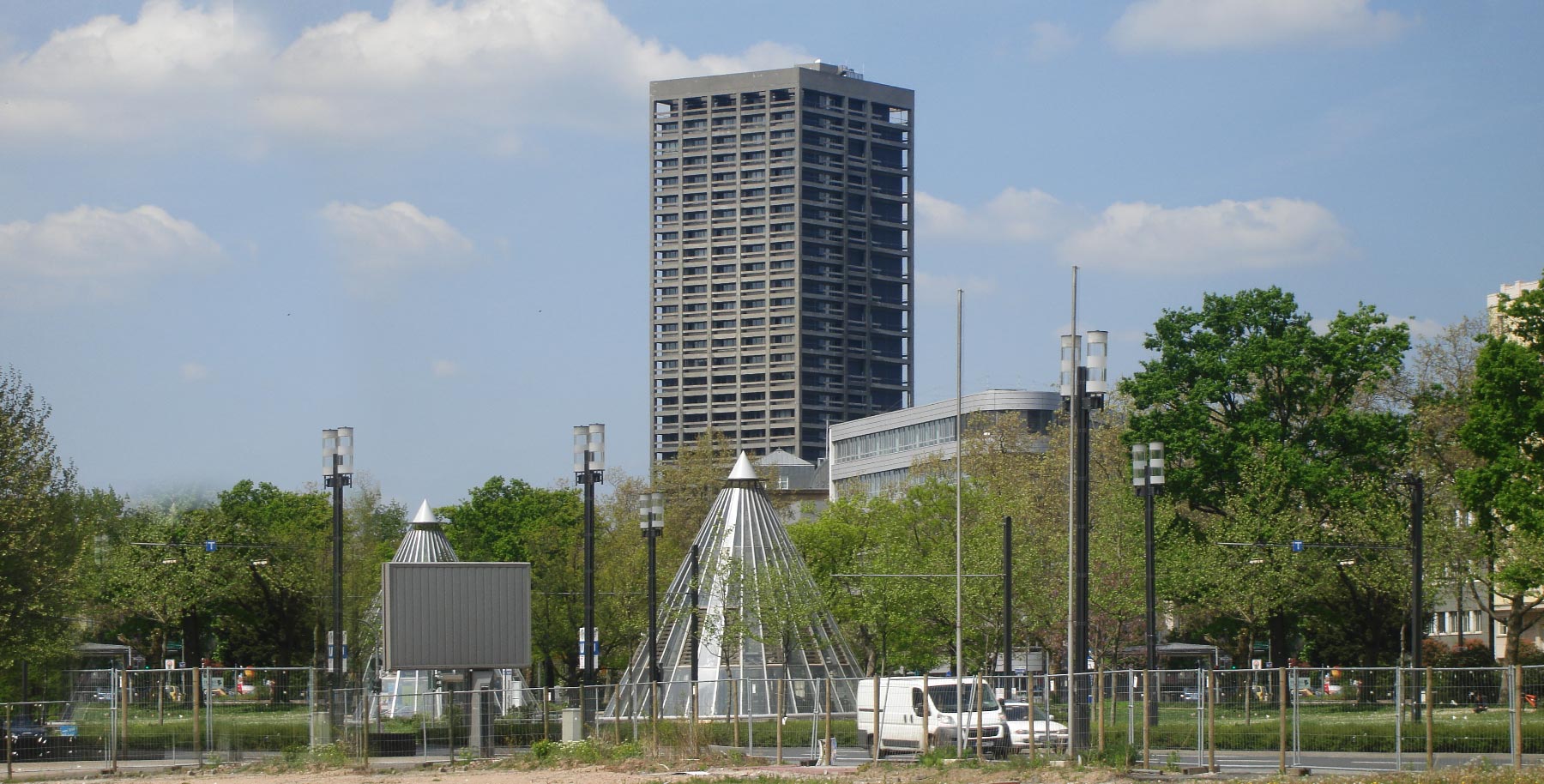 The AfE Tower (AfE-Turm) was a 116-meter-tall high-rise used by Johann Wolfgang Goethe University. The AfE Tower belonged to the Bockenheim campus of the university and housed the offices and seminar rooms of the departments of Social Sciences, Educational Sciences and Psychology until March 2013. The abbreviation AfE refers to the “Department of Educational Science” of the university. However, this department never moved into the high-rise tower, as it was already closed by the AfE Tower before it opened.

The north side of the tower, which was Frankfurt’s tallest building when it was erected, housed the social sciences library and seminar rooms with a height of one and a half floors. The south side of the skyscraper consisted of offices at single storey height, which meant that between the two halves of the tower there was a complicated system of stairwells and intermediate floors that made orientation considerably more difficult.

The 116 meter high reinforced concrete building had 165,000 cubic metres of enclosed space. There were two basements and 32 upper floors. The building was based on a square reinforced concrete floor slab with an edge length of 42.5 metres and a thickness of 3.6 metres. The upper standard floors with a height of 3.4 meters had square floor plans with an edge length of 33.4 meters. The façade consisted of precast lightweight concrete elements.

The AfE Tower was originally designed for 2,500 students. Since its opening, however, the building has been occupied by a much larger number of students, so that waiting times of more than 15 minutes often had to be expected at the seven lifts. Of the seven lifts, only five were working, and the lifts got stuck regularly.

It was finally decided that the university should receive numerous new buildings on the Westend campus. The outdated technology also made the AfE Tower superfluous. The high-rise building had been empty since May 2013 and was blown up in February 2014. The new ONE FORY WEST skyscraper will be built in its place.

On July 8, 2013, demolition of the AfE Tower began, which was to take ten to twelve months. In December 2013, it became known that the owner (ABG Frankfurt Holding) was planning to demolish the AfE Tower, contrary to original announcements, after the core removal and pollutant remediation had been completed. The controlled demolition of the tower was carried out on 2 February 2014.