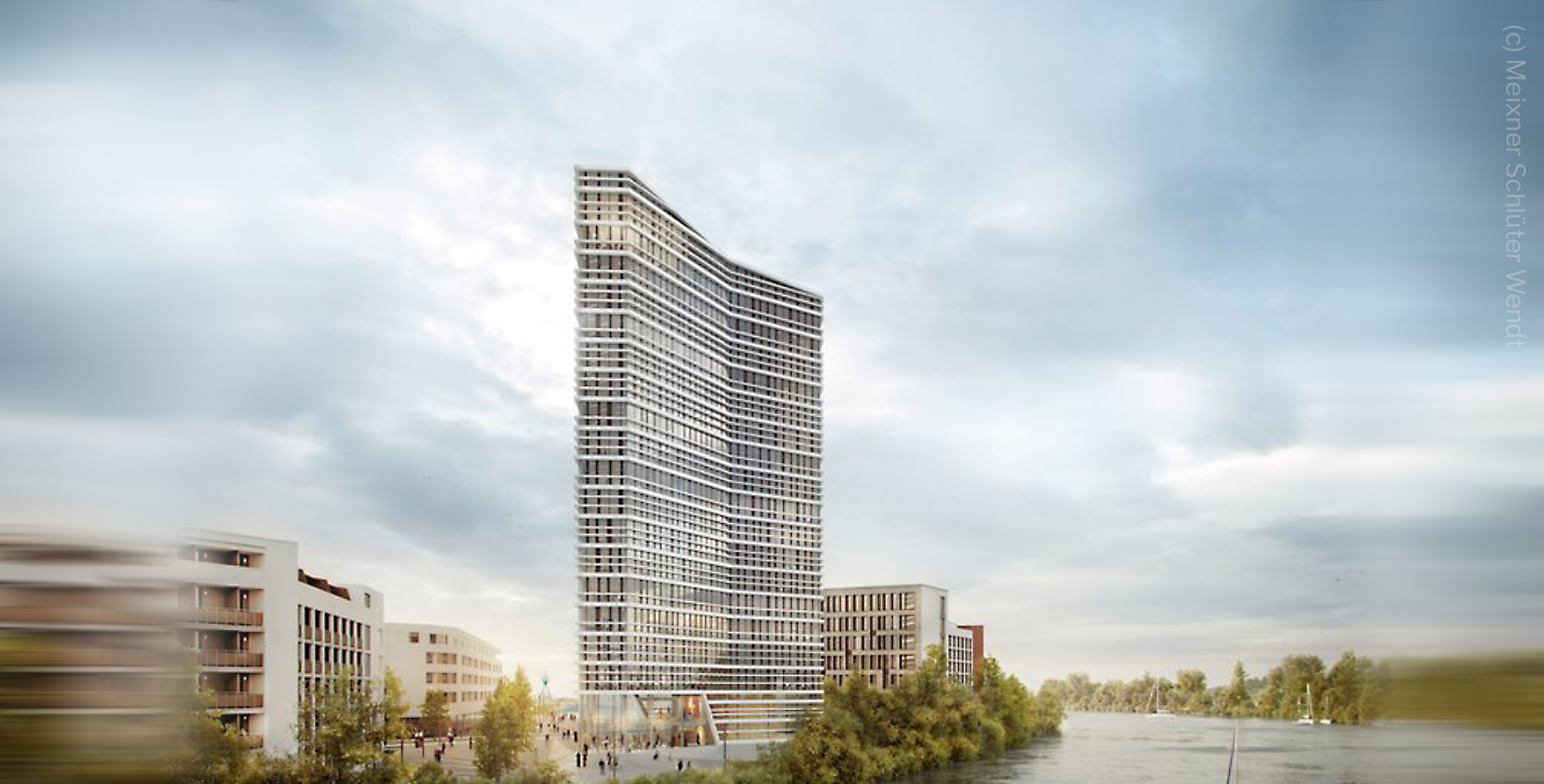 Score: 71 of 100
Powered by ViertelCheck

In new Harbor of Offenbach, the office tower Wayv (former project name: MAIN GATE EAST) will be built from 2020 onwards. For further planning, project developer Eyemaxx Real Estate AG and OPG Offenbacher Projektentwicklungsgesellschaft mbH, a Stadtwerke Offenbach Group company, held an architecture competition in the early summer of 2019. In addition to the Eyemaxx and OPG representatives, the jury included the Offenbach city council Paul-Gerhard Weiß and Simon Valerius from the Offenbach office for urban planning, traffic and construction management.

The first prize in the architectural competition was won by the architecture firm Meixner Schlüter Wendt from Frankfurt, who are known for their numerous designs in the Rhine-Main area. Above all, the jury of experts justifies the decision to award the winners’ place because the design by Meixner Schlüter Wendt represents a successful composition in the urban environment. For example, the plans for the office building include a façade structure made of steel and glass, which allows the building to be perceived as an appearance of the surroundings. In addition, the flexibility of the surfaces and the high incidence of light should be an advantage.

Wayv is to be built in the east of Offenbach Harbor and reach a height of 70 meters (230 feet). According to Phorio, Wayv is the first new high-rise building in Offenbach since the construction of City Tower in 2003.

The Wayv tower already received pre-certificates for sustainability according to DGNB Gold and for exemplary connectivity according to WiredScore Gold before the start of construction.

Eyemaxx received planning permission in summer 2021 for the Wayv office tower project, whose project volume was stated at € 82 million and 13,700 sqm of lettable space, and a broker had already been appointed in Black Olive.

Following the insolvency of the German-Austrian real estate developer Eyemaxx Real Estate in autumn 2021, no new developer has yet been announced for the project.

Status December 2021: No construction progress can be recognized.

Status July 2020: According to a press release, the project name changes from MAIN GATE EAST to Wayv. Also the start of construction was postponed by around a year to summer 2021.