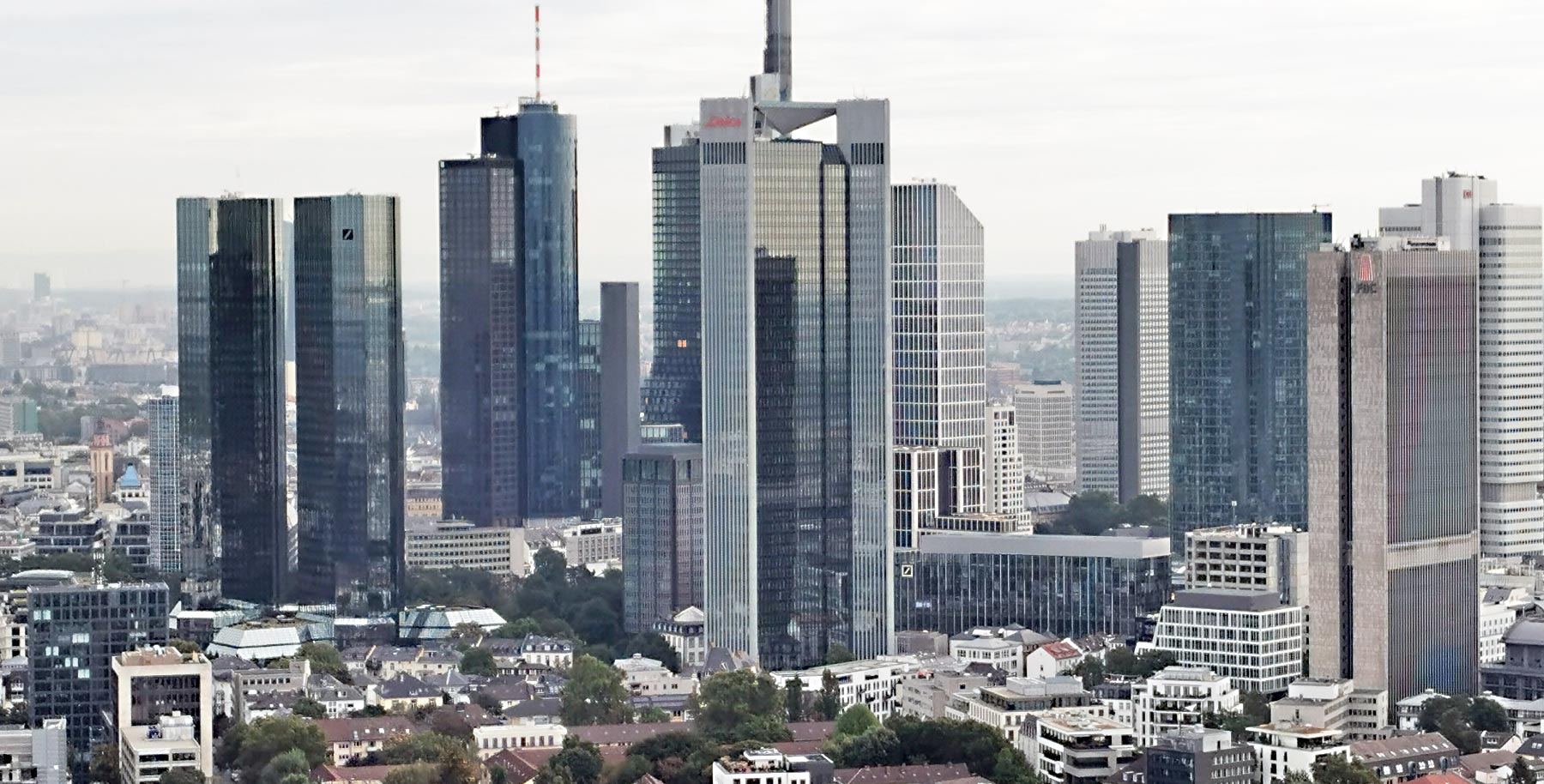 Trianon is a 47-storey high-rise in the Frankfurt financial district that was built until 1993. Trianon can be described architecturally as a mirrored triangular prism. At its corners, Trianon is surrounded by slim, aluminum-clad triangular prisms. These cornerstones reach 14 meters (46 feet) above the 47-storey main body and carry a suspended steel structure in the shape of an inverted three-sided pyramid.

Trianon was built by the Bank für Gemeinwirtschaft (BfG), which was created by merging six regional union banks founded after the end of the war. The building was acquired by Deutsche Bank during the construction phase, and BfG remained only as a tenant.

The concentration of administration and the enormous expansion of the business area and scope of BfG finally made it necessary to build a large bank building. As early as the mid-1970s, R. Heil and J. Krahn built a 143-meter-high building (470 feet) for BfG on Theaterplatz, which is now let to the European Central Bank after a complete renovation in 2014.

At the end of the 1980s, the BfG invited the architects N+M Assoziierte, Hentrich, Petschnigg and Partner as well as Albert Speer and Partner to submit designs for a new high-rise building at Mainzer Landstrasse 16-24. As a result of this internal competition of BfG, a working group of these three architectural offices participating in the competition was finally formed.

The urban planning orientation for the design of the high-rise tower was the headquarters of Deutsche Bank, which was built between 1979 and 1984 on the neighboring property, featuring imposing twin towers. The property at Mainzer Landstrasse 16-24 was flanked by two listed Wilhelminian style buildings. In accordance with the “Framework plan for the banking district” presented by Novotny Mähner in 1990 on behalf of the City of Frankfurt, the following urban development goals were sought:

The urban integration of the Trianon should take place in particular through the creation of a four-storey “city loggia”, which should integrate the two historical buildings in the foot of the building. The main goal was to protect the residential areas behind it from noise caused by the Mainzer Landstrasse. The city loggia was designed in such a way that it is largely permeable to pedestrians and includes gastronomic uses for the public. A public park was created on the area of ​​the Trianon, starting at Klüberstrasse and ending at Zimmerweg and Mainzer Landstrasse. Additionally, Trianon is the first structure in Germany to use high-strength concrete.

The metallic, shimmering cornerstones suggest that they contain elevator and stair cores. In fact, the “form follows function” principle is intentionally disregarded. Because the shape serves only the aesthetic version of the building, both on its edges and on its upper end. At the same time, this implementation is an elegant solution to the corner problem for a triangular structure.

The client did not expect open-plan offices in the Trianon, but rather variable rooms with daylight, i.e. shallow depth. These office suites are arranged around a trigonal core along corridors that extend beyond the inner prism into the corner prisms.

The inner core of the high-rise office building is load-bearing and encloses the central communication area three areas with elevator groups, technical and functional rooms. In the extension of the star-like axes from the center, the facades project by almost one meter. As a result, the sky and cityscapes reflected on the 20,000 square meter mirror surfaces of the Trianon skyscraper get a refraction.

In contrast to the neighboring twin towers of Deutsche Bank and the Frankfurt Büro Center, the tower end of Trianon is clearly defined. The original plan with a pointed roof construction, which would have made the building even higher, was abandoned. Instead, a floating steel plastic was inserted between the battlements of the corner prisms: a mirrored, triangular prism that carries the building idea of the triangular system.

Bank für Gemeinwirtschaft, the original client, only resided inside Trianon for a few years. In 2000, BfG AG merged into SEB AG.

Status November 2021: You can join a Frankfurt skyline photography course led by Ulrich Mattner, which will take place on the roof of the Trianon.

Status July 2020: In 2024, after over 20 years of lease, the financial services company Deka will leave the Frankfurt Trianon high-rise and will move into the new Four-T1 high-rise.

Status September 2019: Due to many years of expansion work at the Bundesbank headquarters, Deutsche Bundesbank has moved into large areas of Trianon and Skyper.