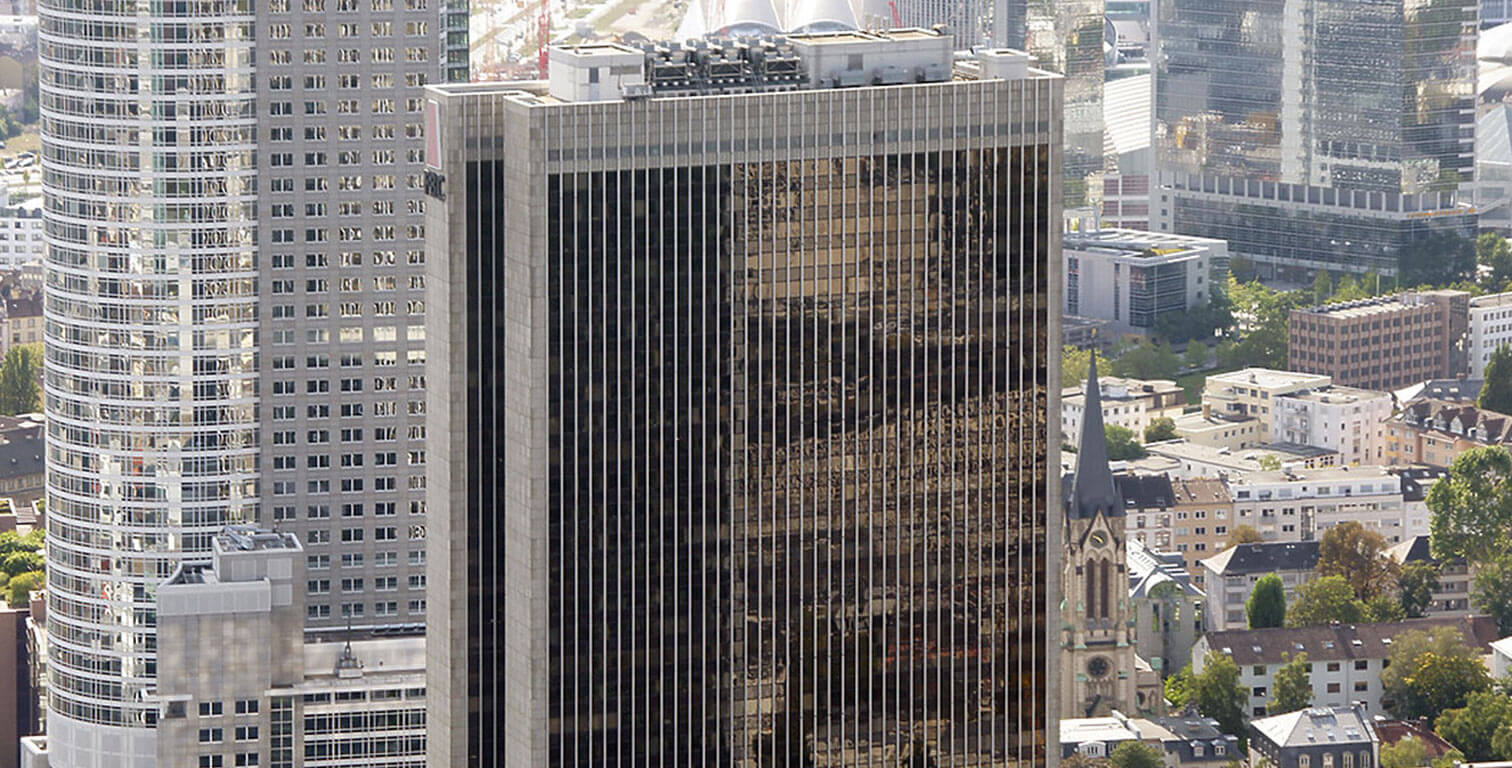 The FBC (also called the Frankfurter Büro Centre – literally Frankfurt Office Centre) is a high-rise building in the Westend district. The 142.4-meter high building is located on the Mainzer Landstrasse street in the middle of a chain of high-rise buildings, stretching from the Platz der Republik (“Republic Square“) to the Old Opera House. Its westerly high-rise neighbour is Westend 1, and the eastern is Trianon.

The construction of the high-rise building was halted in 1975 by the oil crisis. Until 1979 there were no buyers due to the considerablly high risks of construction costs and leasing at the time. The ECE project development company agreed with owners and craftsmen and developed a construction program for the completion, technical improvement and a rental concept. In 1981, the high-rise building was finally finished with approx. 52,000 square meters of gross floor area (40 upper and 2 lower floors).

The architect of the building is Richard Heil from Frankfurt. From 1985 to 2007, the building belonged to the Grundwertfonds, an open-ended real estate fund of the Dresdner Bank subsidiary, DEGI. As of April 30 2007, approximately 17,000 square meters of the total 47,600 square meters of office space were not yet let on the lower 20 storeys. The leasing rate thus stood at around 65%. The main tenant was the international law firm Clifford Chance until early 2022, when the Deutsche Bundesbank moved in here.

With the conversion of the foyer (by Just Burgeff Architects) in the first quarter of 2007, cultivation was combined with Café Face to Face (today, the Bistro Nonna), which is also a bar and lounge. The foyer, the adjoining cafe and the outdoor facilities were completely redesigned and embody the motto “modern classics”. With the new architecture, the FBC, like many of its related buildings in Manhattan, has a front porch as an entrance area, which helps opens up the building visually and functionally into the public space.

On the square in front of the high-rise, a sculpture of the artist Claus Bury, 21 meters high, was erected in 1997.

Status January 2022: With immediate effect, the FBC is the headquarters of Deutsche Bundesbank (the German central bank). The Deutsche Bundesbank is currently upgrading its original seat in the Ginnheim district and is also planning an extension there.