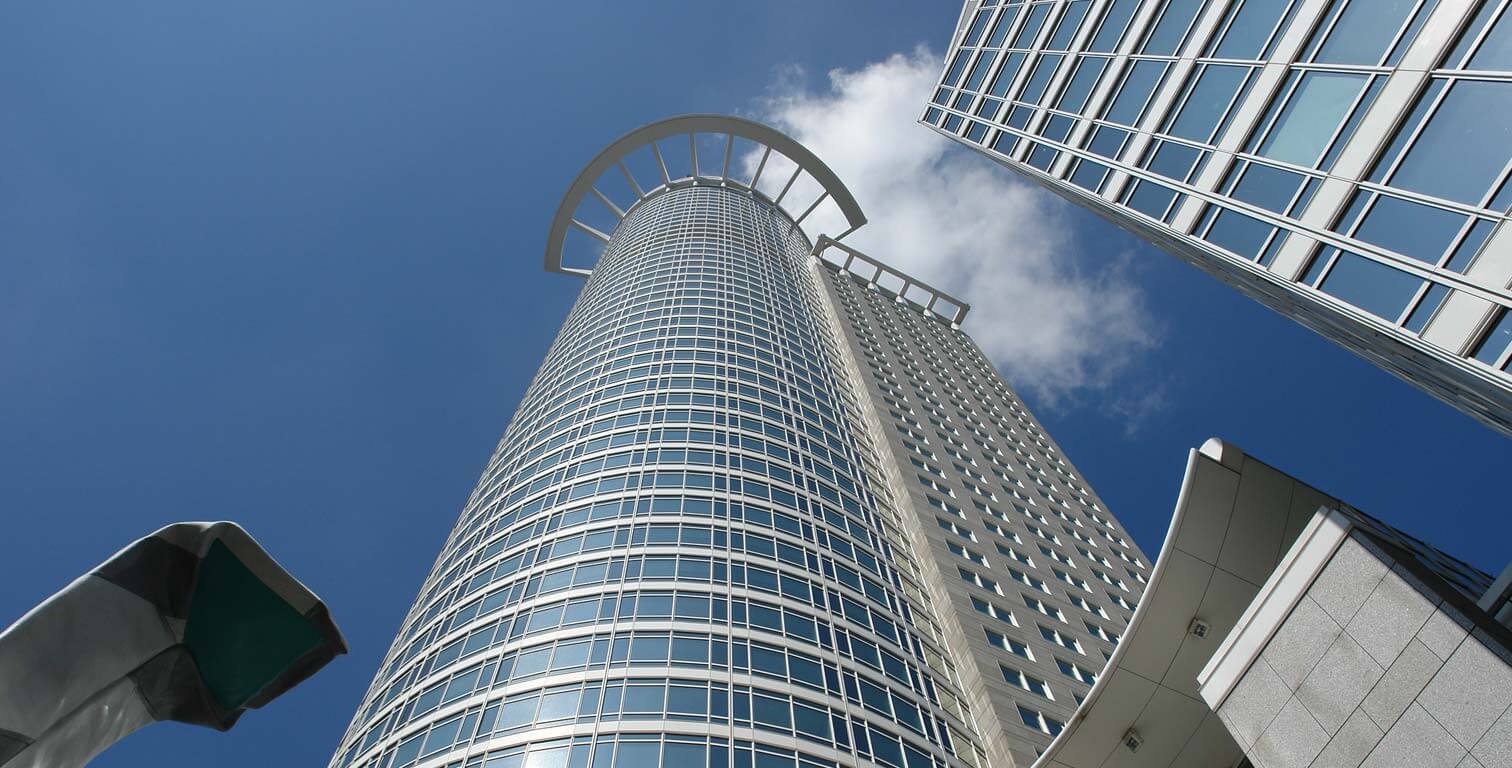 Westend 1 is a high-rise building in the Westend district, bearing fascinating architecture and an impressive height of 208 meters (682 feet). The skyscraper was completed in 1993 and houses the headquarters of the DZ Bank. It was designed by Kohn Pedersen Fox. The façade is made of fine, light granite, making it easy to see as it appears outwardly white and bright. At the top of the tower are eleven beams in a semicircle, which stand at eleven meters above the façade. This characteristic wreath is suppose to be reminiscent of the Statue of Liberty in New York City, while pointing to Frankfurt as the coronation city of the emperors of the Holy Roman Empire.

The peak is heated in the winter so that no icicles can form, which could endanger passers-by on the road below. Nevertheless, due to the risk of falling ice, both the main entrance and the forecourt on Mainzer Landstrasse and the Savignystrasse are temporarily blocked for several days.

The skyscraper has a variety of names in different books and media. However, the only official name of the DZ Bank for this building is Westend 1.