The western bank of the Main river is a development area between Frankfurt Central Station and the Main. The west bank of the Main is a mixed-use area and is predominantly built up from the Wilhelminian or post-war era. Several thousand people live in the area.

The Main West Bank consists mainly of buildings with perimeter block development. Residential buildings are dominant in the western part, but from Baseler Platz to the east there are also numerous office buildings. The tallest office towers are the Union Investment High-Rise and the MainForum complex of IG Metall. Next to the MainForum stands the Trade Union Building from 1931, which was once one of the first high-rise buildings in Frankfurt and is now barely noticeable in the cityscape.

In the 1970s, numerous high-rise buildings were built for office or hotel use. The highest hotels on the western bank of the Main river are the Hotel Intercontinental and the Scandic Frankfurt Museumsufer.

With Kreisler and Riverpark Tower, new high-rise projects have recently been announced in the area. 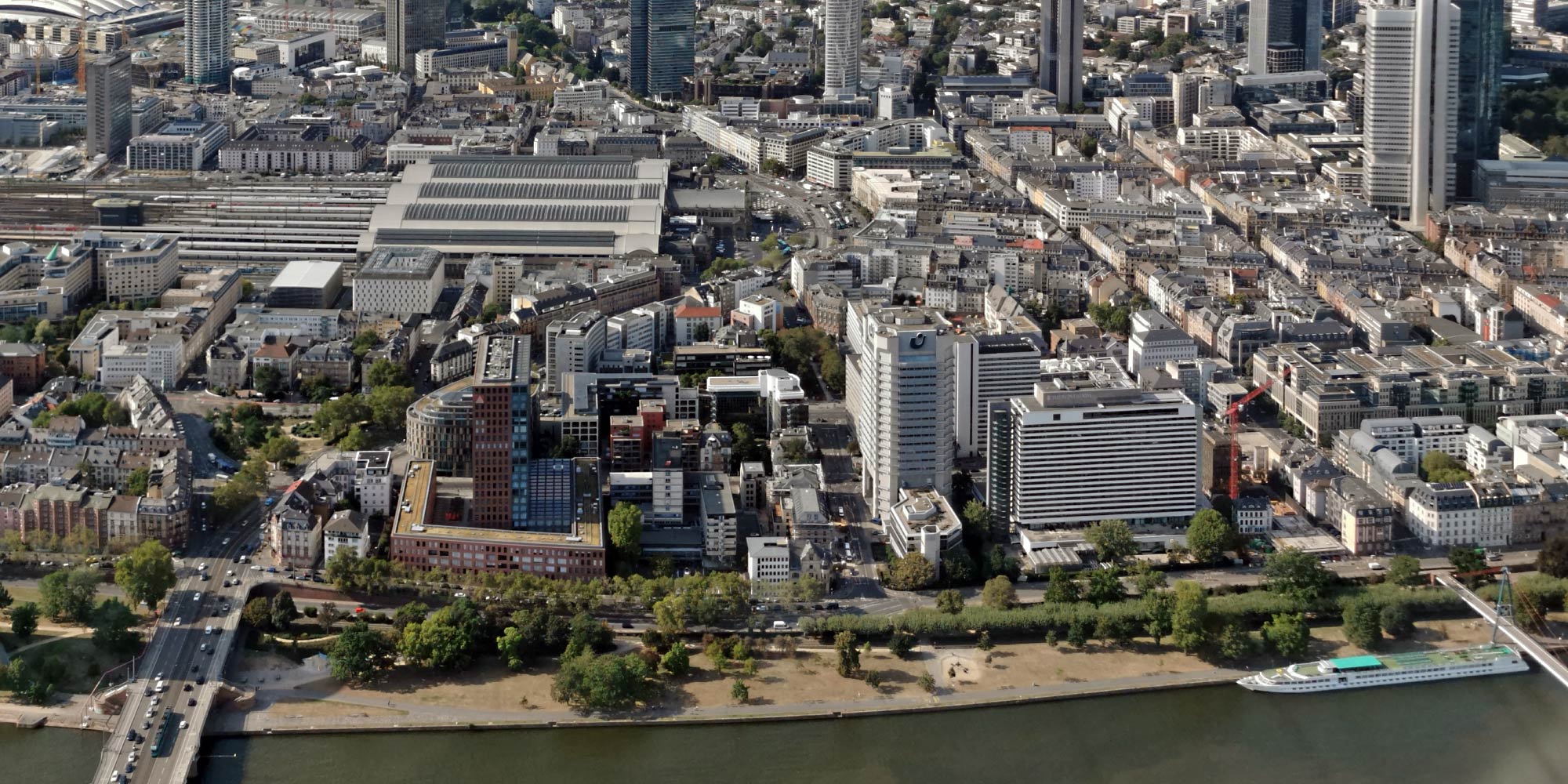 This aerial photo was taken during a sightseeing flight of the skyline and shows the western bank of the Main river up to Frankfurt Central Station.

The west bank of the Main river was first classified in 2020 as a separate development area by the City of Frankfurt as part of the update for the high-rise development plan. The western bank of the Main belongs to the Gallus district, is delimited in the western part by the West Harbor and in the north by the Central Station, then along Gutleutstrasse to the height of the Hohlbeinsteg.

Main Bank West is easy to reach by car, but parking is rare and expensive. The north-lying areas of Main Bank West have excellent connections to public transport through the Central Station. Both long-distance and regional trains depart from the main station and there is a very good connection to S-Bahn and U-Bahn train lines. The Central Station also has a connection to tram lines. Areas to the south, on the other hand, are not well connected: there are no subway trains or regional trains stopping here.