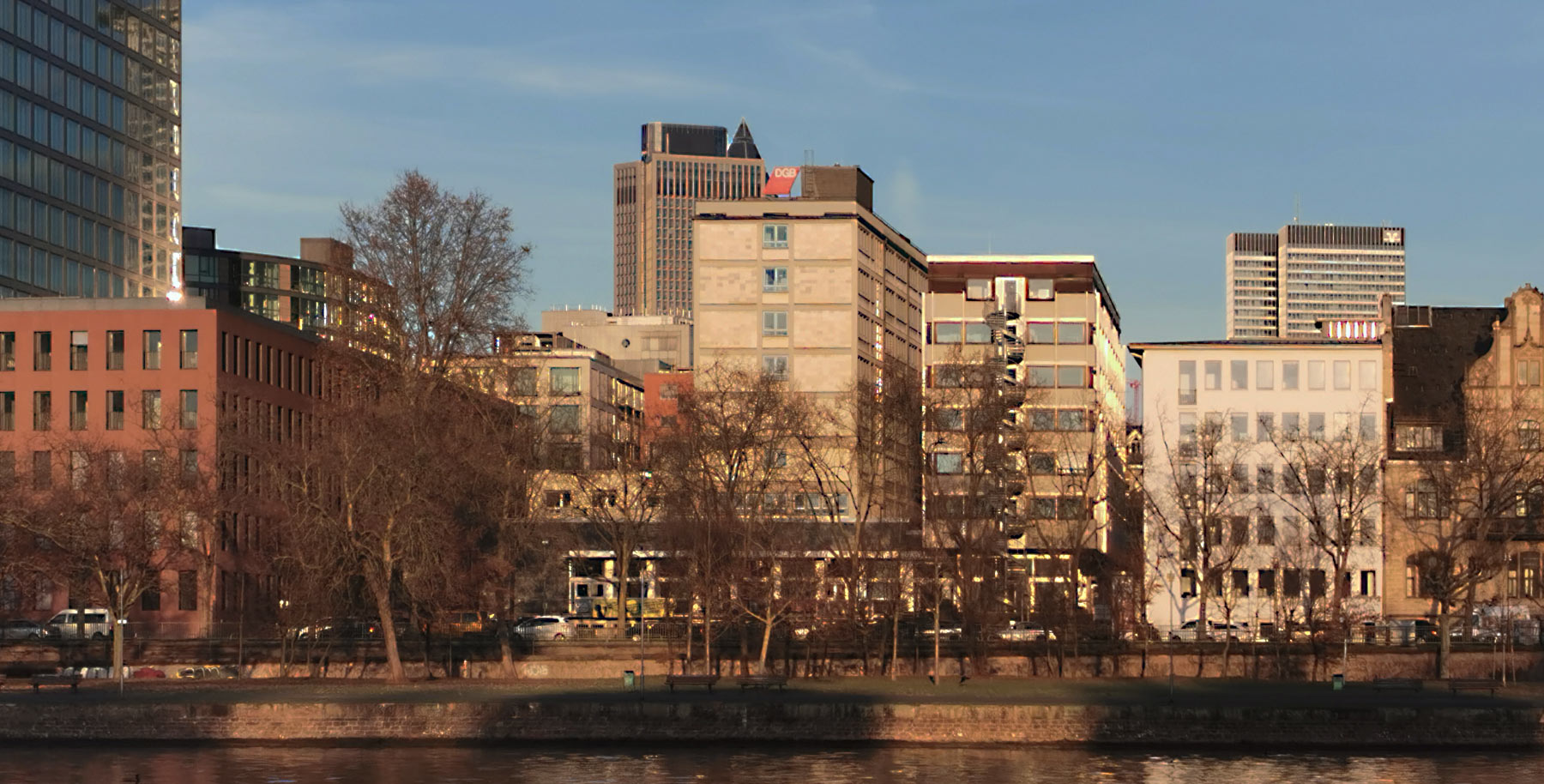 The Trade Union Building (in German: Gewerkschaftshaus) is a protected office building that was inaugurated in 1931. The building in the Gutleutviertel district is today the seat

– the German Federation of Trade Unions (Hesse-Thuringia district and Frankfurt-Rhein-Main region) and
– the trade union ver.di (Frankfurt district and region).

The architects Taut & Hoffmann designed the plan for a nine-storey office building that, in addition to the union offices, also contained a hotel, restaurants and event halls. Chronologically, the Trade Union Building fell into the time of the New Frankfurt. In terms of urban planning, the project was heavily criticized at the time. Today the 31 meters (102 feet) high union building is no longer noticeable in the Frankfurt skyline. At the time of its construction, however, the Trade Union Building was the tallest office building in the city after the I.G. Farben Building (35 meters/115 feet).

The Trade Union Building was built in what was then a residential area, the former Holzmannschen Park between Untermainkai and Bürgerstrasse. Stylistically, the modern office building in the functionalism style did not fit into the architecture of the district and dominated the cityscape when viewed from the Main river. There was therefore a court case that the union was able to decide for themselves in the second instance. The Frankfurt Higher Regional Court approved the plan, but banned hotel operations and a planned garden restaurant.

The Trade Union Building was started in 1930 and inaugurated in July 1931 after eleven months of construction. The steel frame construction with a column grid of 6.50 m has a flat roof and cost 1.7 million Reichsmarks (in today’s currency and purchasing power 6.1 million euros). Around 4,000 square meters of office space are available.

After the NSDAP came to power in early 1933, the free trade unions were banned and the building was taken over on May 10, 1933 by the German Labor Front (DAF), which used the building as the “House of Labor”. The National Socialists planned a monumental extension with a front facing the Untermainkai, but this was never realized.