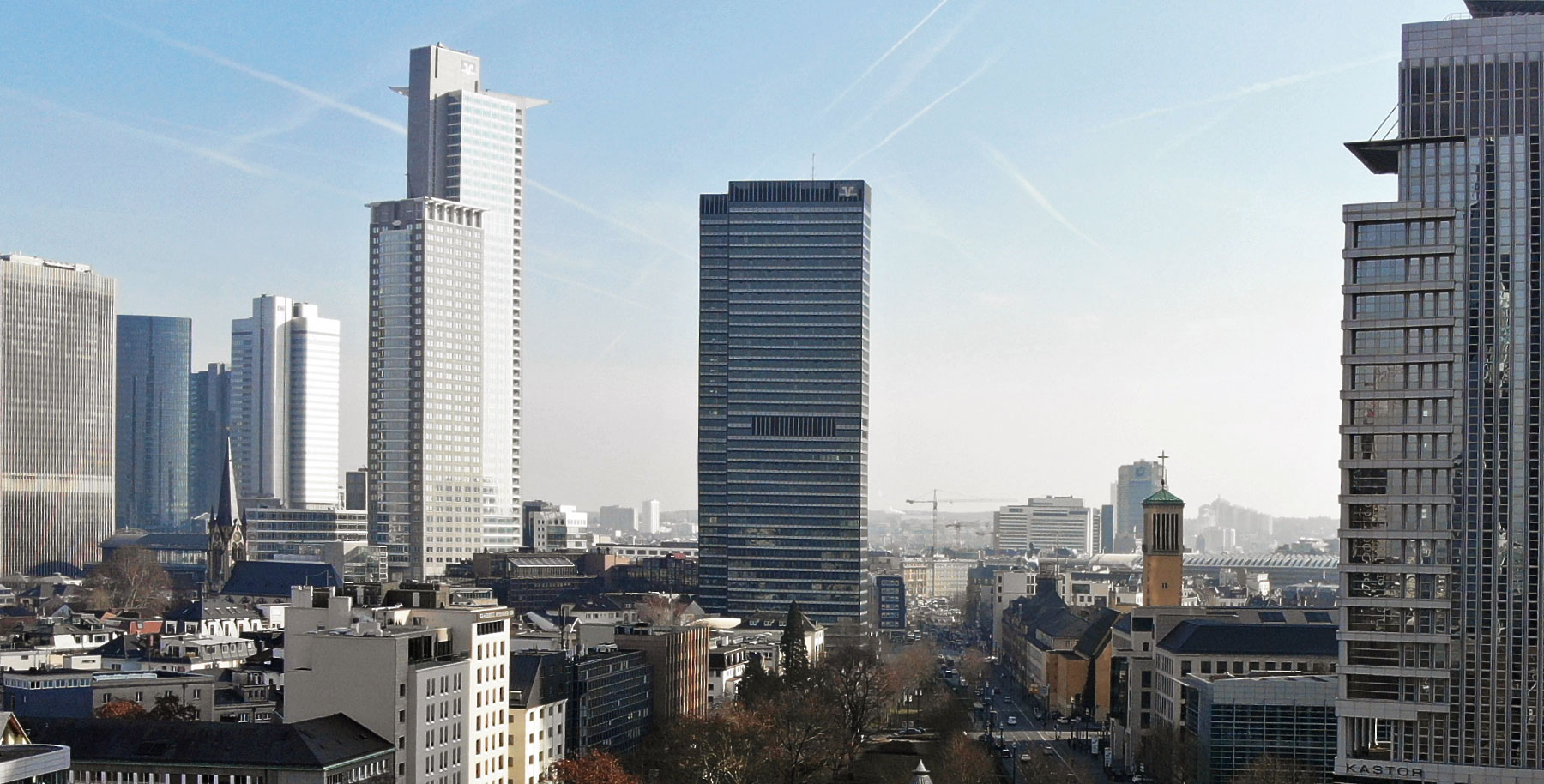 City-Haus (“City House”) is located on the border of the Westend district and is located directly on the Platz der Republik (“Republic Square”). It is also known as Selmi-Hochhaus (“Selmi Highrise”) and was built from 1971 to 1974 according to plans by the architects Johannes Krahn and Richard Heil. Between October 2007 and December 2008, the highrise was extensively renovated and revitalized to plans by the architect Christoph Mäckler. The skyscraper received a new facade and an overall brighter appearance during the 35 million euro renovation. The new facade reduces energy costs by 35%. City-Haus therefore corresponds to a new building with the latest technical standards.

City-Haus is a reinforced concrete structure. It consists of a centrally arranged core group with external dimensions of 17.4 meters × 14.2 meters and two mutually offset bars, each 40 meters long and 14.1 meters wide. In addition to the skyscraper core, four pillars arranged in each wing carry the vertical loads. Regular storeys have a height of 3.2 meters. The floors are slab constructions. The skyscraper stands on an up to 4.15 meter thick base plate with 2,000 square meters of floor space.

The tenant of the bank tower is DZ Bank. On the ground floor there is a gallery with changing exhibitions. City-Haus is located between the high-rise building Westend 1, which is also part of DZ Bank, and the proposed high-rise project on the other side of the street, the tower on the site of the former police headquarters.

Status February 2020: The height of City-Haus is around one meter higher than widely assumed. The height of Hochhaus Platz der Republik is 142.80 meters (468 feet).