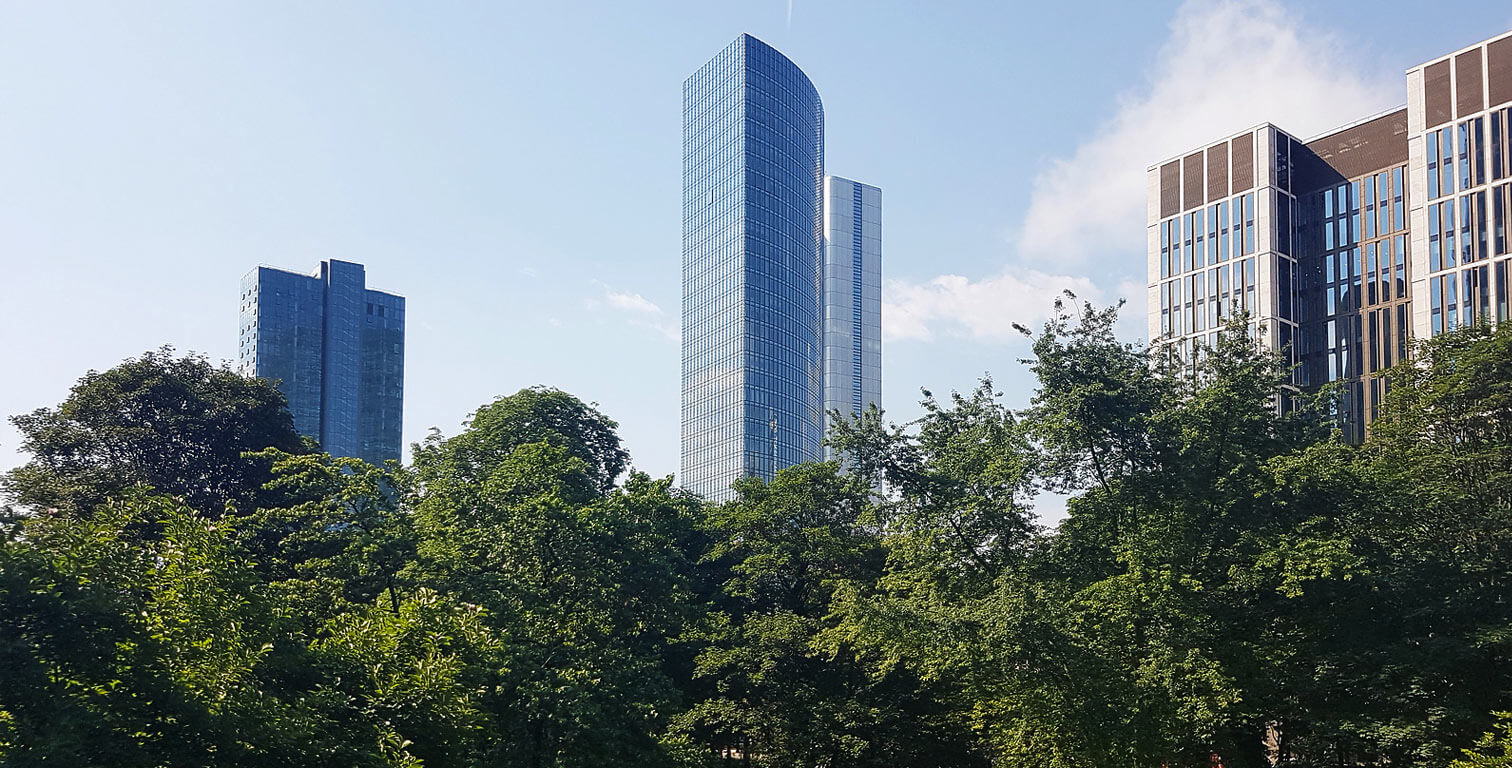 Skyper is a three-part building set at the Bahnhofsviertel district of Frankfurt at the corner of Taunusanlage and Taunusstrasse. It consists of a neoclassical villa (Skyper Villa) originally from 1915, a 153.8-meter high skyscraper (Skyper Tower) and a residential and commercial building (Skyper Carré). The ensemble was created in its present form in the years 2002 to 2004.

The architectural design for the 480 million Euro project was commissioned by the Frankfurt-based architecture firm JSK Architekten and had been previously commissioned by Holzmann AG. The architects then implemented their approved design for the general contractor ABG and the acquirer DekaBank. They bought the building with an open-ended real estate fund from the DekaImmobilien and after finishing in 2005, they moved into the lower floors as the main tenant. In the meantime, the Skyer was owned by UBS. Today, Skyper Tower belongs to several companies of the Allianz Group.

The neoclassical listed villa from the year 1915 is connected to the building by a nine-meter high glass hall to the east. The villa, like the entire area, belonged to the construction company, Philipp Holzmann and was the headquarters of the board of directors. A residential and commercial building with 52 single and three-room apartments, as well as a shop floor on the ground floor supplements the building ensemble.

Across the street from the SKYPER Tower stands the Silver Tower.

Status September 2019: Due to many years of expansion work at the Bundesbank headquarters, Deutsche Bundesbank has moved into large areas of Trianon and Skyper.