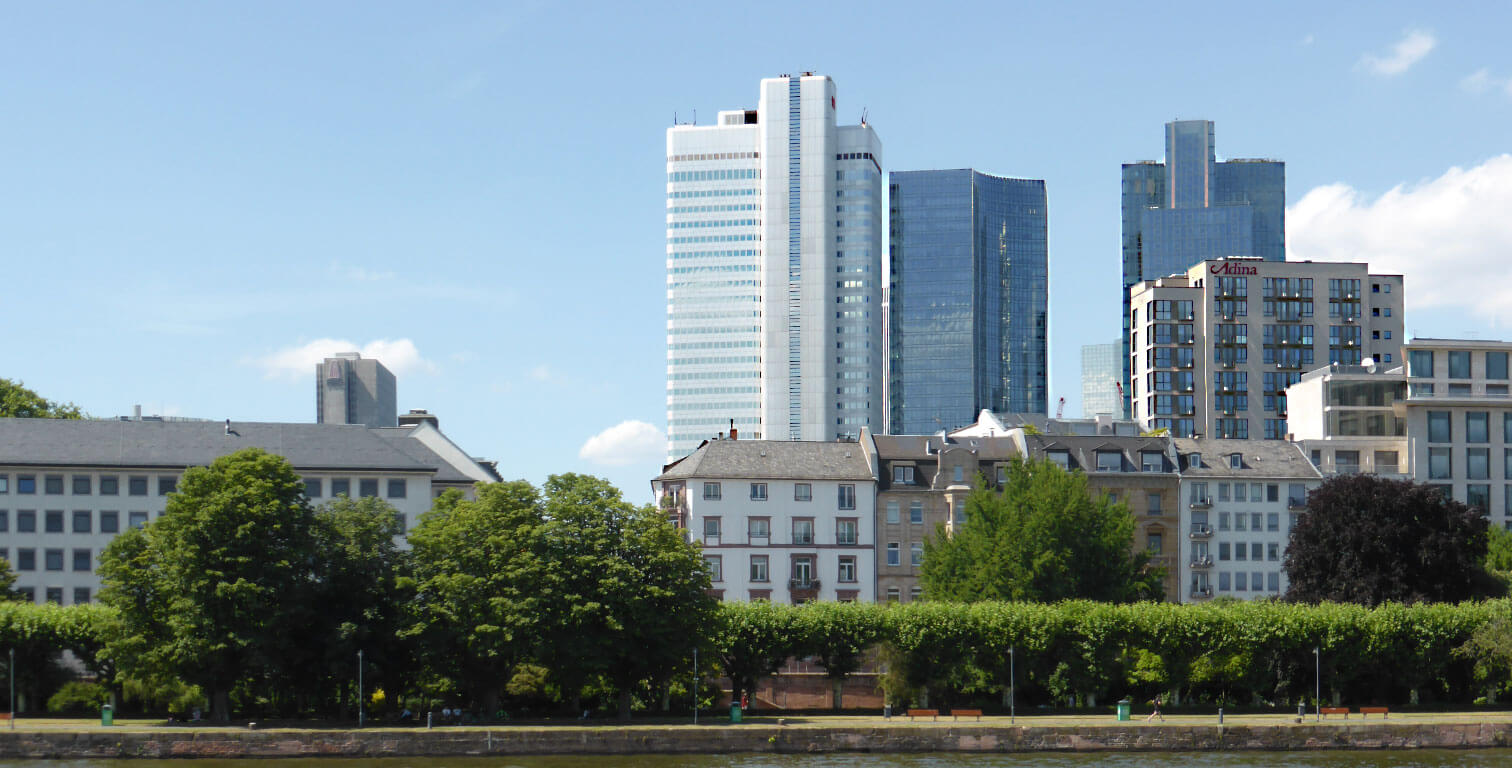 Silver Tower is located in the Bahnhofsviertel district and is one of the most famous skyscrapers of the European metropolis. Silver Tower was originally built for Dresdner Bank and rests on a 3.5 meter thick reinforced concrete slab that sits in what is known as the Frankfurt clay. The German name for Silver Tower is Silberturm.

From 1978 to 1990, the 166-meters-high tower was the tallest building in Germany until it was surpassed by the Frankfurt MesseTurm. Until 2008, Silver Tower served as a headquarters buildings for Dresdner Bank and is therefore often referred to as the Dresdner Bank Highrise, or its location as Jürgen-Ponto Highrise. After extensive refurbishment, Deutsche Bahn has been using the building since April 2012, along with the IT company, DB Systel GmbH.

The high rise has two lower floors and 32 upper floors. The staff office was located on the 3rd and 4th floor until 2008, and has now resumed its location there again today. Until 1994, the 31st floor contained a water reserve, which was also used as a swimming pool. A few years ago, the floor was converted to a large conference room. The windows extend from ceiling to floor. The 32nd floor was partly destroyed during a fire on 1 April 1998.

On the main floors, the storey height is 4.2 meters with a floor area of ​​1,900 square meters. The high-rise building is based on a 4.0 meters thick and 3,400 square meters large reinforced concrete slab. In the ground plan, the high-rise consists of two large, rounded squares arranged in the longitudinal direction. In the niches thus formed, there is on each side a rounded oblong in which the supply cores (elevators, emergency staircases) are located. The recognisable trait of rounded corners is found throughout the building, in the windows, the supporting pillars and signs inside.

Across the street from Silver Tower stands the SKYPER Tower.

Status December 2020: Imfarr Beteiligungs GmbH (Austria) and SN Beteiligungen Holding AG (Switzerland) have acquired Silver Tower. The purchase price was communicated as 630 million euros. The transaction was accompanied by Colliers Frankfurt as part of an off-market procedure. The seller is said to have been advised by BNPPRE.