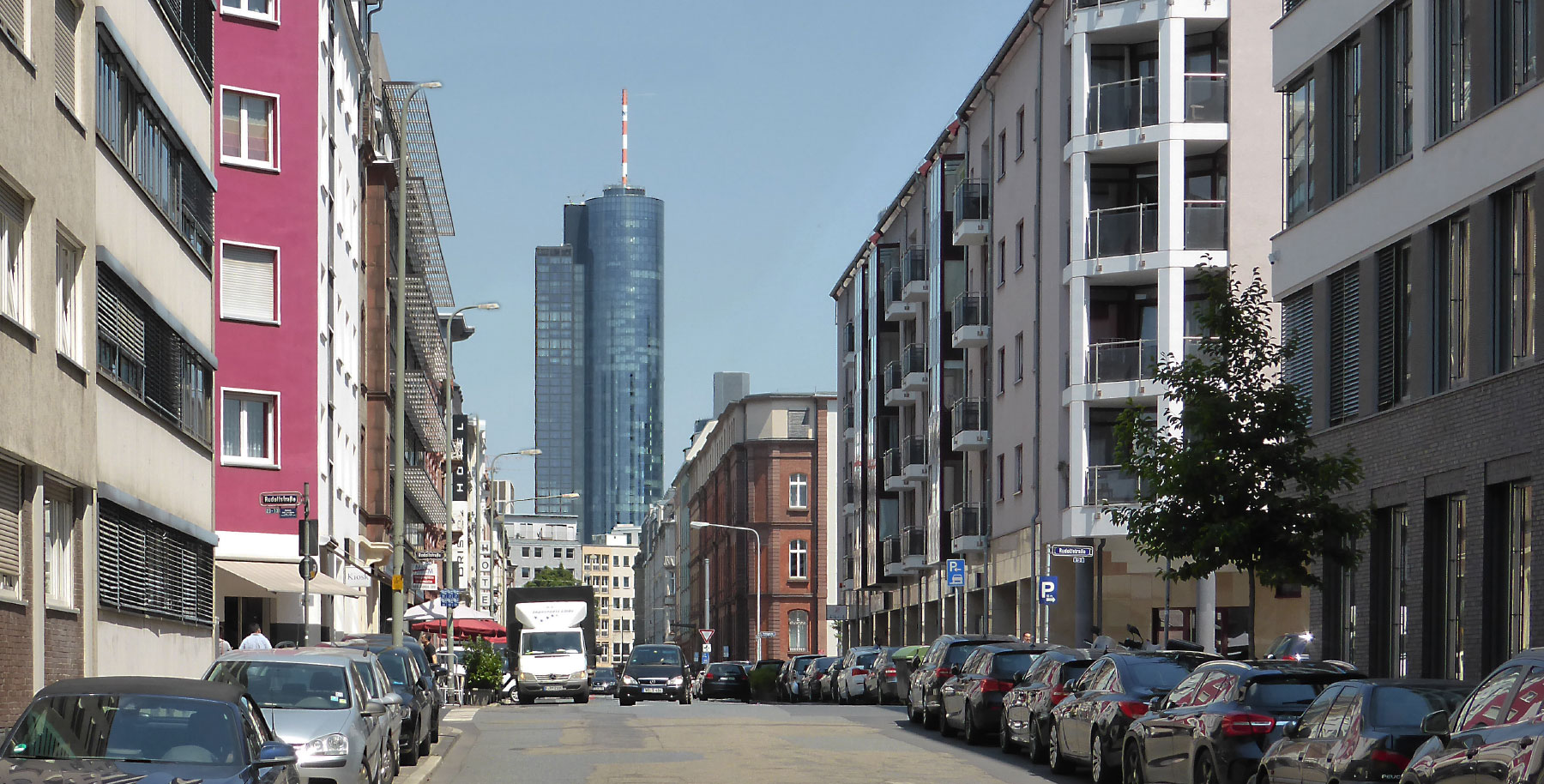 MAIN TOWER is located in the center of the Financial District and was constructed at the same time like the neighboring Eurotheum tower. Its clear shape and contours give it a majestic appearance. It was planned by the architects Schweger + Partner and in 1999 it was largely occupied up from the Landesbank Hessen-Thüringen (Helaba). The development of the skyscraper was carried out by OFB Projektentwicklung, a sister company of Helaba.

MAIN TOWER rests on more than 100 foundation stones as far as 50 meters (164 feet) deep in the ground. In the summer, they remove the soil for cooling, while in the winter they are taken away for structural recovery.

The 350 million euro complex is made up of many geometric shapes, namely circles and squares. The cylinder is the heart of the transparent building, which extends from base to top. A square building having a height of 177 meters (581 feet)  is attached to it.

On the top floors are a restaurant and a bar, which are open until late evening. On the roof there is a viewing platform, where you can experience Frankfurt ‘from above’. You can reach the roof by way of one of the fastest lifts in Germany, which moves at 7 meters (23 feet) per second. At the top, there is a widely visible 40 meter (131 feet) high antenna. During bad weather you can still visit the top from the inside.

In the neighborhood of the MAIN TOWER there are many more skyscrapers like the TaunusTurm, the Commerzbank Tower and the OmniTurm as well as the project FOUR FRANKFURT. Unlike the MAIN TOWER, these skyscrapers do not have a publicly accessible observation deck. 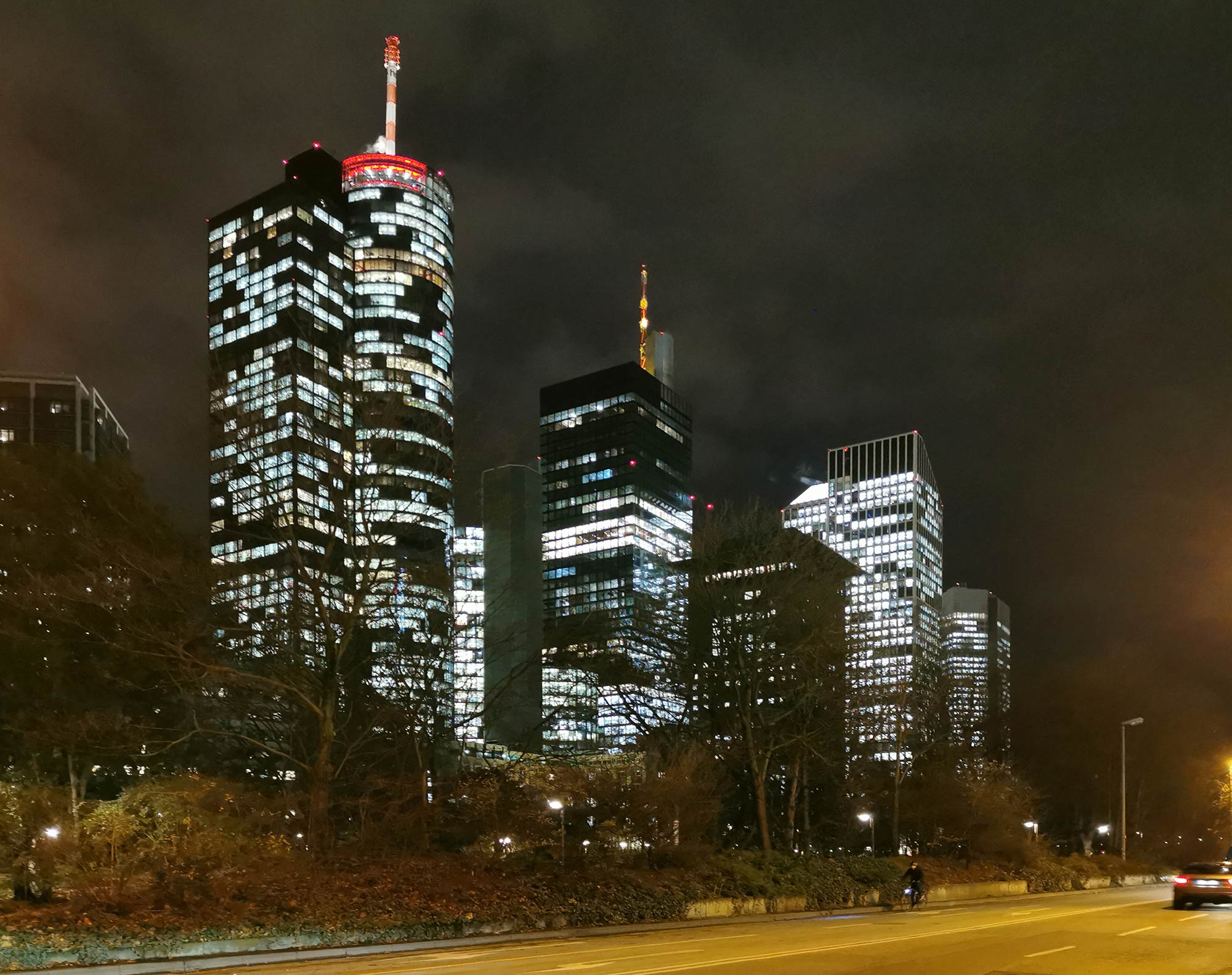 Status October 1999: MAIN TOWER is in the final stages of completion. The skyscraper of Helaba and OFB contributed to the acceptance turn of high-rise construction in Frankfurt, because with it tall buildings began to be publicly open for the first time.