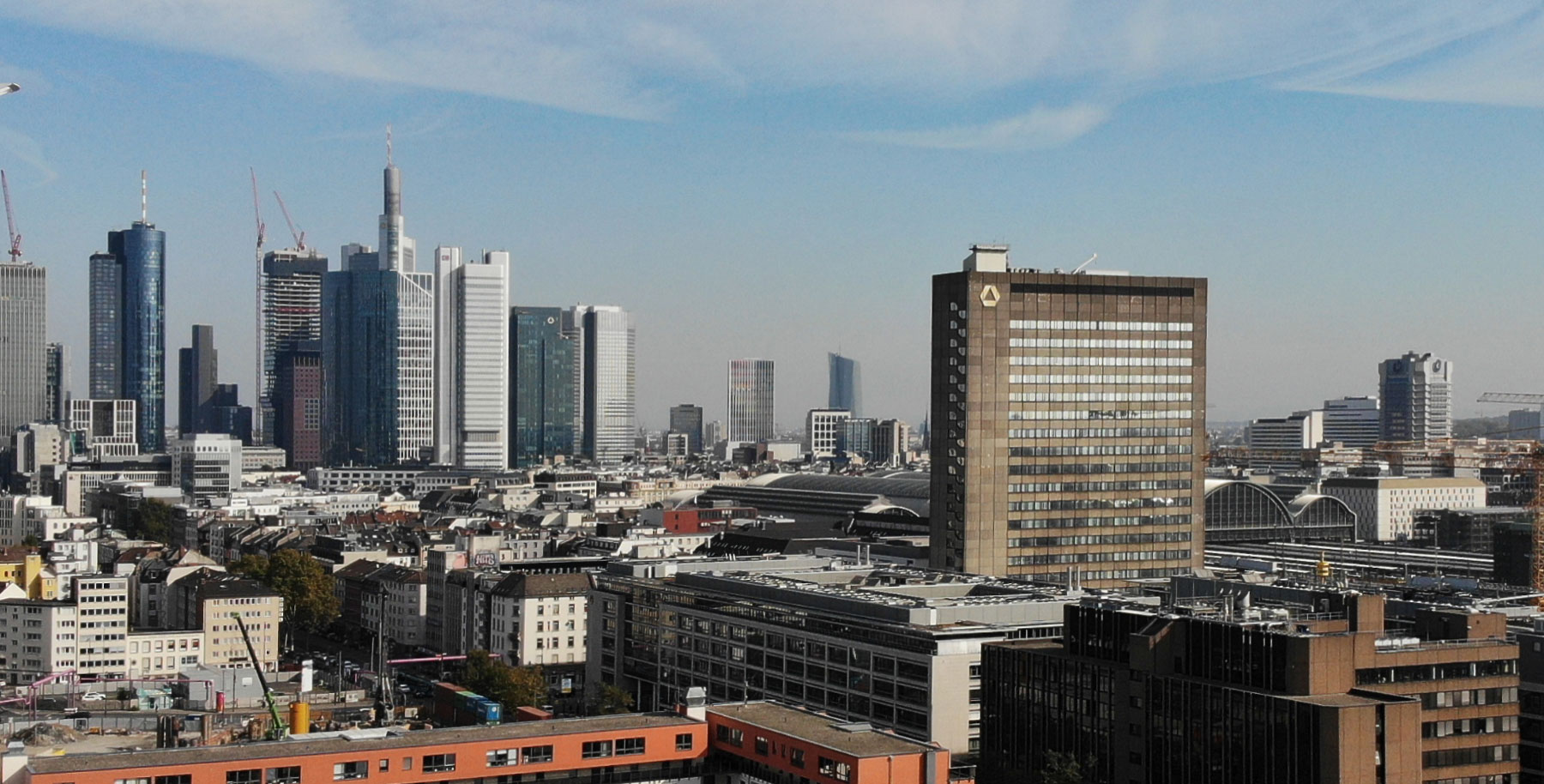 The 93 meters (305 feet) high Commerzbank Trading Center stands on a plot of around 2,240 square meters (24,111 square feet) next to the tracks of the main train station. The former Commerzbank High-Rise was used by Commerzbank AG until 2019, but has since been sold to a project developer.

The high-rise tower was built between 1972 and 1976 as the main post office building. The architectural design comes from the AGI-Plan Rüping consortium and Johannes Möhrle, who also played a key role in developing the Frankfurt TV Tower, was responsible for the statics. The building, also known as the Post Tower, was used by the Deutsche Bundespost for many decades and has a gross floor area of around 20,000 square meters (215,278 square feet).

The former Commerzbank High-Rise is to be gutted, completely renovated and re-marketed in the coming years. There were already various planning variants for this. One of them was supposed to convert the former office tower into a hotel tower called Virage.