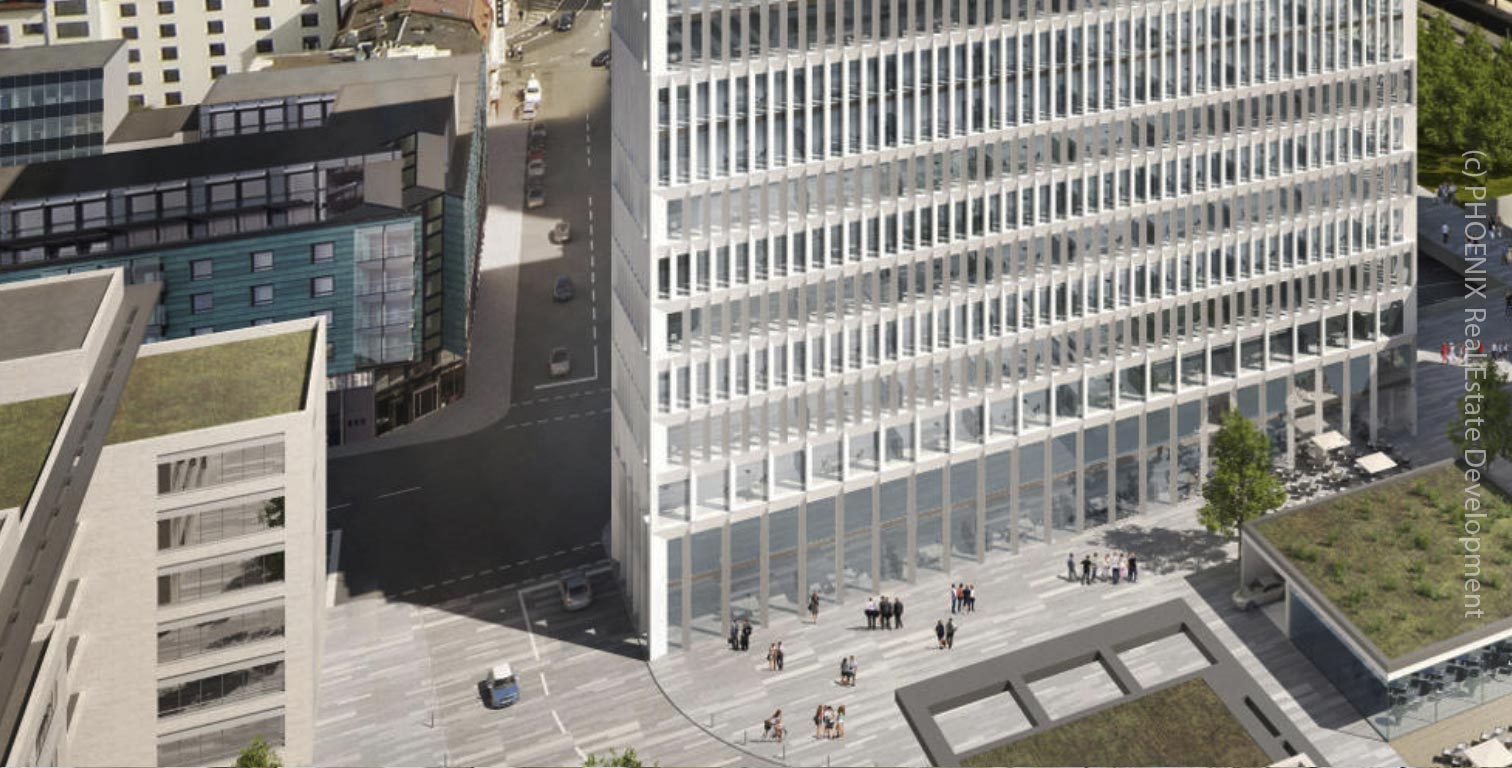 A combined office and hotel building called Virage is to be built in the Gallus district. The post office administration building (Posthauptverwaltungsgebäude) originally built in 1976, also known as the Administration Building West (Verwaltungsgebäude West – VGW), is completely rebuilt and repositioned. The office tower was used by Commerzbank AG for many years, but the bank left the building in 2019.

Not much is known about the designs for Virage. However, due to its exposed location, the planned high-rise project has high visibility and conciseness in the cityscape. The project development was originally to be carried out by PHOENIX Real Estate Development as part of the Grand Central project. However, PHOENIX has now resold the project. The area around Virage is to be connected to Poststrasse via a new pedestrian bridge.

The residential tower Icoon is to be built right next to the Virage.

Status July 2022: SKYLINE ATLAS has been told by confidential sources that construction will begin shortly.

Status January 2020: A specific date for the start of construction for the Virage project is not yet known.

Status October 2019: Scaffolding has been erected around the building.

Status May 2018: View over the Gallus district with Commerzbank Services Center office block (in the foreground on Mainzer Landstrasse) and the former post office tower used by Commerzbank until 2019.