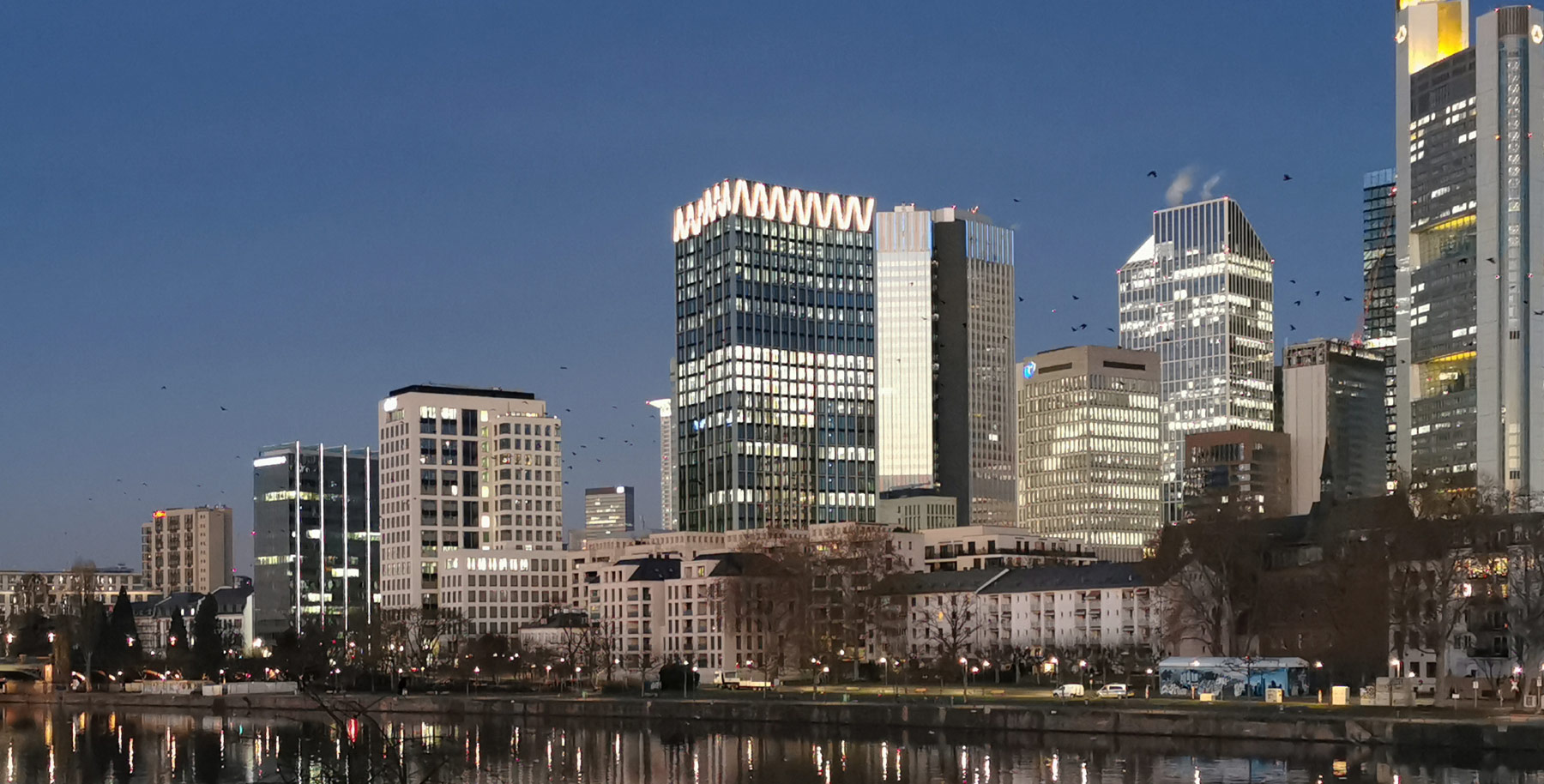 WINX Tower (pronounced wings) is a high-rise office building about 110 meters (361 feet) tall and located at the border to the financial district. The building features 27 floors and 34,850 square metres of total space. WINX houses offices, restaurants and commercial premises. A transparent roof end takes some of the weight off the building. Access to the high-rise is provided via a 26 meter (85 feet) high portal building on Neue Mainzer Strasse. The high-rise was designed by KSP Jürgen Engel Architekten.

WINX was developed by Deutsche Immobilien Chancen (DIC). The investment volume for the office tower was around 350 million euros. Until completion, DIC remained responsible for the entire project development, construction implementation and letting. Construction of the high-rise began in 2015 and was completed at the end of 2019. In November 2014, the WINX Tower was sold to entrepreneur Susanne Klatten. A large part of the tower is used by Union Investment, which moved here especially from their Main river premises.

The WINX skyscraper is part of the MainTor complex. From 2012 to 2020, several buildings, including the towers MainTor Panorama (2016), MainTor Porta (2014) and MainTor Primus (2014) were constructed on the approximately 21,000 square meter site of Degussa‘s former headquarters, with a mix of office, residential, catering and commercial uses.

The MainTor project received the MIPIM Award in the “Best German Project” category in Cannes on February 8, 2012.