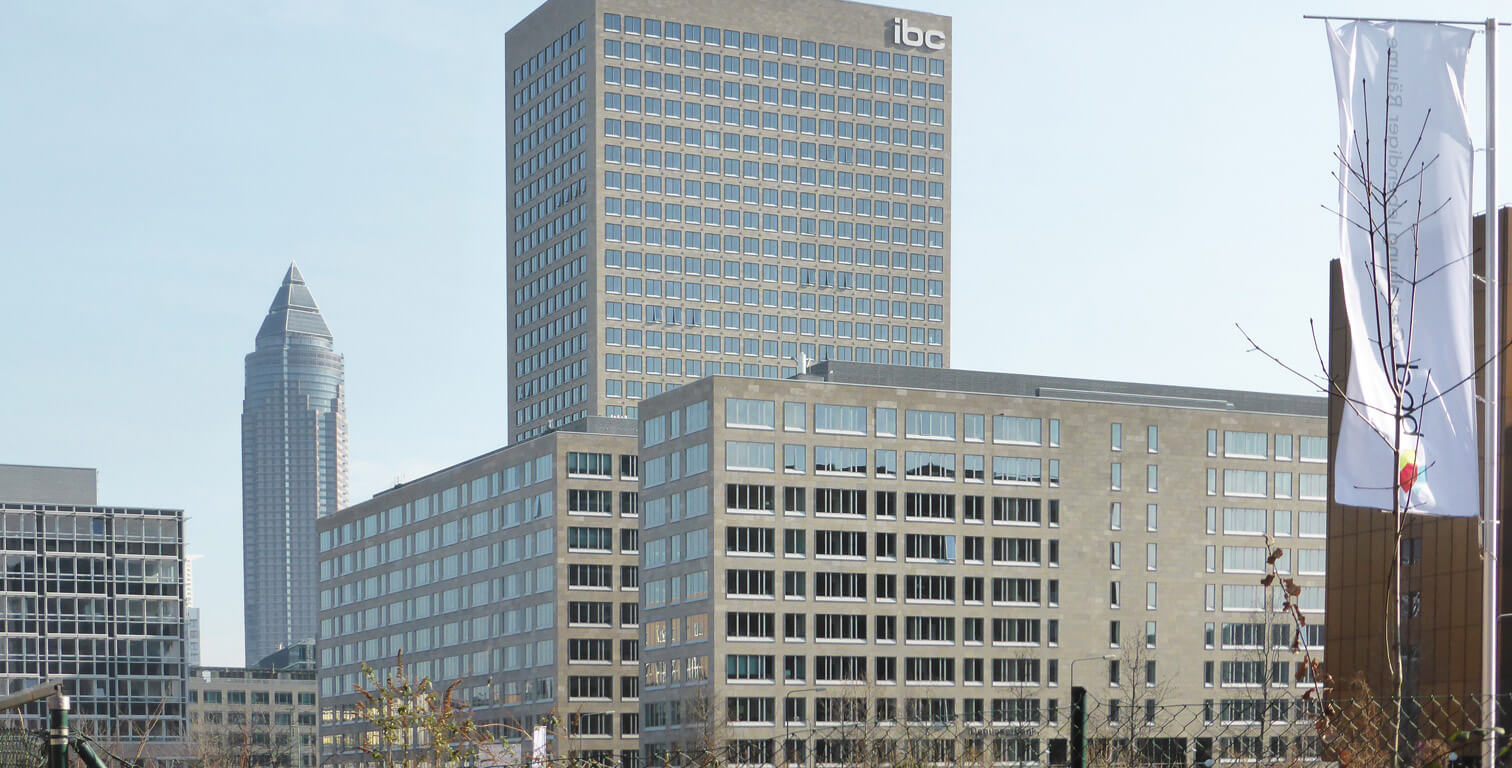 The central IBC Forum building is of particular importance. In addition to the more than 3,000 square meters of retail space, a large number of special uses (including a canteen, conference and wellness area) are grouped around a glazed, 7-storey hall. The large-scale and open construction enables visual communication for a large number of employees.

Originally, Deutsche Bank wanted the IBC to serve its Frankfurt dealers as a replacement for the Investment Banking Center Frankfurt (IBCF). But this step was not implemented. Finally, Deutsche Bank sold the entire building to the American financial investor Blackstone Group and only rented part B, which housed Deutsche Bank Privat- und Geschäftskunden AG and parts of the human resources area of ​​the Deutsche Bank Group. Part A of the building was largely leased to Degussa Bank GmbH, ING Real Estate Development and INDUSTRIA Bau- und Vermietungsgesellschaft mbH in 2004.

In 2006, Deutsche Bank rented the entire high-rise building, as an alternative accommodation was needed for the employees because of the extensive renovation of the headquarters at Taunusanlage. This meant that the IBC building complex was fully let until the renovation work was completed in 2010.