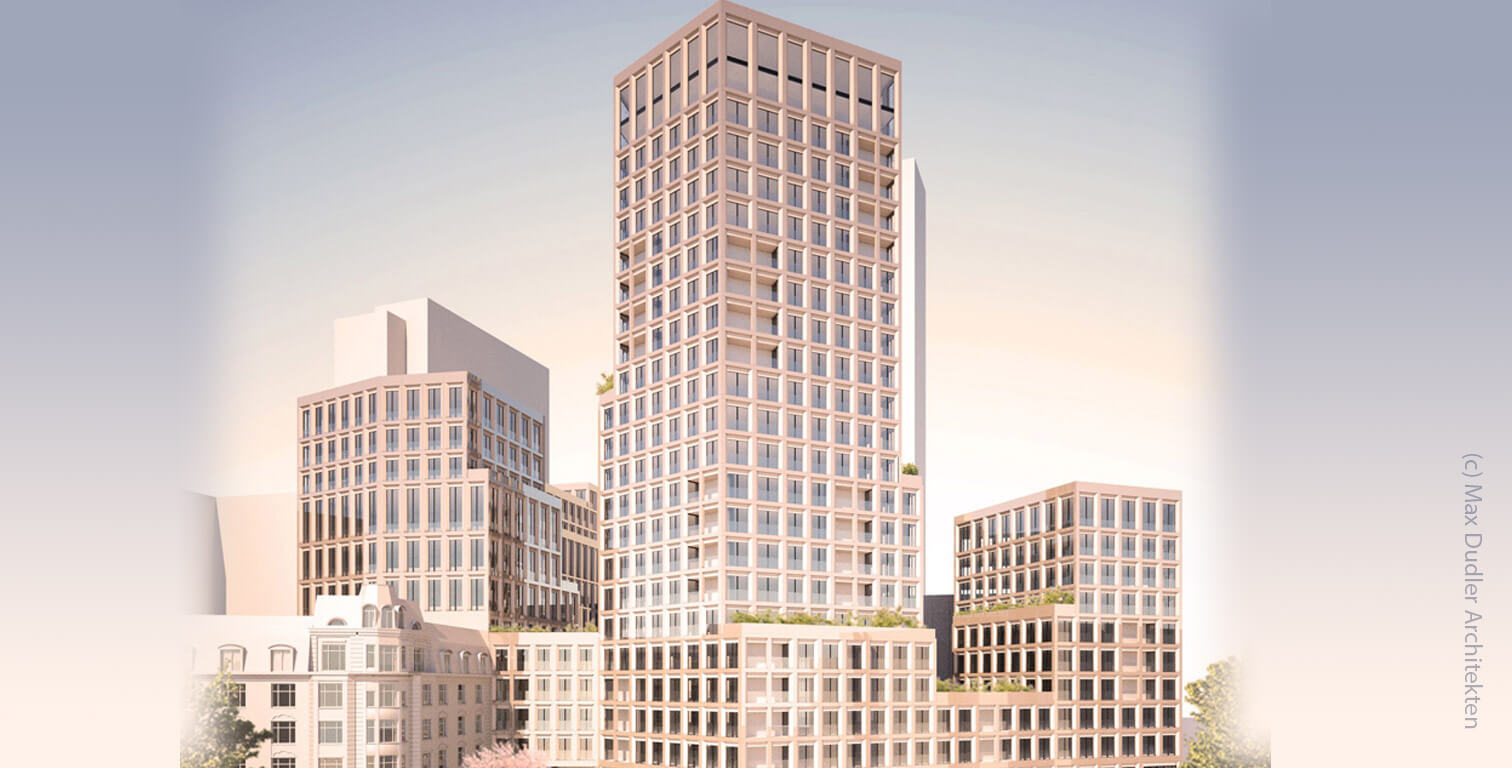 The complex is built in close proximity to the shopping center MyZeil. It was only in February 2018 that Becken Development acquired the 5,800 square meters site and will create around 52,000 square meters of gross floor space across the three 44, 60 and 85 meters tall residential towers (source: Magnus Kaminiarz Architekten). The total investment for housing development is around 200 million euros.

Jones Lang LaSalle (JLL) is responsible for marketing the commercial side, while Zabel Property (now also part of JLL) have been hired for marketing of the exclusive residential units. Originally, the project was to be realised according to plans by Max Dudler Architekten. However, the new owner of the project has since launched a second architectural contest (for tax reasons, it is said). The reason is that tax office rates value land sales differently than project sales. Because Corpus Sireo, on behalf of the previous owner, had planned the project to completion, tax burdens in the millions were obviously threatening. Becken therefore decided to only purchase the site from Deutsche Telekom and according to the development plan, which was based on the design of Dudler. Max Dudler had also been invited, but could not fulfil the criteria. The design now comes from Magnus Kaminiarz Architekten.

Status August 2019: There is no construction in progress yet.

Obituary for April 2019: The architect of High Lines, Magnus Kaminiarz, has died. The construction is therefore expected to be delayed.

Status October 2018: The area, which has just under 52,000 square meters of above-ground gross floor space, was sold to Rock Capital Group by the original project developer Becken. The project now bears the name High Lines and is no longer marketed under the names Drei Schwestern (Three Sisters) or Hochhausprojekt Stiftstraße (High-rise project Stiftstrasse).