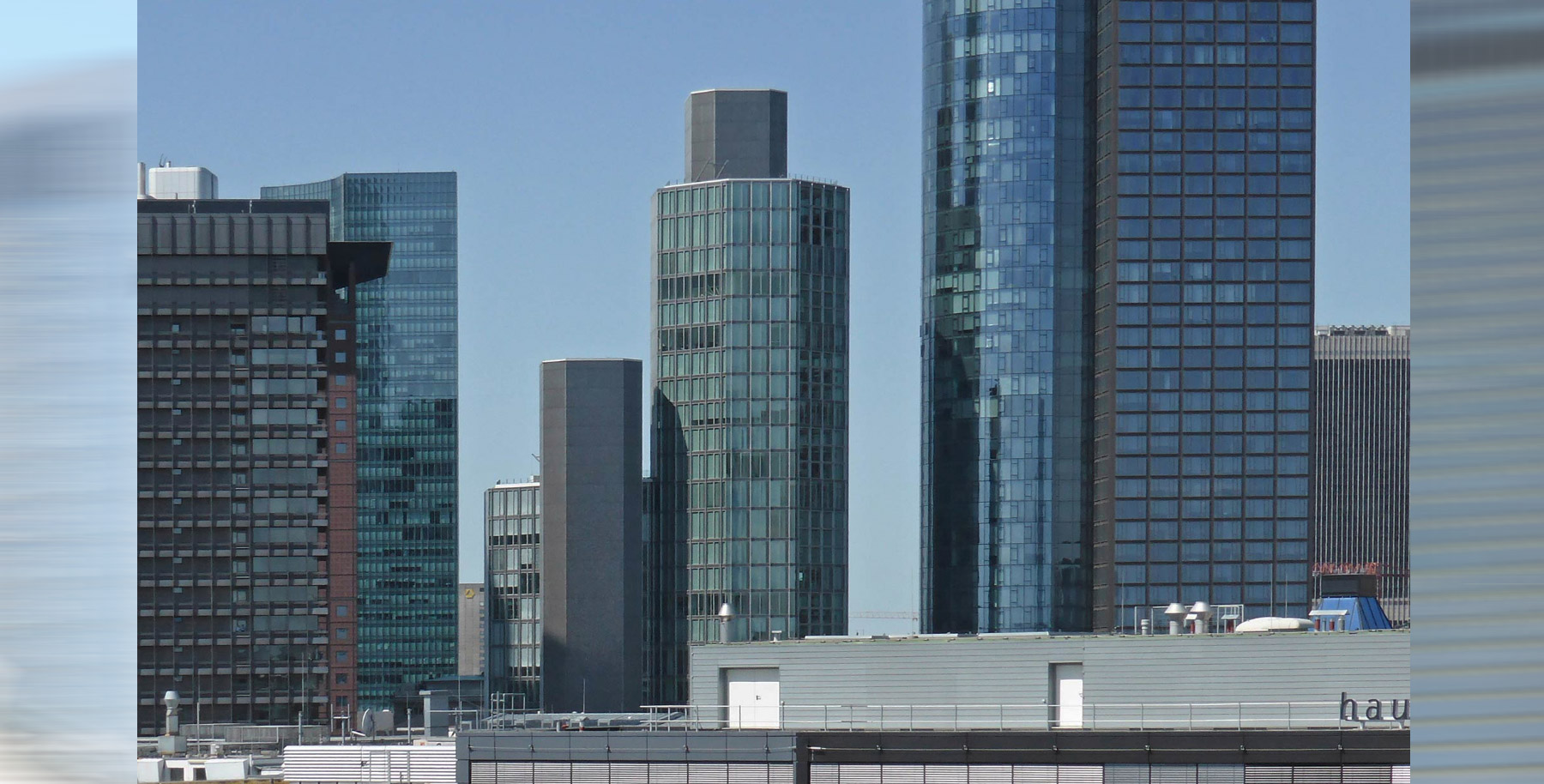 Score: 93 of 100
Powered by ViertelCheck

The Garden Tower is an approximately 127 meter (417 feet) high office tower in Frankfurt’s financial district. It was built between 1973 and 1976 for the Hessische Landesbank (Helaba) and was then known as the Helaba high-rise. The skyscraper was originally designed by Novotny Mähner Assoziierte and was one of the first skyscrapers in the Innenstadt district of Frankfurt (the downtown area). Strictly speaking, the Garden Tower consists of two towers, the taller towering just under 127 meters (416 feet). The higher tower A has 25 floors and the lower tower B has 15 floors.

The building was reopened in 2005 after a major renovation under its current name. The towers were completely gutted, so that only the steel-concrete framework remained. After the asbestos removal, the Garden Tower was getting a new facade and the polygonal shape of the building structure remained unchanged. The architecture was revised by the KSP Engel und Zimmermann office (today KSP Jürgen Engel Architekten).

A special feature of the Garden Tower are twelve winter gardens that have been cut into the facade. Most office floors either give direct access to their own garden or offer a view of the two-storey winter gardens.

Until the renovation, the Helaba high-rise was used by the Landesbank Hessen-Thüringen (the state bank of Hesse). Instead, the Landesbank moved into office space in the neighboring MAIN TOWER in 1999, which was newly built at that time. Today, various companies are tenants in the Garden Tower: for example, the German branch of Société Générale, Intesa Sanpaolo, CMC Markets, Northern Trust, Mediobanca, Bank of New York Mellon, Fitch Ratings, Huxley Associates and Frankfurter Sparkasse 1822 Private Banking.

The OmniTurm, the Japan Center and the FOUR project (planned completion by 2024) are located in the immediate vicinity of the Garden Tower.

Status Spring 1986: The Garden Tower (at that time called High-Rise Building of the Hessische Landesbank) in Frankfurt’s Financial District in the year 1986.

To the left: In the vicinity of the Helaba Tower were the high-rise buildings of Deutsche Bank (behind) and Commerzbank (right). The Deutsche Bank High-rise has meanwhile been torn down, making way for the new high-rise towers from FOUR Frankfurt. The High-Rise of Commerzbank AG no longer belongs to the bank and is today operated as the Global Tower.