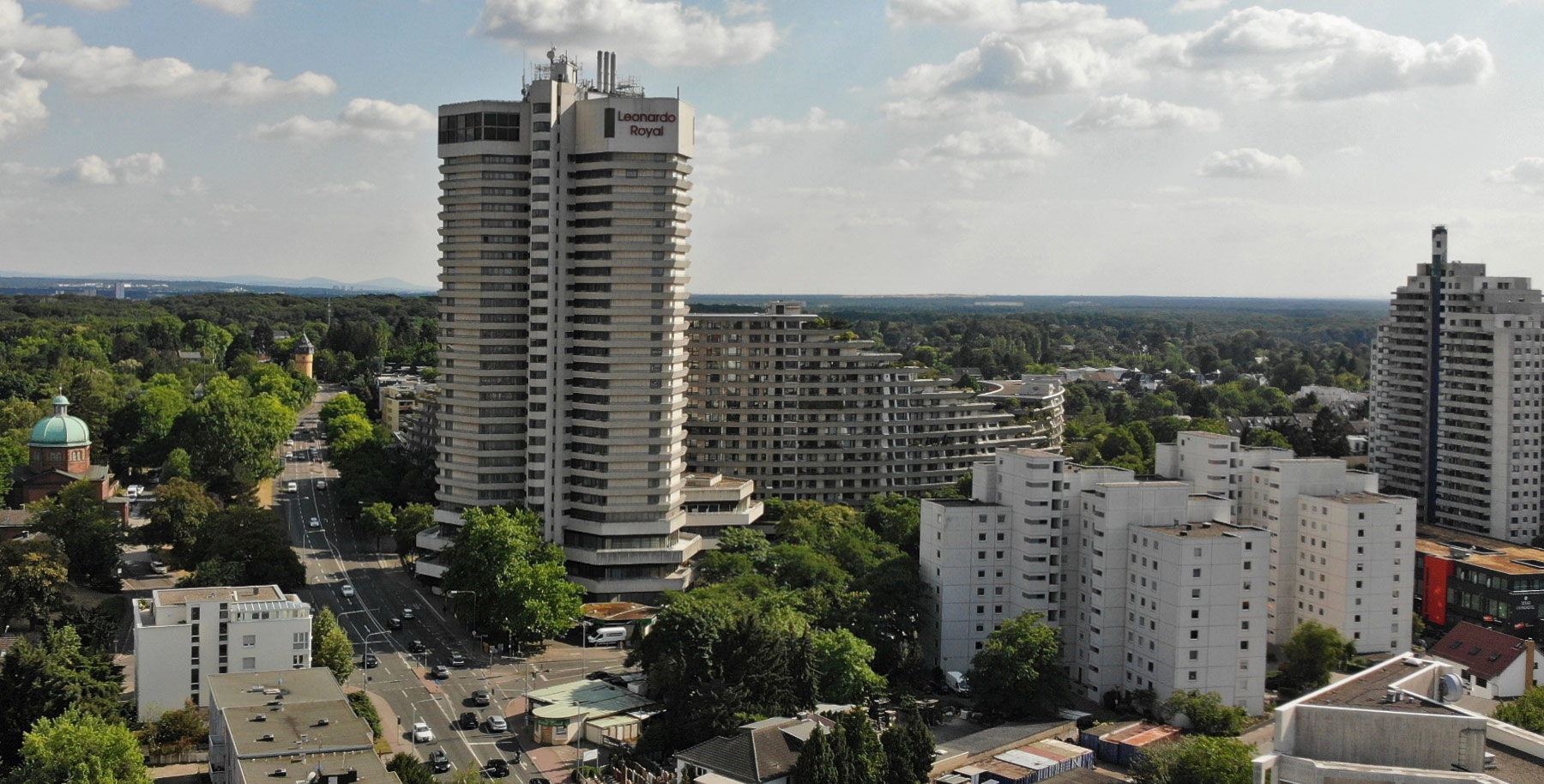 Score: 70 of 100
Powered by ViertelCheck

The Leonardo Royal Hotel Frankfurt is a high-rise hotel in the south of the city not far from the green belt. The Leonardo Royal Hotel was opened in 1972 after three years of construction and has 449 rooms. In addition, there are 20 fully equipped conference rooms with a capacity of up to 420 participants in the building complex.

In the top of the building there is a large, two-story restaurant that is used for events and disco evenings. On some days the so-called house running takes place on the building facade, where participants can run down the entire facade from the roof.

The approximately 100-meter-high hotel tower is the tallest high-rise building in Frankfurt that is solely used as a hotel, just a bit taller than the Jumeirah Hotel. Although the hotel areas in Westend Gate are even higher, the last-mentioned high-rise above all also has office space. The Leonardo Royal Hotel is the second tallest skyscraper in the Sachsenhausen district after the Henninger Tower, which was newly built in 2014.

Until 2014 the hotel was operated as the “Holiday Inn Frankfurt City-South Conference Centre“.