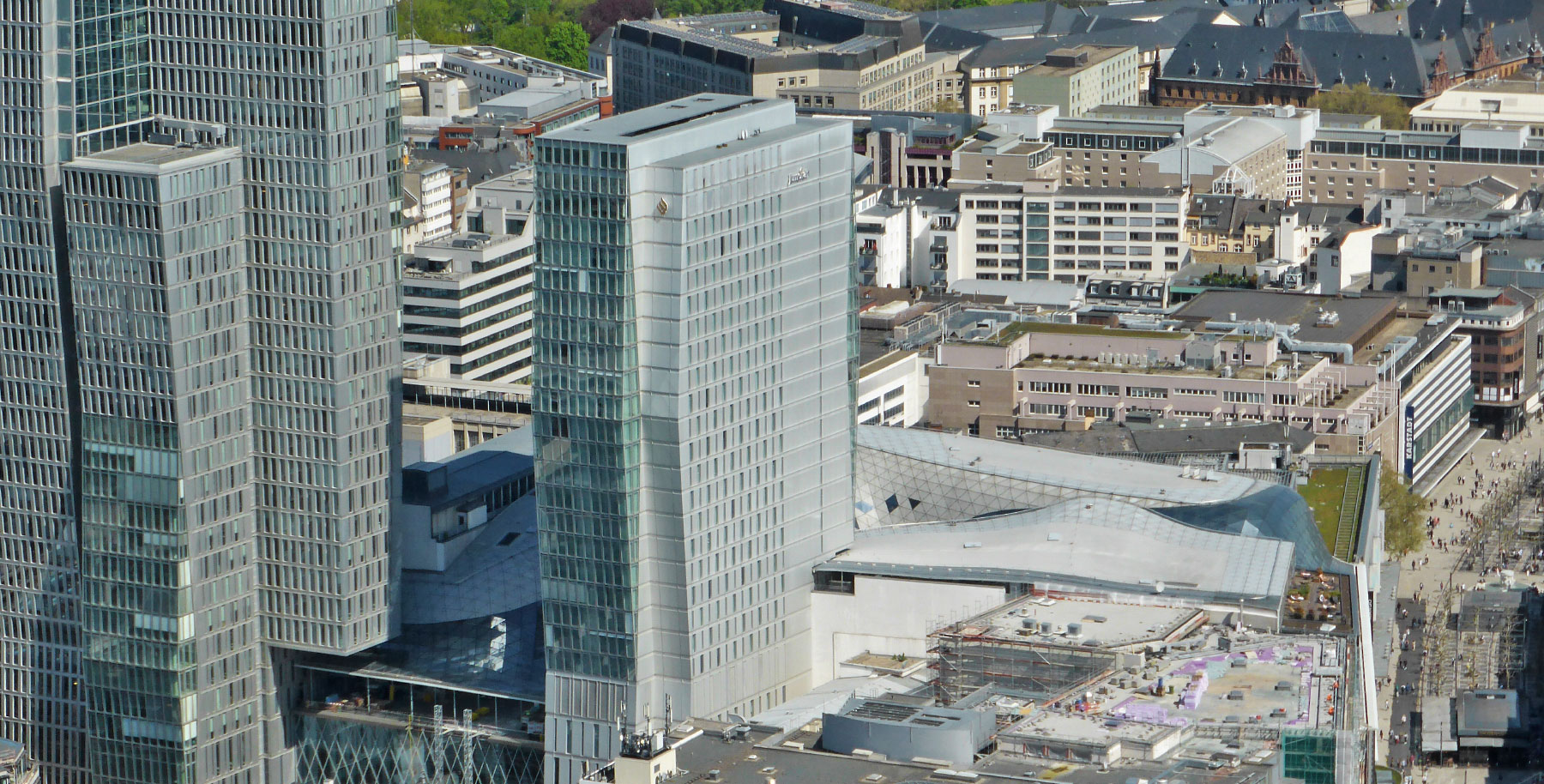 The JW Marriott Hotel Frankfurt is located in a high-rise building built in 2009 with a height of 96 meters (315 feet) near the Hauptwache square. The building was originally built for office purposes and then converted into a hotel. This fact also explains why, for example, the entrance area is relatively cramped for a hotel and why the in-house restaurant is on the second floor and not in the head of the high-rise. From 2011 until spring 2022, the property functioned as a hotel of the Arabian premium chain Jumeirah. Since the withdrawal of Jumeirah, the current tenant, Munich-based MHP Hotel AG, has been running the first hotel of the luxury brand JW Marriott here in the high-rise building on Thurn und Taxis Platz.

The former Jumeirah tower is part of the Palaisquartier, which was built between 2004 and 2010 on Große Eschenheimer Strasse in the city center. Palaisquartier consists of four buildings: a scaled-down reconstruction of the baroque Palais Thurn und Taxis, the JW Marriott Hotel Frankfurt shown here, the 136-meter-high (446) Nextower, and the MyZeil shopping center.

The design for the Hotel-Tower comes from Frankfurt architects KSP Engel und Zimmermann Architekten (today KSP Jürgen Engel Architekten). The slightly inclined facades made of glass and aluminum panels give the high-rise a striking appearance.

From the upper floors you have an unobstructed view of the high-rise skyline of the Financial District with its many skyscrapers. From here you also have a perfect view of the four new skyscrapers of FOUR Frankfurt, which will be built by 2024. The JW Marriott Hotel Frankfurt is one of the few high-rise hotels in the city center and the second highest pure hotel high-rise in Frankfurt after the Leonardo Royal.

Status March 2022: The Arab premium chain Jumeirah gives up the location at Thurn und Taxis Platz due to pandemic. In the future, the high-rise will house the first hotel of the luxury brand JW Marriott in Germany.