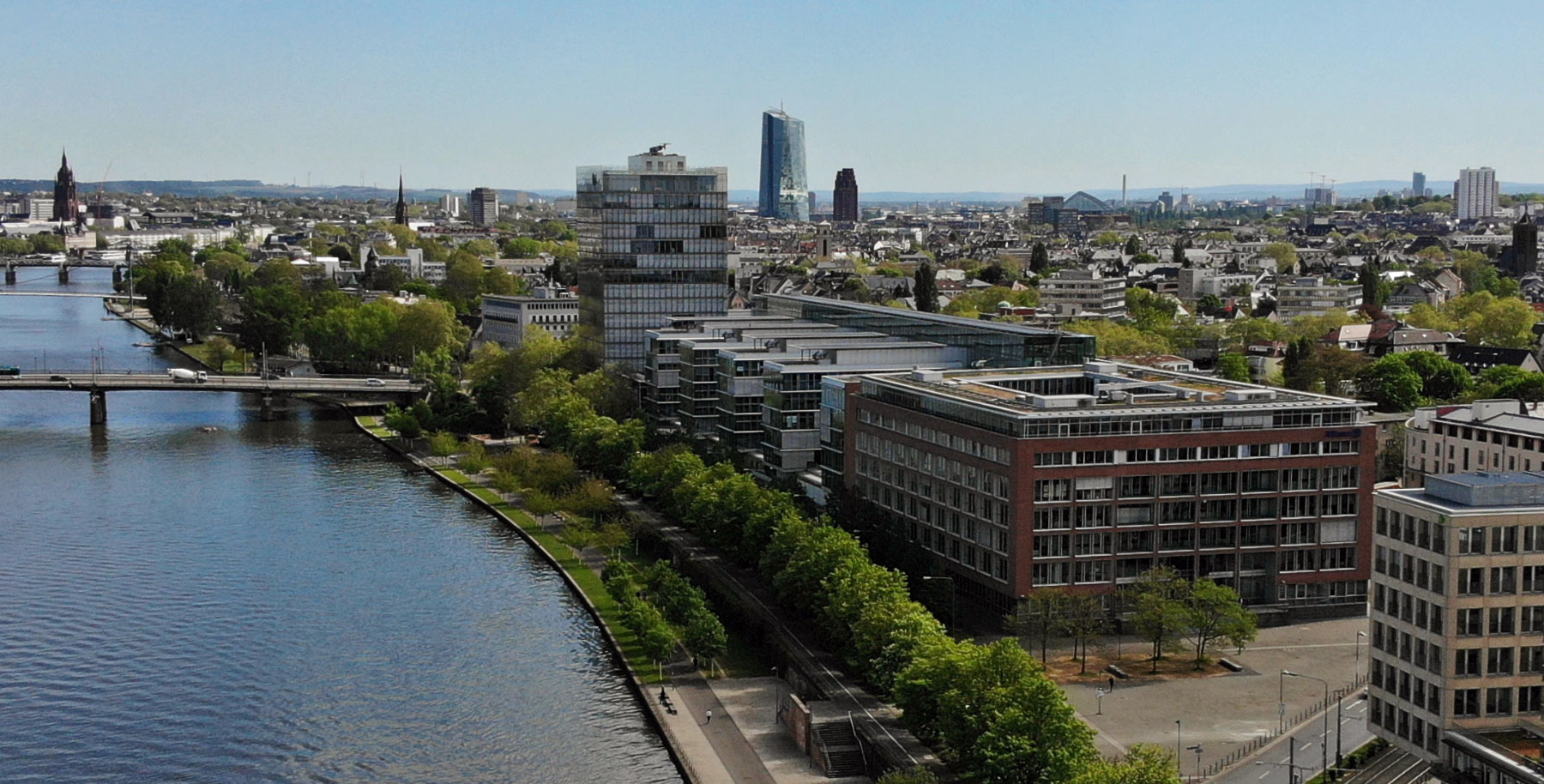 Allianz Kai is an office building located on the south bank of the Main river opposite the Westhafen development area. Instead of striving upwards, the insurance group opted for a flat ensemble of buildings. The building complex has 16 upper floors and a height of around 60 meters. Allianz Kai was designed by the architecture office HPP Hentrich-Petschnigg & Partner and completed in 2001.

One focus of the planning was to create short distances for the company’s employees and, overall, more customer proximity. Nine different companies from the Allianz Group were to be brought together at the new location. The 23,000 square meter property was already owned by Allianz Versicherungs-AG in the 1970s. At that time, however, a previous building still existed there; the high-rise building used by AEG was demolished in 1999 for the new Allianz Kai.

Despite its huge gross floor area of around 71,400 square meters (768,543 square feet), the Allianz Kai is integrated into the existing architecture on the Main river shore at the southern Sachsenhausen side. The eye-catcher is the 16-storey high-rise directly on the Friedensbrücke (lit. “Peace Bridge”). The high-rise tower marks the entrance situation and initiates a transition between the closed six-storey perimeter block development along the Stresemannallee boulevard and the ridge structure along Theodor-Stern-Kai street. The perimeter block development has five building blocks.

The Allianz Kai high-rise is part of the complex and has a double facade and contributes to soundproofing against outside noise. The inner facade has room-high window sashes and ensures natural ventilation of the workplaces.

For some years now, the Allianz Kai has not only been used by Allianz itself, but also rented to other companies.

On the opposite Main river side of the Allianz-Kai lies the Westhafen Tower.