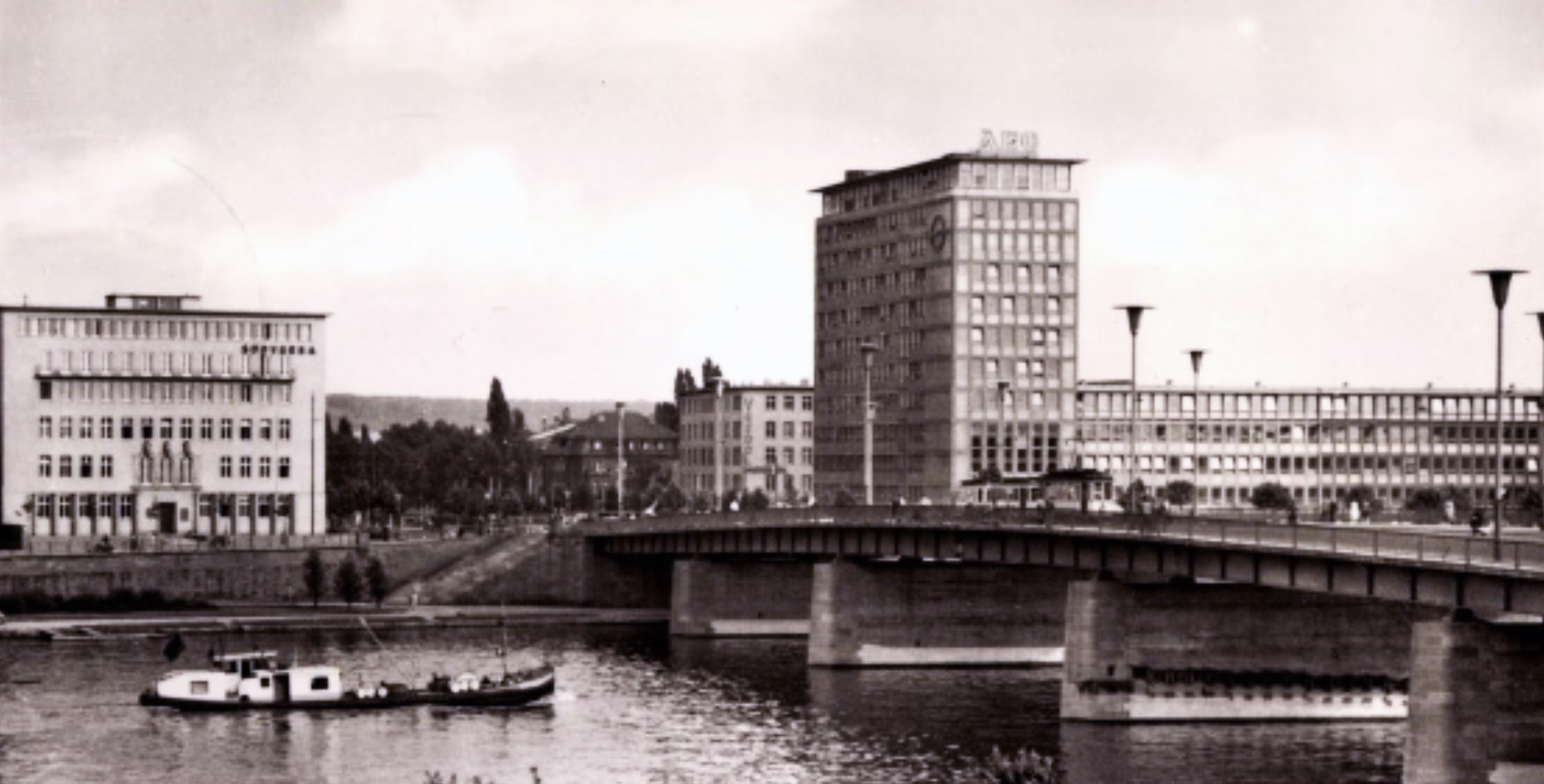 The AEG High-Rise was a 12-storey office complex on the south bank of the Main opposite the Coal Harbor (today’s West Harbor). The AEG High-Rise was built between 1949 and 1951 and was the first high-rise office building in Frankfurt after the Second World War. The complex consisted of a 43 meters (141 feet) high tower and an already existing, but subsequently extended, side wing. The AEG High-Rise was designed by Adolf Heinrich Assmann and Hans Bartolmes. The construction company was Wayss and Freytag.

A striking feature of the AEG High-Rise was the strict grid facade, which was composed of the dark-painted supporting structure and light-colored limestone cladding. A cantilevered flat roof crowned the top floor, which contained a canteen.

The tower was originally planned as a high-rise south and was one of the preliminary construction work for the planned federal capital Frankfurt. After Frankfurt unexpectedly lost the race for the capital against Bonn, the employment office first moved into the building complex. The upper floors of the high-rise tower were already rented to AEG.

When the new employment office in Fischerfeld was completed in 1957, all parts of the building on the banks of the Main river were taken over by the AEG Group. In addition, the building of the Allgemeine Ortskrankenkasse (AOK) adjoining to the west was taken over and two storeys were added. This was made possible by the move of AOK to the also newly built high-rise building on Dominikanerplatz (today Boerneplatz).

Then the decline of the AEG Group happened and the Allianz Insurance Company (Allianz-Versicherung) took over the entire ensemble, having it completely demolished in 1999 in order to build a new regional headquarters there. The side wings and the former AOK Building were demolished conventionally, but the high-rise was blown up.