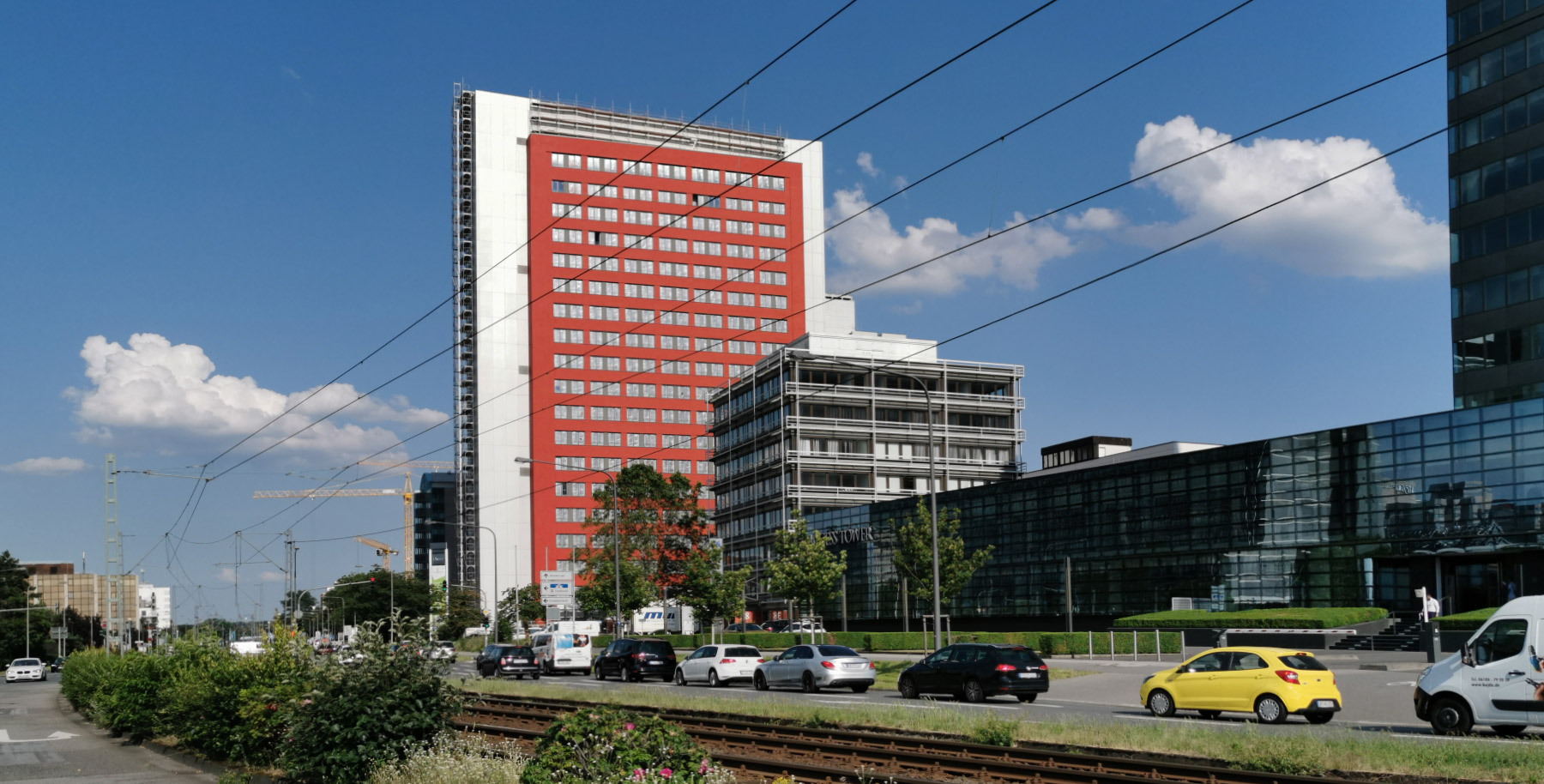 The housing company GWH constructed a 20-storey residential tower named Ruby Tower on Lyoner Strasse 40 in the Lyoner Quartier (lit. Lyon Quarter, formerly also known as office town of Niederrad). For that reason, GWH Wohnungsgesellschaft Hessen, a subsidiary of Landesbank Hessen-Thuringen, bought the buildings at Lyoner Strasse 38 and 40, which were originally office buildings.

Deutsche Hospitality (formerly Steigenberger Hotel Group) used to have its headquarters in the 20-storey office tower with 12,785 square meters of gross floor space. Meanwhile, however, the company has moved into an office building opposite. In December 2017, the restructuring of 150 privately financed apartments has begun and has been completed. In the new residential tower then predominantly two-room apartments are provided, which are provided for rent in the GWH inventory. The property offers open floor plans, generous windows and optional views of the Frankfurt skyline, the city forest or the Taunus hills.

On the 1.1 hectare neighboring property (Lyoner Strasse 38 and 38a), the office buildings located there are demolished. For the year 2020, the start of construction is planned for further new housing next to the tower. The completed purchase of the property also includes the parking garage behind the tower. Overall, GWH intends to realize around 160 sales apartments with parking spaces on the site.

The seller of the original real estate to GWH is Garbe Group from Hamburg, which according to reports had acquired the properties in 2015.

Status April 2020: The first users have moved into the Ruby Tower. The final work on the outdoor facilities is still underway.

Status March 2019: The dismantling work has been completed, in the interiors began with the drywall work. At the same time, the façade works are currently underway.

Status January 2018: The deconstruction work (gutting and facade removal) began in December 2017. The start of actual construction is planned for March 2018. The completion of the high-rise residential building, with 150 rental apartments, is expected for fall 2019. The high-rise residential building will be converted by GWH Wohnungsgesellschaft, while GWH Bauprojekte, as a subsidiary, will take over project management. The condominiums are still in the planning phase; these are built and marketed by the GWH construction projects. The architecture was designed by Stefan Forster Architekten.

Status: August 2017: No building activity has been identified. Further details (such as blueprints) were requested from GWH Hessen.