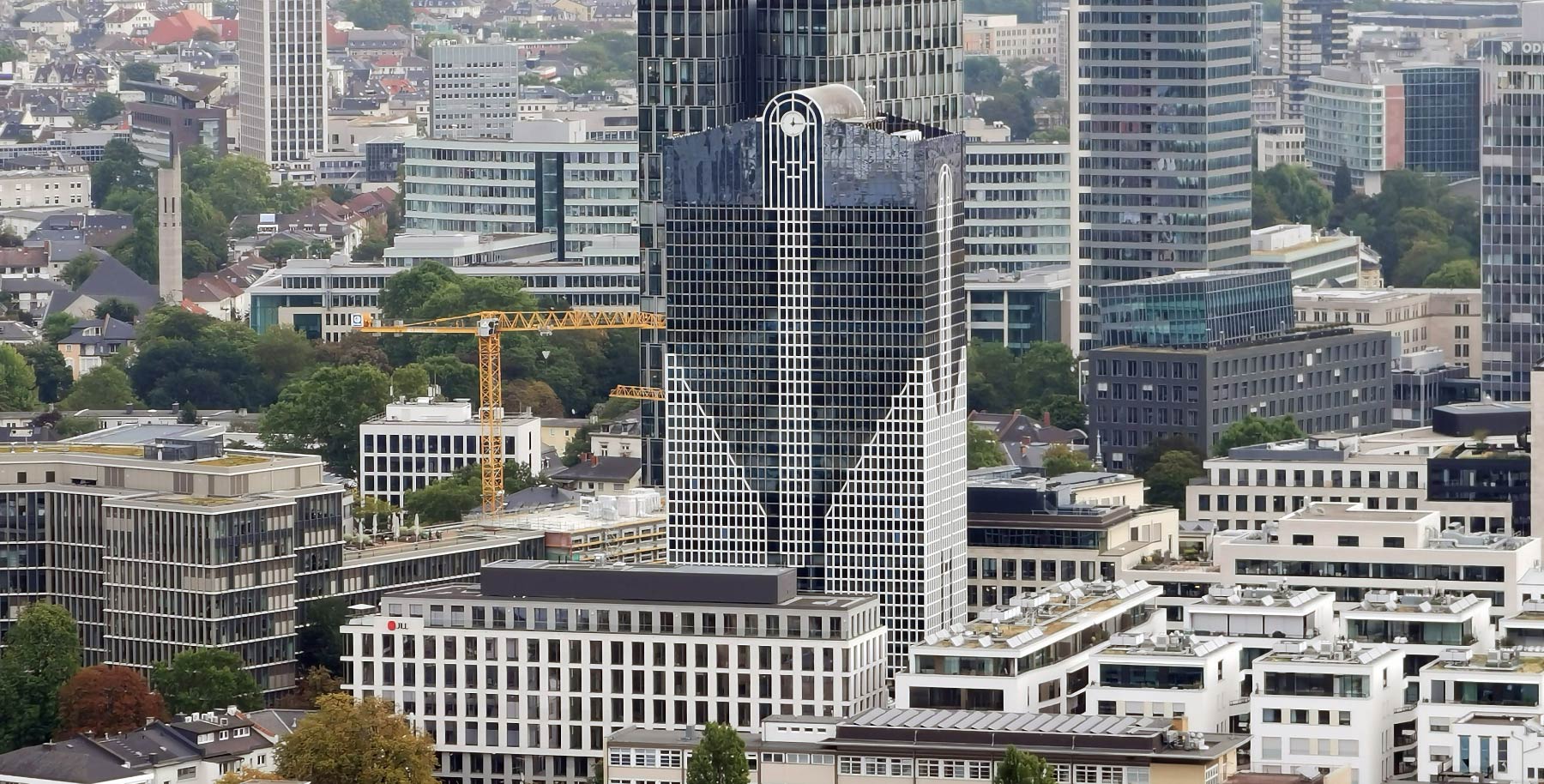 The Rhein-Main-Center (RMC) is a 84 meters (276 feet) high office tower on Bockenheimer Landstrasse in the Westend district. The Rhein-Main-Center has 22 floors and was originally built in 1969. At that time it was the second tallest skyscraper in the German metropolis after the Shell High-Rise (today called City Gate).

The Rhein-Main-Center Frankfurt has undergone numerous modernizations since its construction. Between 1989 and 1991 the external appearance of the Rhein-Main-Center was significantly changed, in the course of which the facade was rebuilt in the style of postmodernism. The high-rise received a large-format clock with a round clock face on each of the building gables. The architect was Helmut Joos with his well-known architecture office of JSK Architekten both during the original construction as well as during the renovation in 1991. The last modernization took place in 2009.

Originally, a 60 meters (197 feet) high “hanging house” designed by the Van den Brek en Bakema architectural office was planned for the location, but this did not meet with approval from the city administration. Instead, the Rhein-Main-Center was built between 1967 and 1969.

The Rhein-Main-Center belongs to the Frankfurt real estate investor Josef Buchmann, who also built the office building. It is mainly leased to companies in the finance and consulting sector. The RMC has a permanently manned reception, a large entrance area, and is fully air-conditioned.

The WestendDuo office high-rise is within sight of the Rhein-Main-Center, also on the street Bockenheimer Landstrasse.