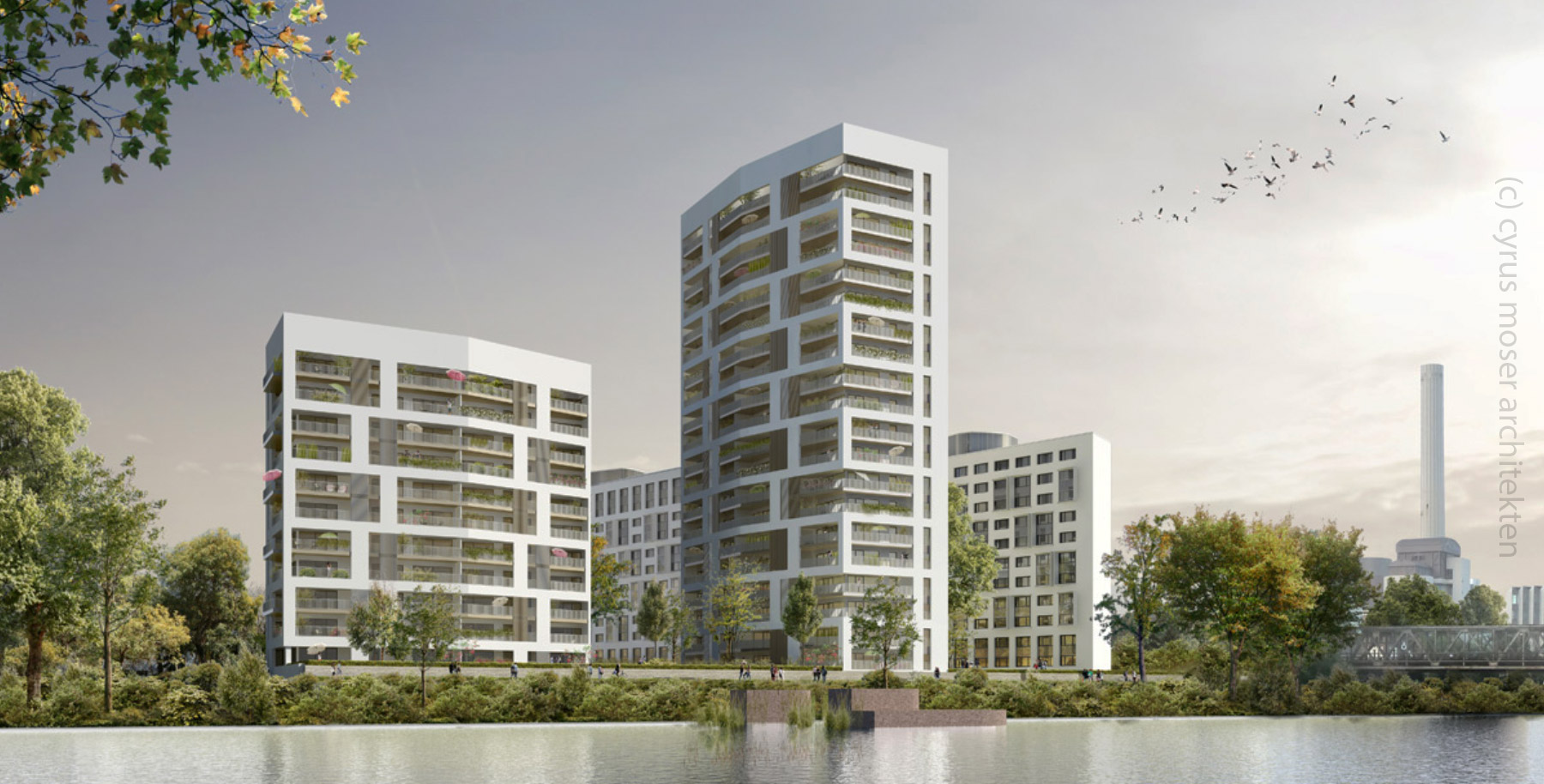 In the Westhafen, a housing complex with two residential towers and a student residence named The Fizz II is being built on a plot of an industrial road of more than one hectare. The project is named ‘Living Quarter at Harbor West’ (Wohnquartier am Westhafen). The tallest of the two residential towers will be 66 meters high and have 19 floors. The smaller tower is to be 38 meters high. The design comes from Cyrus Moser Architekten.

The new residential quarter is embedded between Sommerhoffpark, river Main and railroad tracks, and is in close proximity to the Main. Those traveling on the Main-Neckar-Bridge in Frankfurt will be able to view this ensemble as they enter Frankfurt.

So far, the property is not developed for passers-by. The route along the Main river banks ends at the Main-Neckar-Bridge. However, pedestrians and cyclists will be able to stroll along the bridge by the river in the future. There will be a planned gap between the Mainuferpromenade and the Sommerhoffpark. According to the green space office, investors are building a 12-meter-wide green promenade, which will be handed over after completion to the City of Frankfurt.

Status September 2019: During a visit of the SKYLINE ATLAS at Cyrus Moser Architekten we found the model of “Wohnen am Sommerhoffpark”. Noteworthy are the dimensions of the dorm along the railway line. The building serves as a soundproofing for the high-rise residential buildings and hangs over to the Main river.

Status September 2019: The construction has been stopped several months ago. The following view of the site was photographed during a helicopter flight in September 2019.