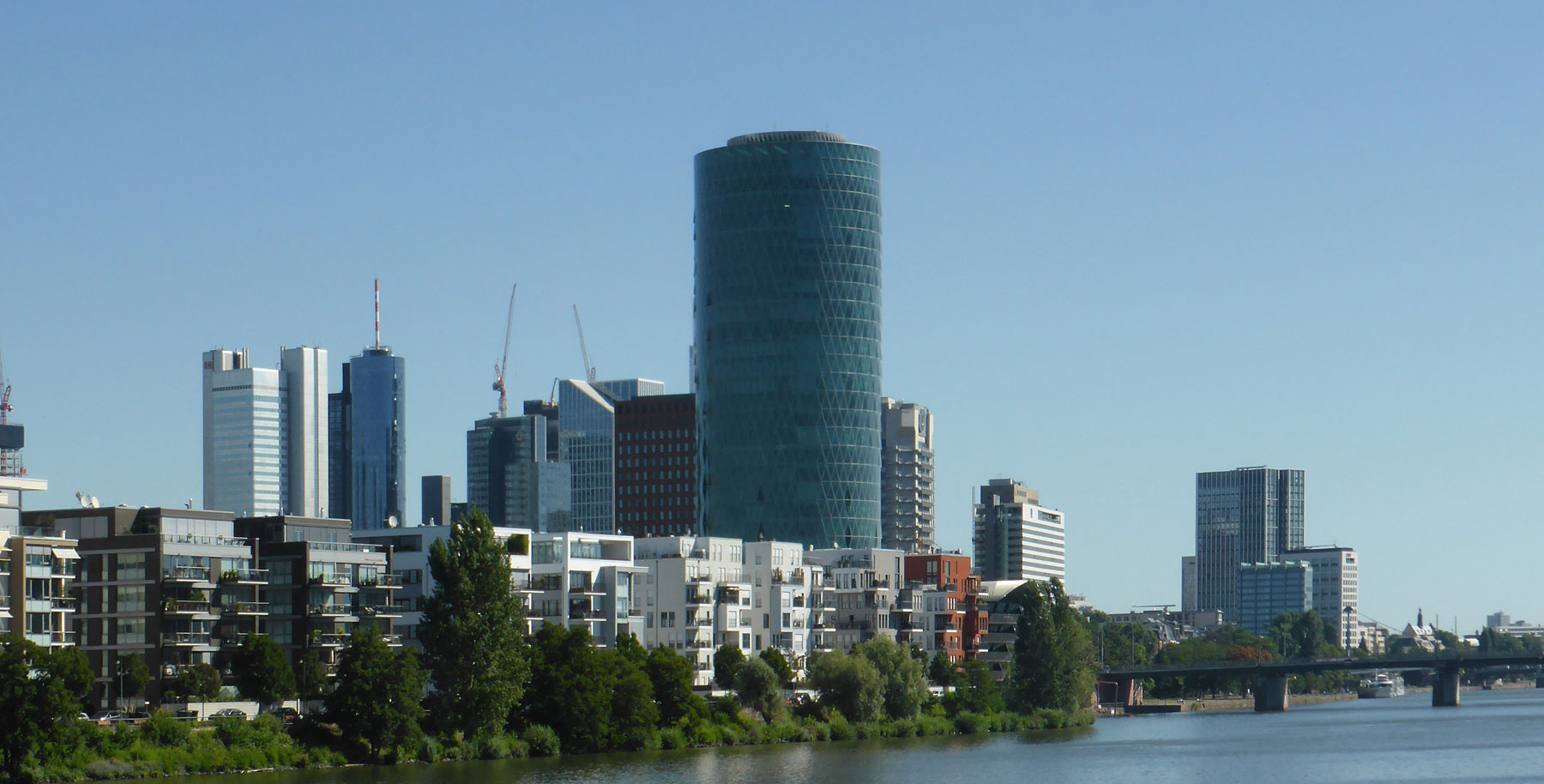 The Westhafen Tower is characterized by its organizationally flexible office use. The shape of a cylinder minimizes the surface of the façade, while the square layouts on the inside allow for different office layouts.

The façade of the highrise tower is made up of 3,556 triangular glass elements. A novel design allows the motorized opening of the rotary wing and thus a natural ventilation and air conditioning of Westhafen Tower. The overlapping of the round exterior facade and the square floor plans creates airspaces. The areas rotate floor by floor by ninety degrees, resulting in four-storey conservatories that minimize the energy required in addition to their development function. For the cooling of the building inside the water of the Main river is used.

The Westhafen Tower was designed by the architectural office schneider + schumacher. The building houses, among others, the European Insurance and Occupational Pensions Authority (EIOPA).