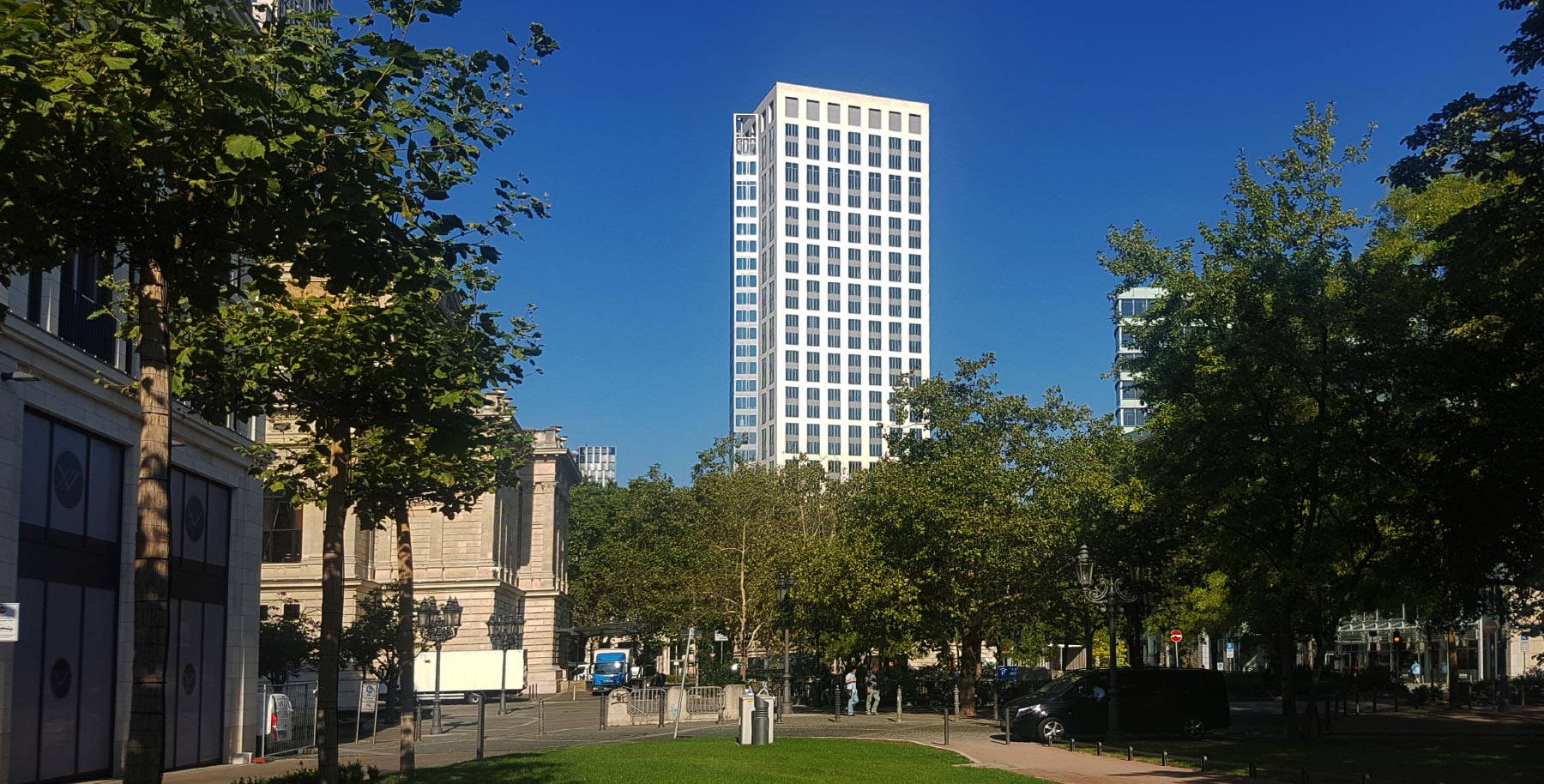 Park Tower is a 115-meter (377 feet) high-rise office building in Frankfurt’s Westend district. The office tower is located on Reuterweg near the Opera Square (Opernplatz) and borders on the Rothschildpark to the north and east. Park Tower was built between July 2005 and autumn 2007 and offers around 24,000 square meters (258,333 square feet) of gross floor space. The building was designed by Albert Speer & Partner.

For the construction of the Park Tower, the SGZ high-rise (that stood in its place) was completely gutted and renovated. The SGZ tower was built in 1972 as the administrative headquarters of the Südwestdeutsche Genossenschafts-Zentralbank (merged into the current DZ Bank in two stages in 2000 and 2001). The then 96 meter high building with a black and silver facade was for a short time the tallest building in Frankfurt.

Due to its foundation, unexpectedly high settlements and misalignments occurred during the construction. For years one was busy counteracting this. Only 10 years after the building was completed did the settlements come to rest. The building has sunk in steps up to 31 centimeters (12 inches).

During the total renovation, the high-rise tower was increased by three storeys and supplemented with a second structure that wraps around the shaft of the tower like a stone clasp. Park Tower is clad with light natural stone and the original building cubator has been completely glazed. The building stands slightly at an angle to the Old Opera House (Alte Oper). The main tenant of the building is the international law firm Freshfields Bruckhaus Deringer, which has rented almost the entire building.

Status October 2020: As the Immobilien Zeitung (IZ) newspaper reports, the Park Tower is to be sold by DWS Group. BNP Paribas Real Estate and CBRE are said to have received the sales mandate.

Status March 2020: The law firm Freshfields Bruckhaus Deringer will leave Park Tower in 2024 to move into Tower 1 of the FOUR project.