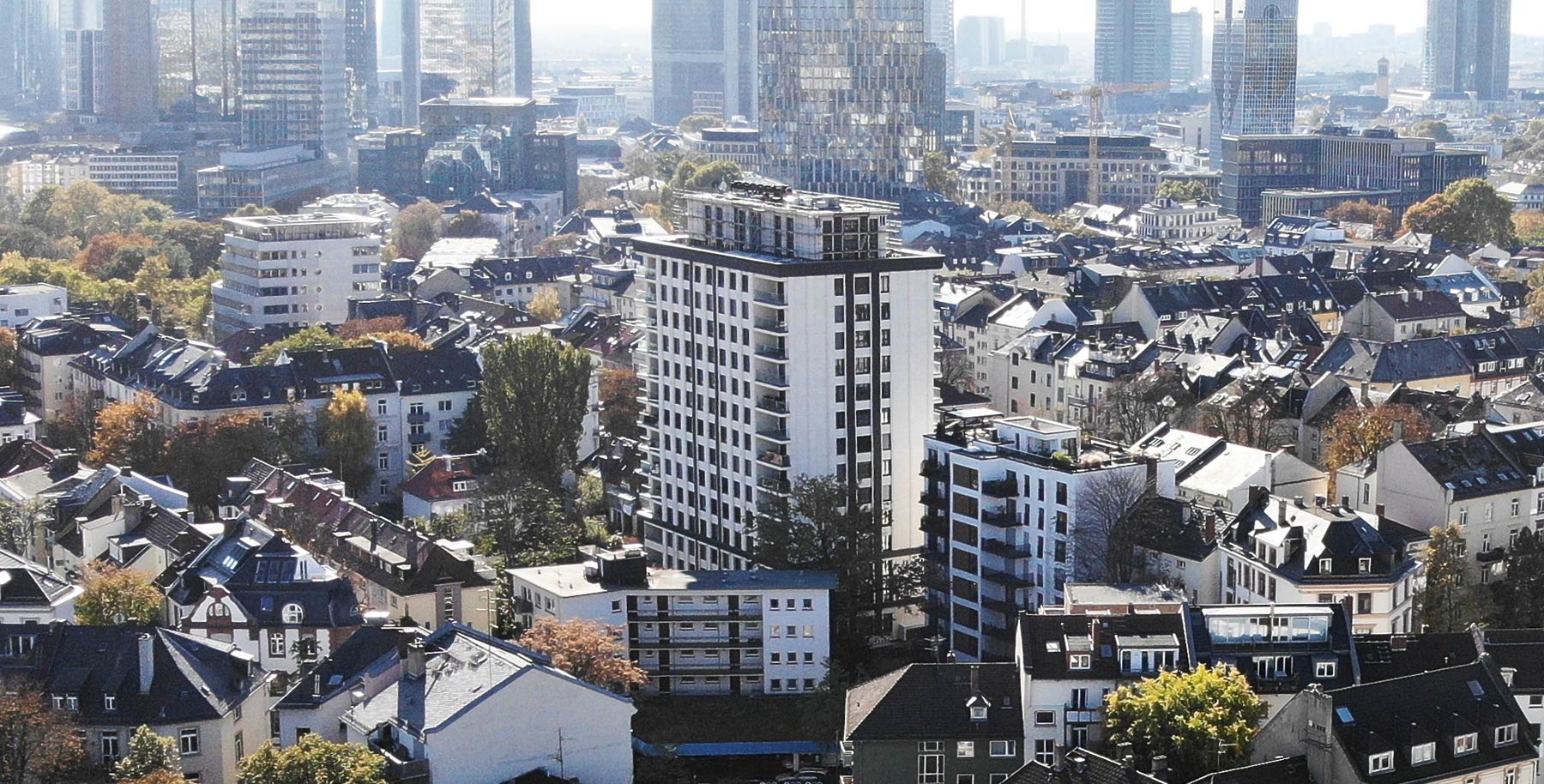 Onyx is a residential building which was built in the Westend district, which includes exclusive condominiums. Onyx Frankfurt converted the former German headquarters of US insurer AIG into a residential building. The building has 15 floors and features an Art Deco natural stone facade. Until the complexion of 160 Park View, Onyx is one the tallest residential high-rise in Frankfurt’s Westend.

The original investor came into financial difficulties during construction, which is why there was a long break in construction. In keeping with the exclusive location at Oberlindau in the Westend, the formerly planned 30 to 40 apartments and the high-rise building were to have all the comforts, such as concierge service, the dog washing area in the underground car park, which has recently become indispensable in elite building projects, and a heated sports car ramp. So much ambience and luxury should of course have its price: For 6.4 million euros, a 460-square-foot penthouse changed the owner in 2015, probably the most expensive apartment in the city of Frankfurt. However, the prices of up to 14,000 euros per square meter must not have been the problem, why the client had to file for preliminary insolvency at the Frankfurt district court. The construction period was originally planned to be two years, but eventually lasted more than five years and the construction costs multiplied.