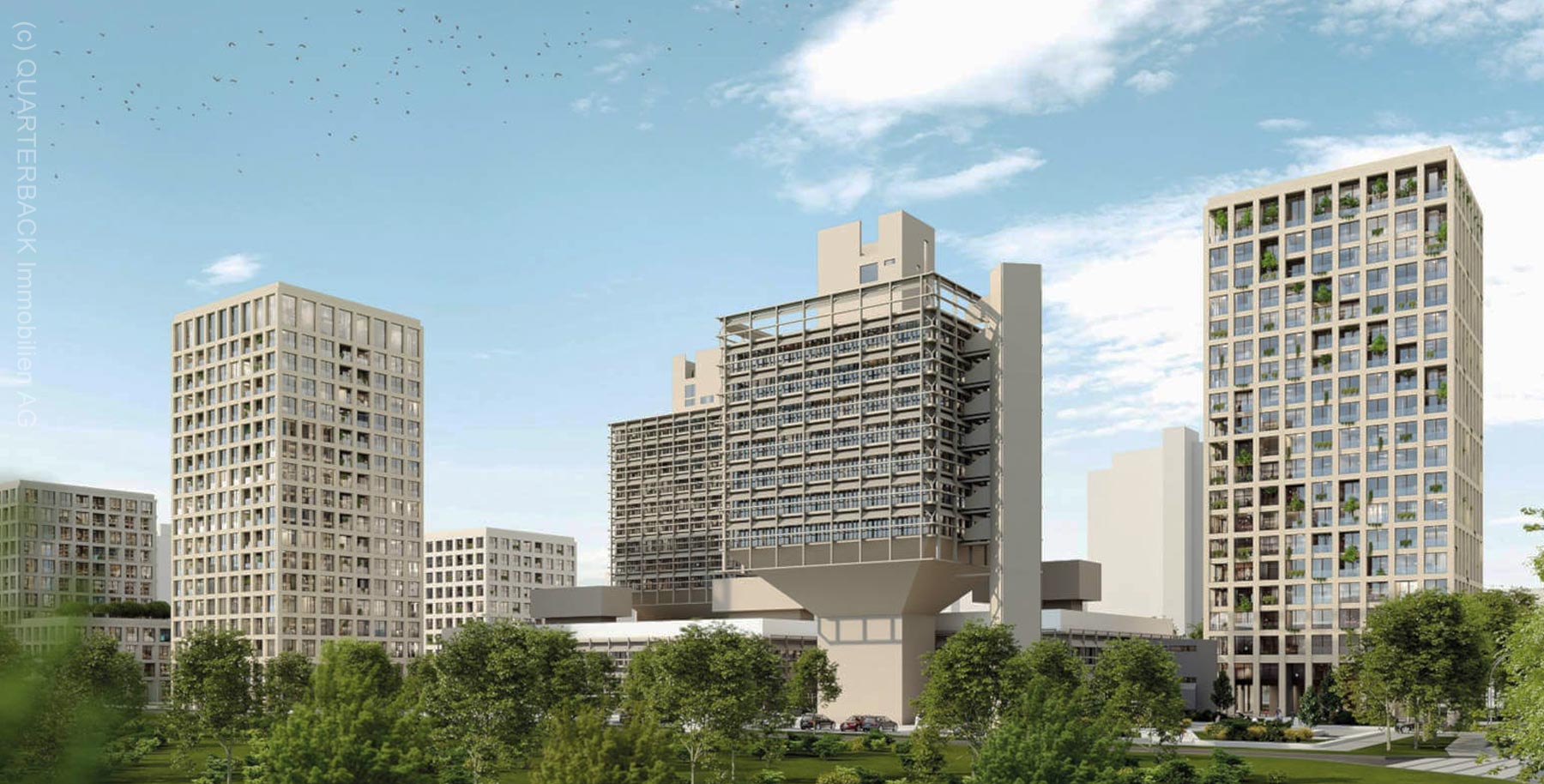 The Olivetti Campus is planned to supplement the existing office building with new buildings that will shape the cityscape of the Lyon Quarter. The project developer QUARTERBACK Immobilien AG from Leipzig has presented corresponding plans for this. Several hundred apartments, retail and space for modern office and work environments are planned.

The Olivetti Campus will continue to transform the previously primarily monofunctional development area Office City Niederrad into a mixed-use area. According to media reports, the City of Frankfurt has no concerns about the new buildings in the immediate vicinity of the protected high-rise buildings by Egon Eiermann.

The project developer, which operates throughout Germany, is also celebrating its market entry in Frankfurt. The Olivetti Campus, based on mixed-used concepts, was presented from October 11th to 13th, 2021 at EXPO REAL in Munich. The Olivetti Campus is the first completely new high-rise project in Frankfurt that has been presented since the beginning of the corona crisis. A planned start of construction or a planned completion date was not announced.