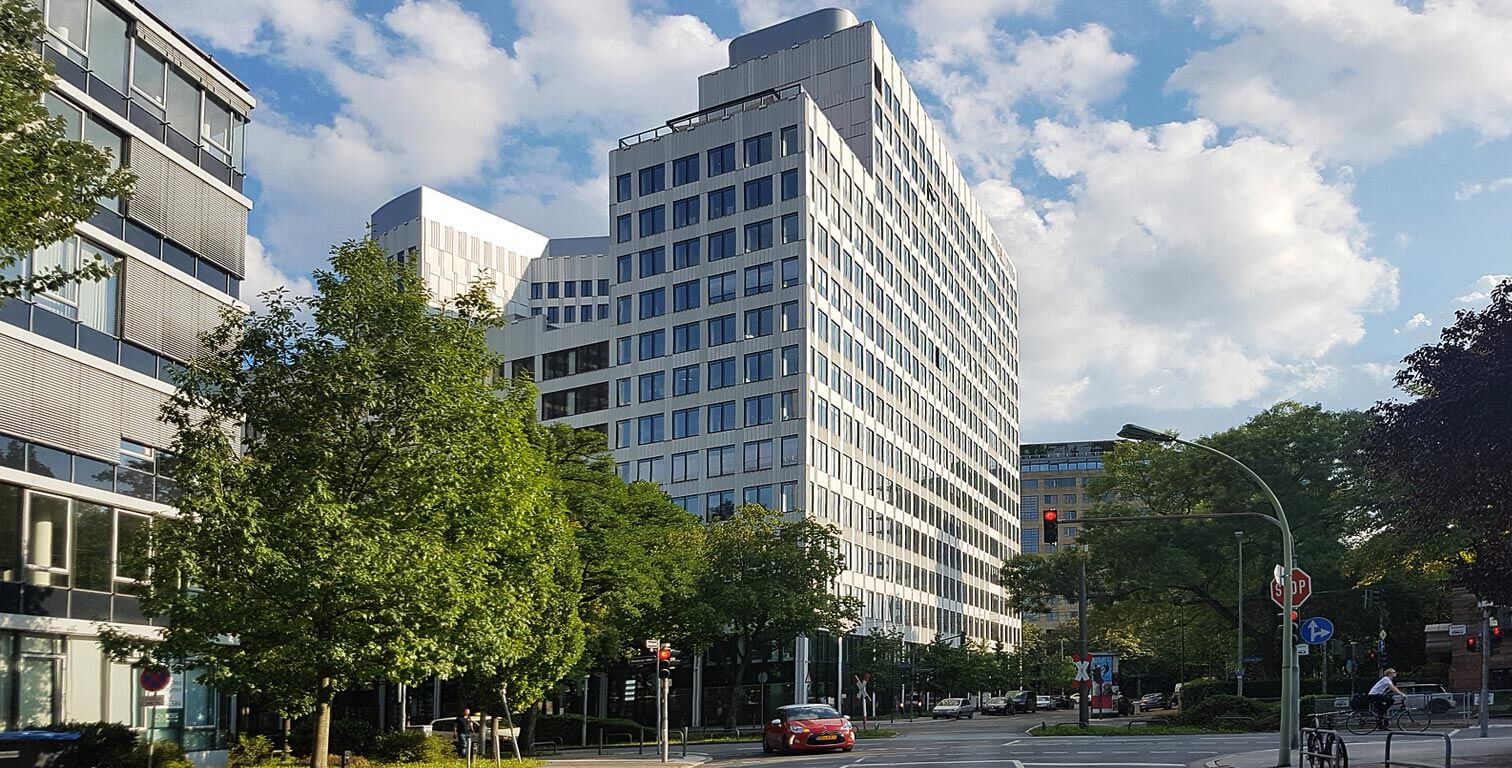 The 17-storey high-rise complex called LEO was created in 2013 on the Theodor-Heuss-Allee street after extensive revitalisation and extension work. The office building is used by ING Bank and a team of ING Bank N.V., from the Frankfurt Branch. The building complex was designed for approximately 2,000 employees. In total, the bank has an area of ​​approximately 40,000 square meters at the LEO building. LEO has been awarded the LEED ‘Green Building’ award. The design for the conversion was made by Schneider + Schumacher Architekten from Frankfurt.

The building automation of LEO was implemented with systems from Siemens Building Technologies.

The building is based on the existing Poseidon Haus (lit. Poseidon House), which was completely gutted and then rebuilt.