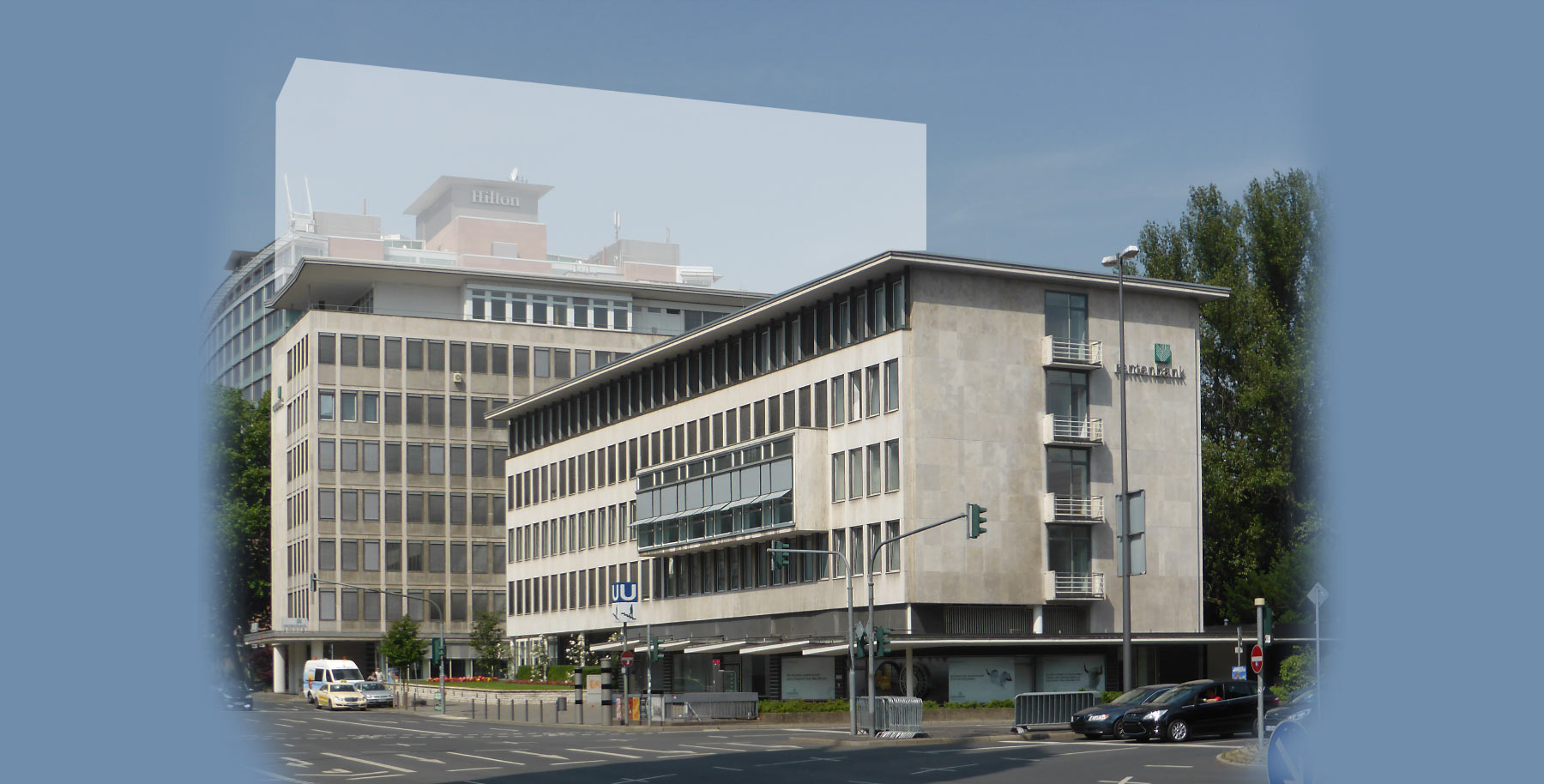 The Landwirtschaftliche Rentenbank (Agricultural Pension Bank) is based in the city center of Frankfurt. Here it uses an office complex on Hochstrasse having up to eight floors, not far from the historic Eschenheimer Turm (Eschenheim Tower). Rentenbank’s headquarters were designed between 1952 and 1954 by the architects William Rohrer, Werner Dierschke and Rudolf Letocha. It is one of the best-known buildings of the 1950s and is under landmark protection.

Rentenbank now intends to expand at its current location due to the strong growth in the number of employees. Rentenbank would therefore like to extend the existing building complex by a few storeys. The municipal building inspectorate has accordingly approved the Rentenbank’s preliminary building application for the extension after extensive consultations. According to the Rentenbank, the City of Frankfurt wanted to retain the existing location as the bank’s headquarters in the long term, despite landmark protection requirements.

The Landwirtschaftliche Rentenbank will therefore increase the height of its headquarters on Hochstrasse: Instead of eight storeys, the taller part of the complex will be allowed to comprise twelve floors. As part of the increase of floor space, the office building will be comprehensively revitalised. The designs are implemented by the Jourdan & Müller Steinhauser Architekten office.

Construction work on the new Rentenbank starts in 2021 and will last until 2024. In the meantime, Rentenbank will move to the Goldenes Haus near Messe Frankfurt, the trade fair center (at the A 648 freeway). For this location the bank has signed a rental agreement for around 12,300 square meters of space, which will be valid from October 2020.