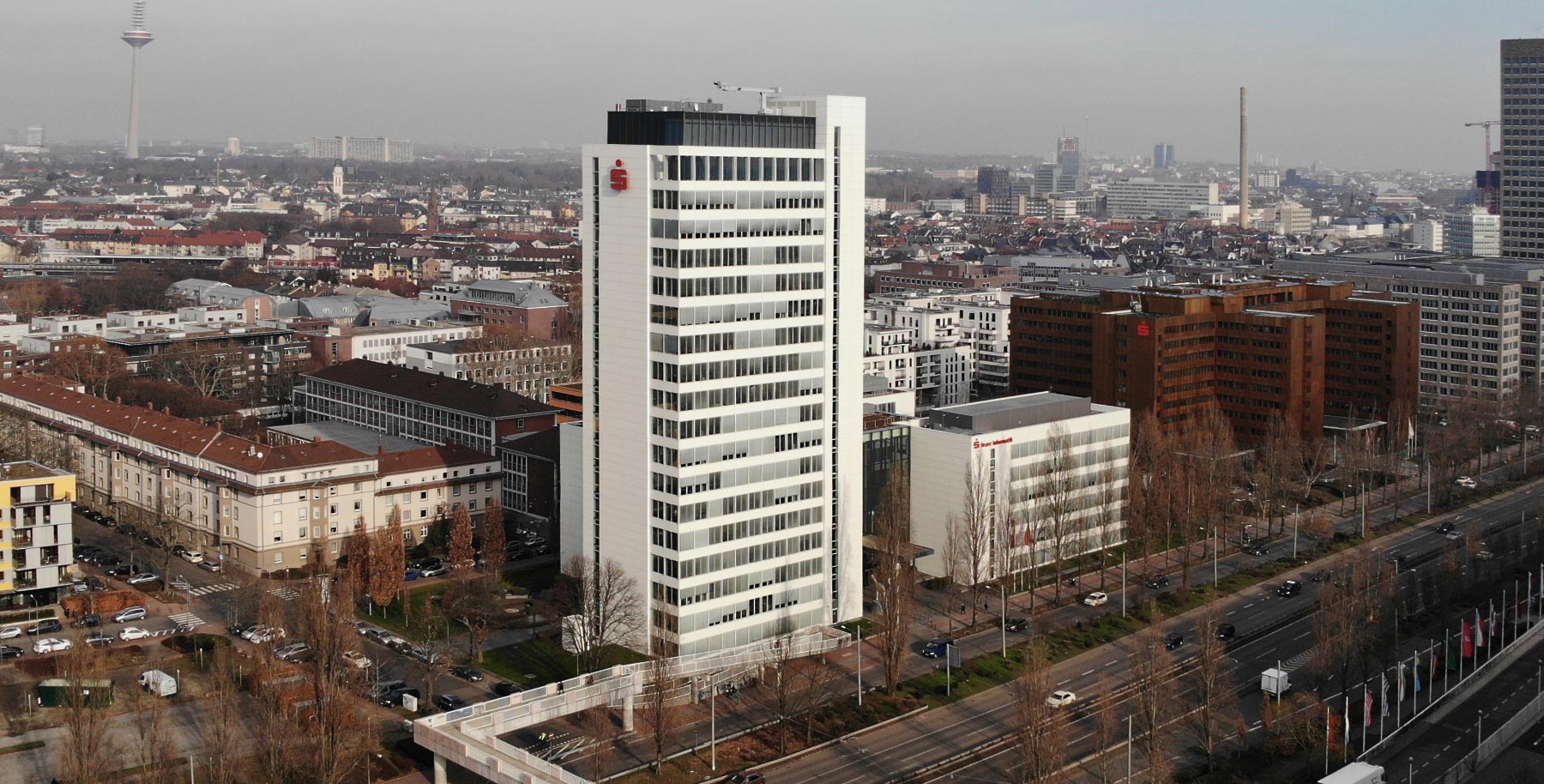 Score: 81 of 100
Powered by ViertelCheck

The Finanz Informatik tower is located in the City West close to the Frankfurt trade fair grounds. The building complex of the Sparkassen Informatik consists of a high-rise, an entrance hall and an office and conference building. A second building block with the same construction principle is planned at right angles to the low-rise building for any possible future expansion.

The building complex, also known as Drehscheibe Frankfurt (lit. “Frankfurt Hub“), was designed by MOW Architects and built between 2004 and 2006. The structural engineering was carried out by the Bollinger + Grohmann engineering office. The glass atrium is planned as a communication center and establishes the relationships between the various uses. The entrance hall consists of cantilevered cubes, galleries and connecting walkways.

The office space in the approximately 70-meter-high building and in the low-rise office block were planned based on openness and flexibility. Flexible room modules in the combination zones adapt to different team structures. The property offers a total of 41,300 square meters of gross floor space.