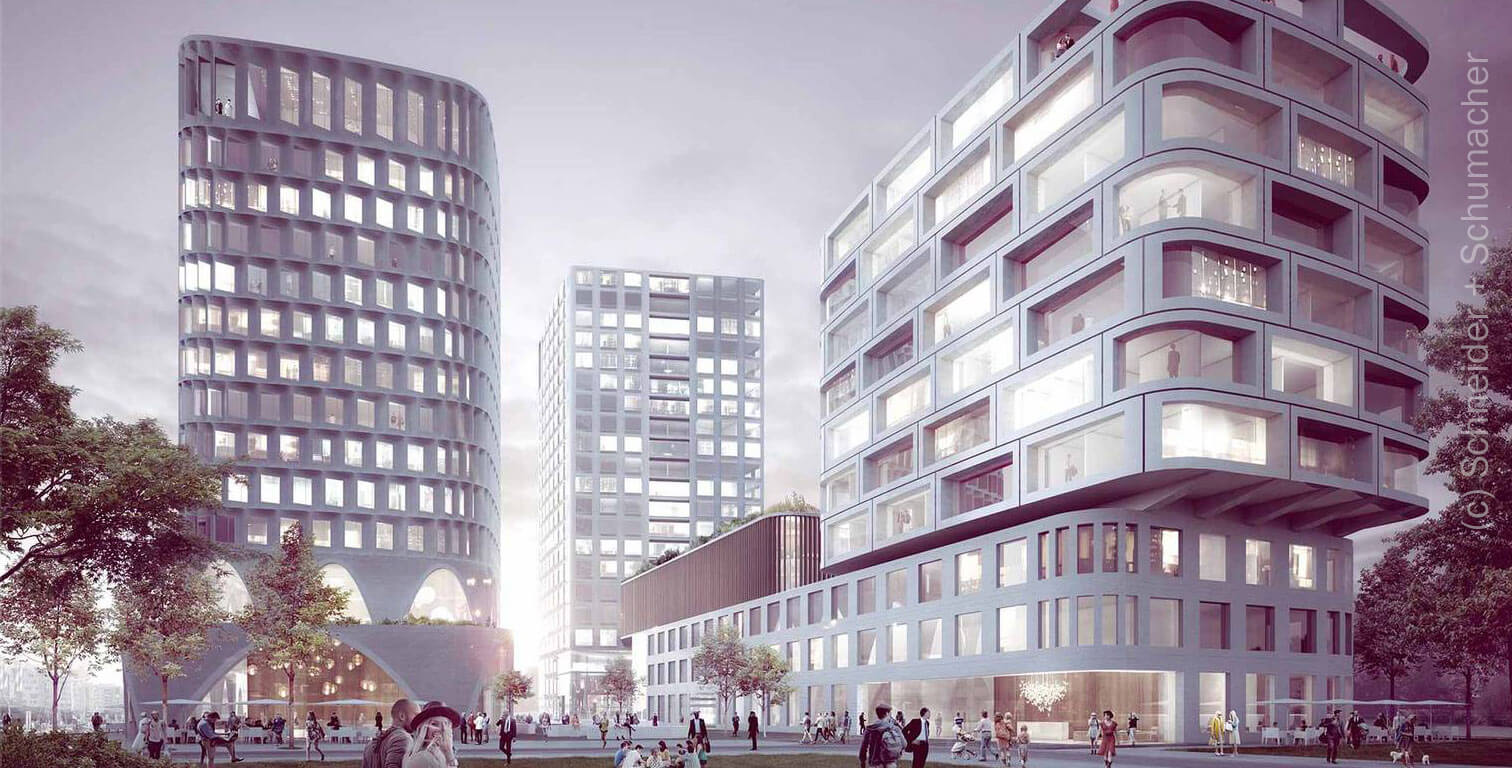 By constructing the project “Die Macherei Hafen Offenbach“, three high-rise buildings of ten to twenty storeys are being built in the up-and-coming area of the Offenbach Harbor. The new district of Inselspitze is to form the transition between the densely built port of Offenbach and the future park in the dunes. T

The Frankfurt architecture firm schneider + schumacher emerged as the winner of the investor selection process together with Ramboll Studio Dreiseitl for the open space planning. The concept combines work, hotel, fitness, restaurants, parking, leisure and recreation, thus creating a lively cosmos on the water, attracting both tourists and residents.

The striking buildings offset each other and allow for visual references in all directions. As the tallest building, the hotel and office tower marks the outermost tip of the building, while the cantilevered office building receives a prominent view over the bridge for passers-by. The Design Offices Tower, located at the harbour basin, forms the centre and, with its green base, connects the harbour mole to the landscape of the park. The building position creates constriction and expansion, allowing space and tension. The central square is animated and becomes the multifunctional center of the new project.

The architecture is based on the robust, sometimes harsh, expression of the former industrial harbour and is related to its materials: stone, brick, wood and glass. The buildings have clear, simple structures and typologies that correspond to its uses.