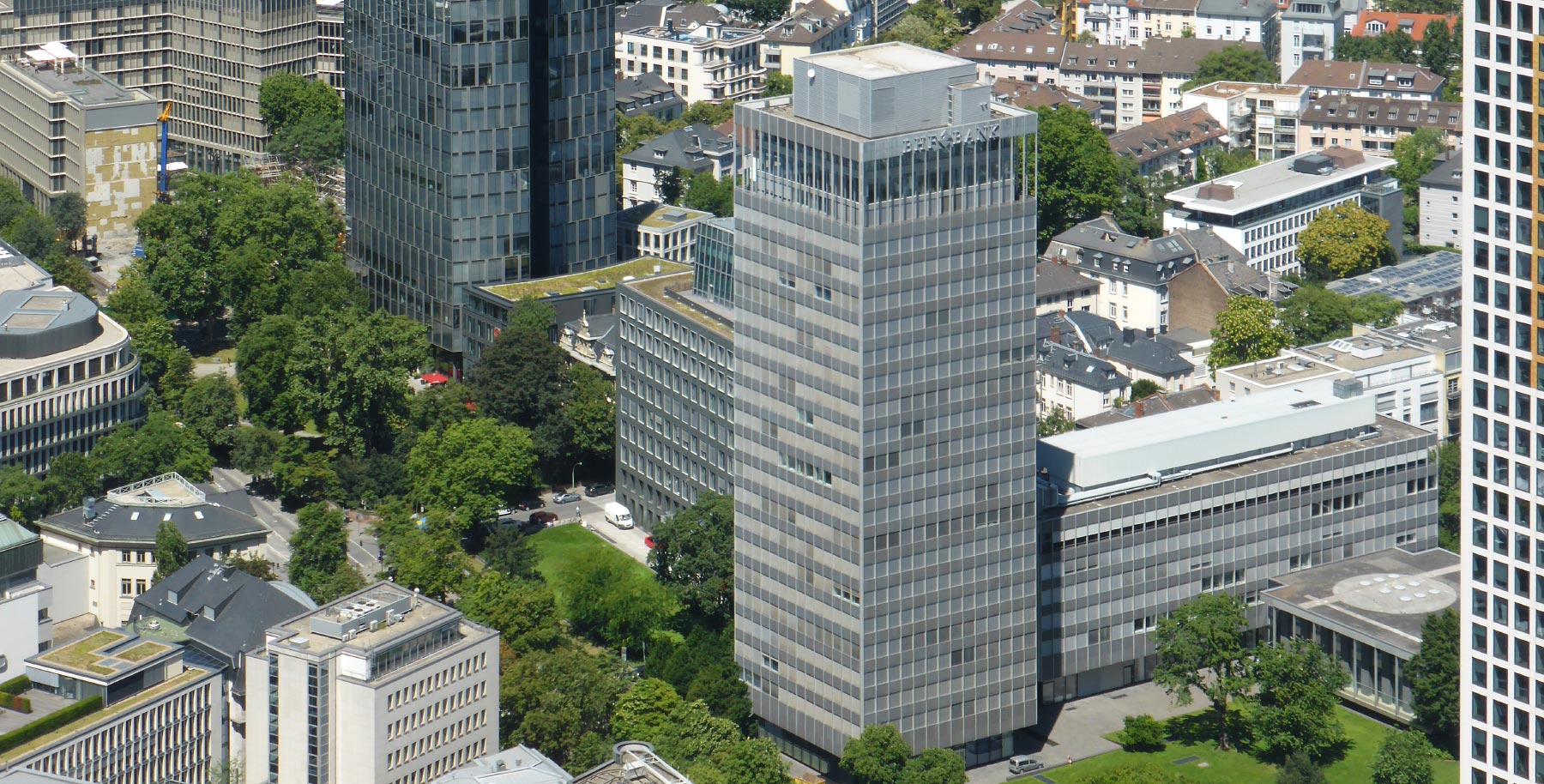 Oddo BHF Tower is a protected high-rise office building on Bockenheimer Landstrasse in Frankfurt’s Westend, which is now the headquarters of Oddo BHF Bank. The 82 meter high building was originally built between 1962 and 1965 based on a design by Sept Ruf. When it opened, it was the tallest building in Frankfurt. Most recently, the bank tower was brought up to the latest technical standards in 2009 by the architectural office MOW Architekten Olschok Westenberger + Partner.

The main building has a square floor plan of 25 × 25 meters and was constructed using a reinforced concrete frame. The building is structured horizontally by the alternation of all-round ribbon windows and the dark parapet fields. Vertically, there is a structure through a steel frame construction with regular intervals. Shortly before the flat roof end, the glass facade jumps back for a few floors. This gives the roof an impression that is detached from the statics. In the north-west of the property, the building is followed by an elongated, rectangular extension, and to this in the north-east there is another two-story, square-shaped extension.

The tall building is in an exposed location of the Westend. The office tower was built in the 1970s in an area dominated by residential buildings. The construction triggered a real gold rush atmosphere among investors at the time: a wave of land speculation in the Westend was the result.

The following picture shows the Oddo BHF Tower in the Frankfurt city model in the lobby of the planning department. The flat extension of the bank, which was put into operation a few years after the completion of the high-rise, is clearly visible.

Status June 2022: ABG Real Estate Group and the commercial law firm Noerr have concluded a lease agreement for 8,700 square meters of office space in the high-rise building. Under the project name “Central Parx Tower“, the building will be redesigned from 2024.

Status August 2020: Oddo BHF Bank is leaving the Oddo BHF Tower in 2024. The property has been acquired by investors and is to be revitalized.

Status 2001: The sculpture Brückenschlag (bridging the gap) by the sculptor Volker Bartsch is set up in front of the high-rise. The 9.8 ton bronze sculpture with the dimensions 5 x 6 x 7.50 meters was welded in five months using around 60,000 meters of bronze wire.