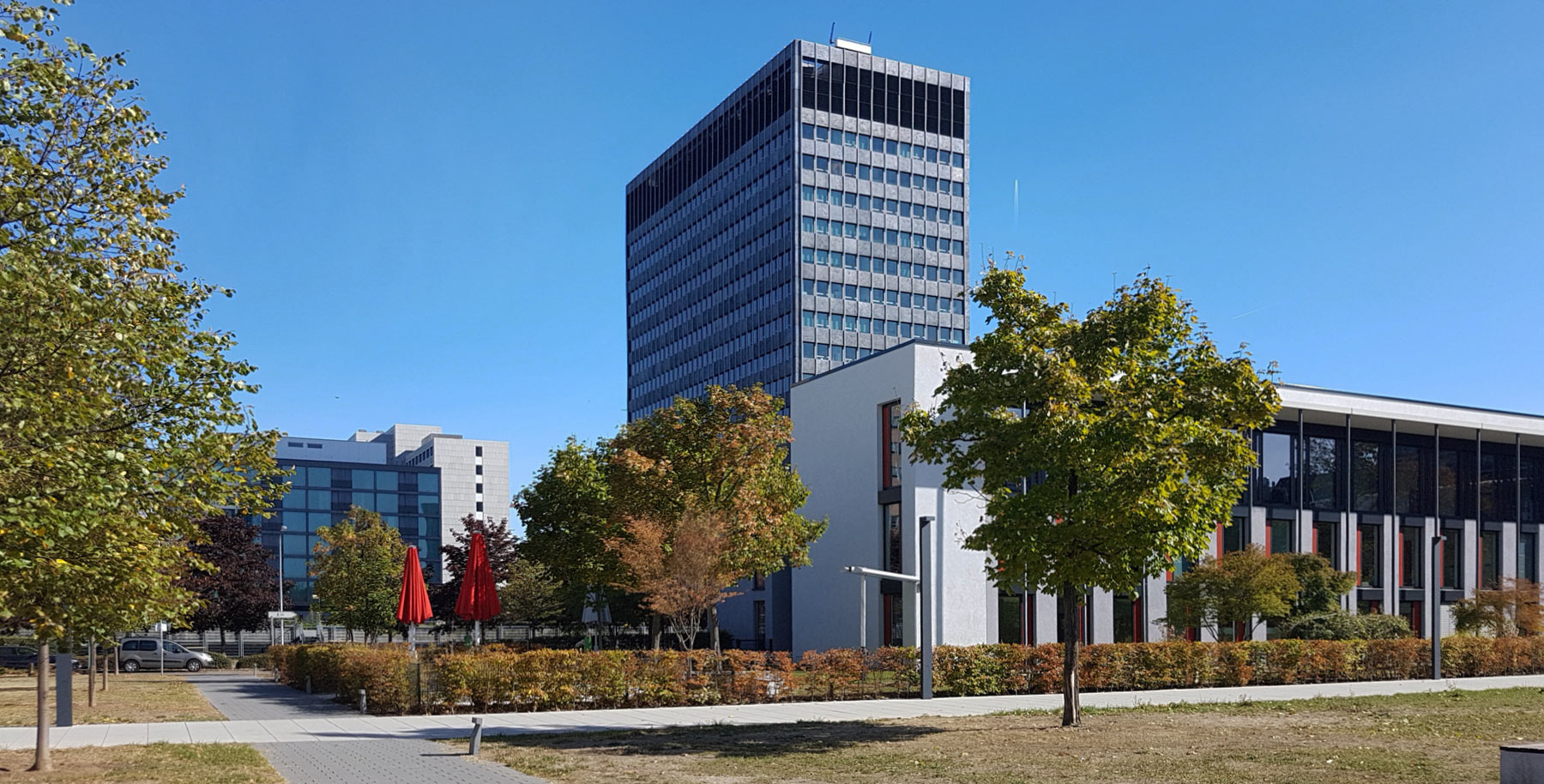 Campus Tower is an 18-story high-rise office building and has a height of around 80 meters (304 feet). It is one of the tallest buildings in the Lyon Quarter of Frankfurt. The building offers 16 usable office floors. In addition to a cafeteria, there is also the foyer on the ground floor, which also occupies the first floor in this area. The office building has a usable area of ​​23,765 square meters (255,804 square feet) and has a parking garage, which is located next to the office tower.

The campus tower was completely renovated in 2001 by MÄCKLERARCHITEKTEN. The existing steel windows were replaced by modern, thermally separated aluminum windows. The low buildings next to the skyscraper were demolished in order to give the tower a solitary identification for the location. The facade of the base zone, including the new main entrance and the top of the high-rise building, was redesigned accordingly. Today the campus tower has a distinctive end and a base that anchors it to the ground. The main aim of the renovation work was to be able to use the Campus Tower more flexibly.

After the renovation took place, the building became the headquarters of Colt Technology Services in Germany in April 2001. In the upper area of the facade, the Colt logo was placed on three sides of the Campus Tower until October 2008. Since 2015, the Campus Tower has been the European headquarters of Nintendo. In the meantime, however, Nintendo has moved to an office building in the vicinity.

Campus Tower was originally designed by the architect Hans Soll and was completed under a different name in 1969. For decades it served as the headquarters of the Hertie department store chain.

In 2001 the building was finally completely renovated. The facade cladding was retained with cast aluminum panels. These were only cleaned and supplemented in some places. In the interior, after complete gutting and reorganization, it was provided with stainless steel, natural stone and natural wood. The windows have also been replaced by modern ones. In December 2001, SEB Asset Management took over the building and incorporated it into the open-ended real estate fund “SEB ImmoInvest“.

For the preservation of the original facade, the building received recognition in 2005 as part of the “Exemplary Buildings in the State of Hesse” award from the Chamber of Architects and Urban Planners of Hesse.