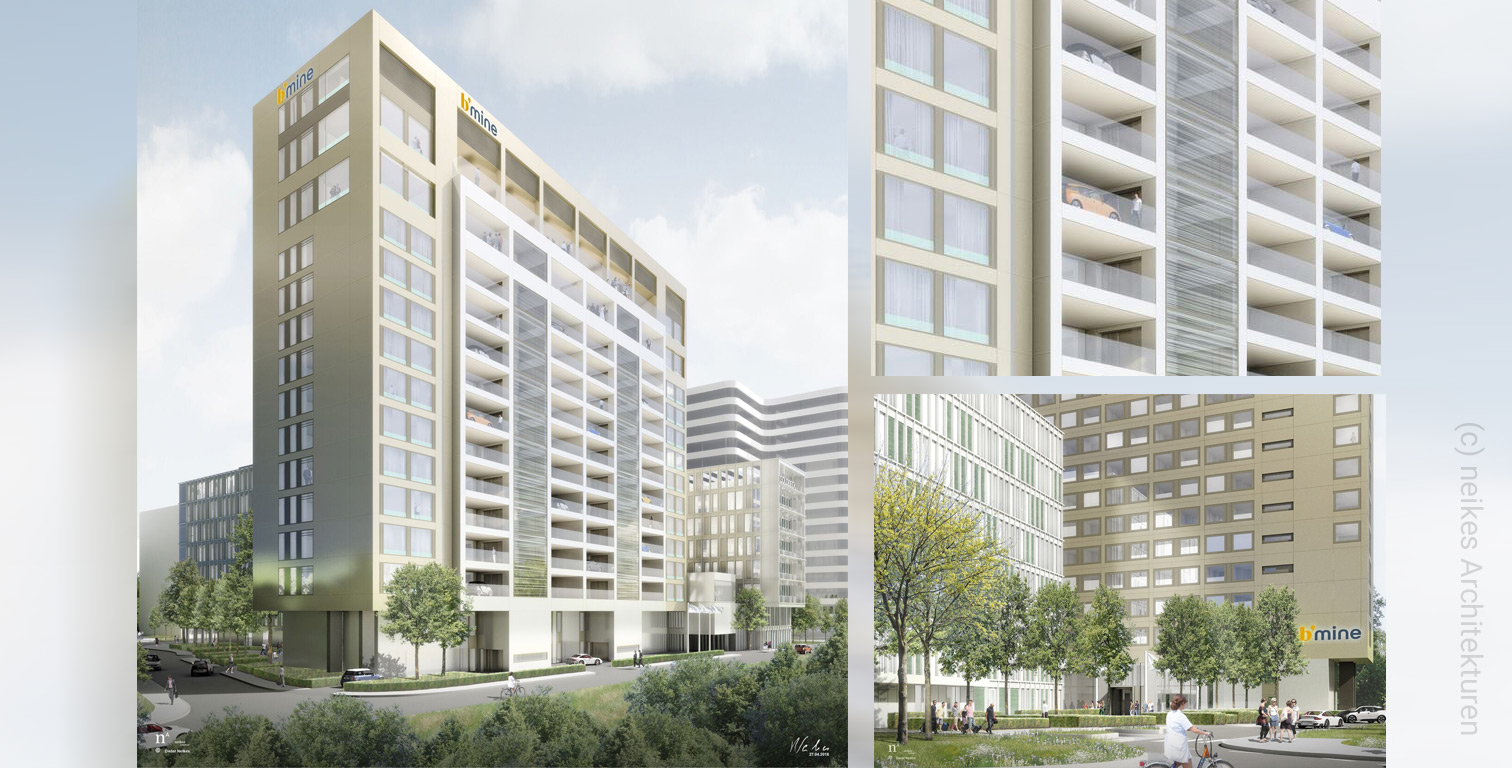 In the Gateway Gardens development area at Frankfurt Airport, the 13-storey b’mine Hotel was completed in early 2022, a special feature thereby: hotel guests can drive their vehicle almost directly to their own room thanks to a “CarLift”.

The architecture of the building comes from the renowned Berlin studio Neikes Architekturen. The interior design in terms of equipment and furnishings comes from the well-known GEPLAN DESIGN studio, which has developed a fresh feel-good concept for the 241 rooms including the Sky Suite.

The special car lifts transport the car directly in front of one of the 40 CarLoft rooms, where electric cars can also be charged. The search for a free parking space and a charging station is now eliminated. The CarLoft concept has already been implemented by project developers in other properties. With the b’mine Hotels, for the first time hotel guests can enjoy the barrier-free and comfortable CarLoggias, as the parking areas in front of the rooms are called.

Further highlights of the b’mine Hotel Frankfurt include the generous rooftop with first-class gastronomy as well as the modern event rooms overlooking the runway of Frankfurt Airport. Next to The Roof – Restaurant, Bar & Lounge with roof terrace on the 13th floor (12. OG), there will be a sky suite on the 14th floor (13. OG). The 8 bright event areas with 3 terraces will be built on the 12th (11. OG) and 13th floors (12. OG). This offer makes the hotel attractive not only to guests, but also to local visitors and businesses.

The building was completed April 2022 by the developer and has now officially opened as b’mine Hotel Frankfurt Airport.