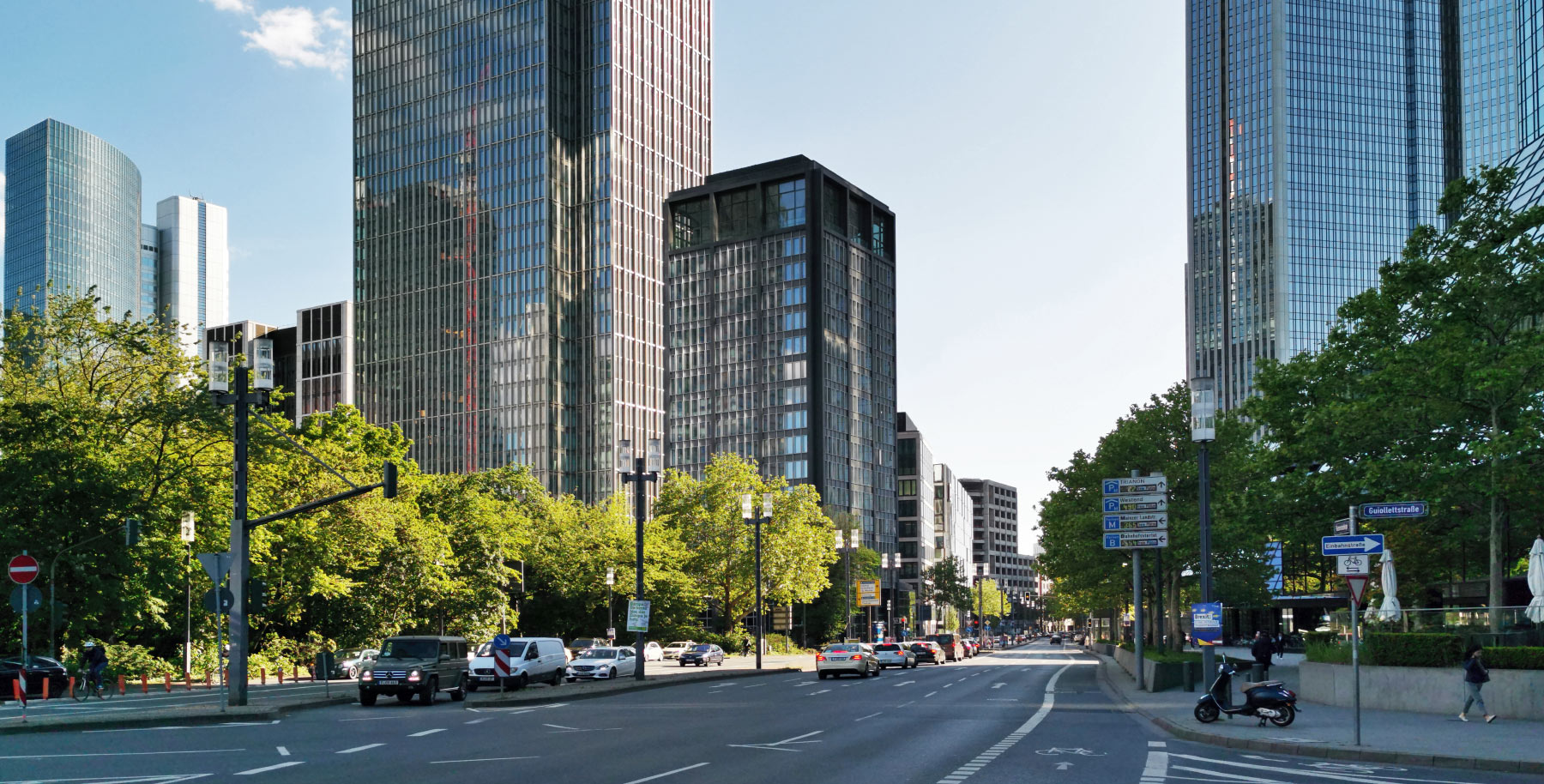 Taunusanlage 11 is a 75 meter (246 feet) high office tower in the Financial District with views of the Wallanlagen. The office building stands on a prominent plot of land on the corner of the streets Mainzer Landstrasse and Taunusanlage, at the extreme corner of the Bahnhofsviertel. The 16-storey office building was built by the American Chase Manhattan Bank in 1972. It was designed by the architects Max Meid and Helmut Romeick and used until 1990. Taunusanlage 11 is also known as T11.

Taunusanlage 11 is today bordered on both sides of the corner property by the Marieninsel project. At the Taunusanlage the 155 meters (508 feet) tall Marienturm rises next to the T11, on Mainzer Landstrasse the associated Marienforum is present. On the opposite side of the street are the skyscrapers Trianon and the corporate headquarters of Deutsche Bank.

In 1992 Taunusanlage 11 was rebuilt and modernized according to plans by Krämer, Sieverts and Partners (today KSP Jürgen Engel Architekten). From 2008 to 2011 the building was empty and has been modernized.

Between October 2011 and August 2013, Taunusanlage 11 was comprehensively revitalized according to plans by KSP Jürgen Engel Architekten. Since 2013 the international law firm Gleiss Lutz has rented around 9,700 square meters (which corresponds to around 80% of the total area). The upgrade of the structure was extensive: apart from the supporting structure, not a single stone was left unturned, so that today Taunusanlage 11 looks like a new building.

Status December 2021: The Gleiss Lutz law firm has extended its T11 lease on a long-term basis. The law form is the sole tenant of the office tower.

Status September 2017: According to a report in the Immobilien Zeitung newspaper, the asset manager Triuva has sold the Taunusanlage 11 office building to AEW Capital Management for around 125 million euros.