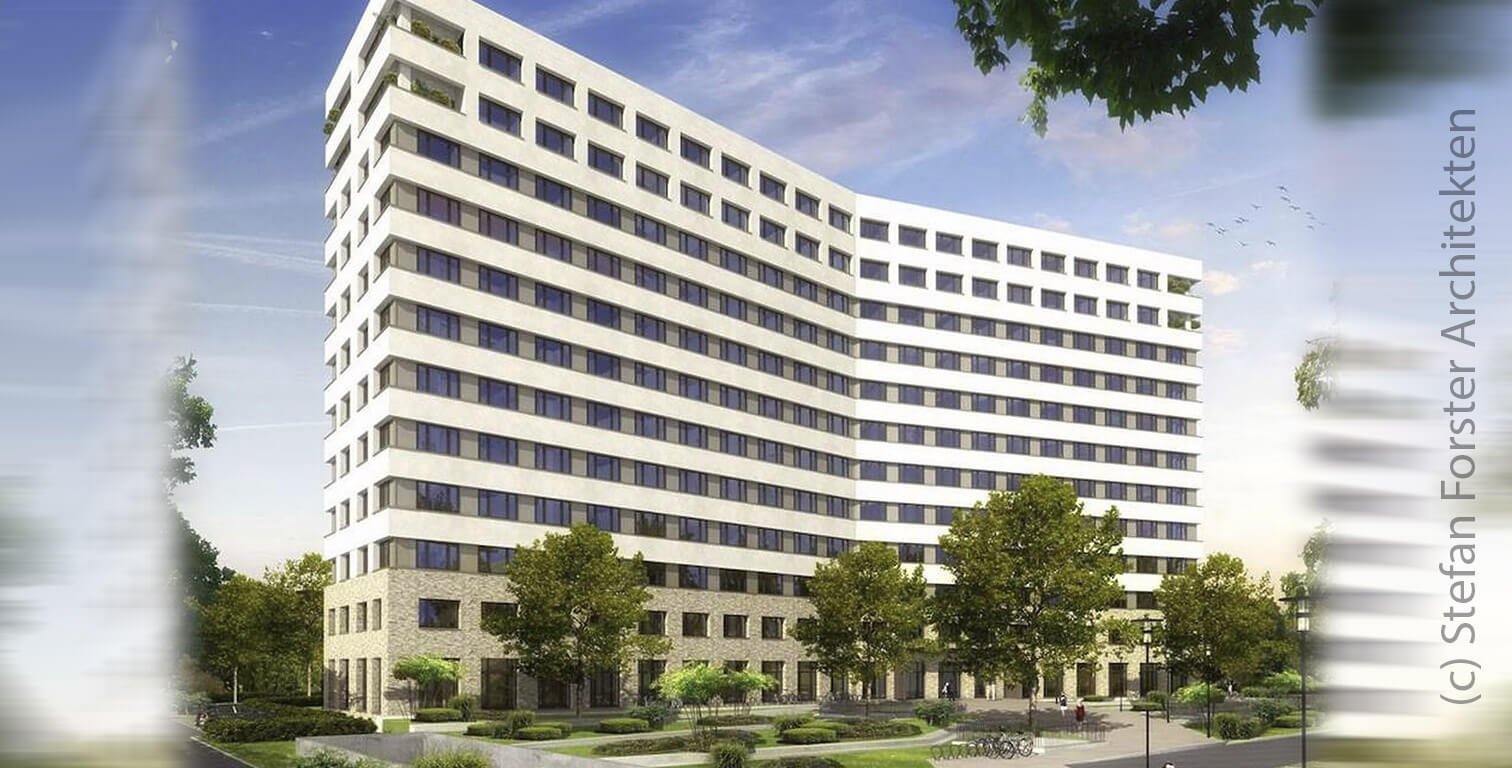 In the Lyon District, a 12-storey residential building with an integrated kindergarten is to be built on the location of the former Eurohaus. While maintaining the characteristic H-shaped figure with two 12-storey wings, the outer structure is gutted down to just the support structure, and adapted to current energy and building physics requirements. The curtain-wall façade, which is uniformly guided around the entire building, is being abandoned by the architect in favour of aesthetics. It is replaced by a classically structured perforated façade with a valuable, brick base zone and large windows throughout the building.

So far, there is only a pre-planning design for the project. There is neither an official start date nor an anticipated date of completion as yet. After the building permit has been obtained, a final investor will be needed for the project.

The former office building Eurohaus in 2017: