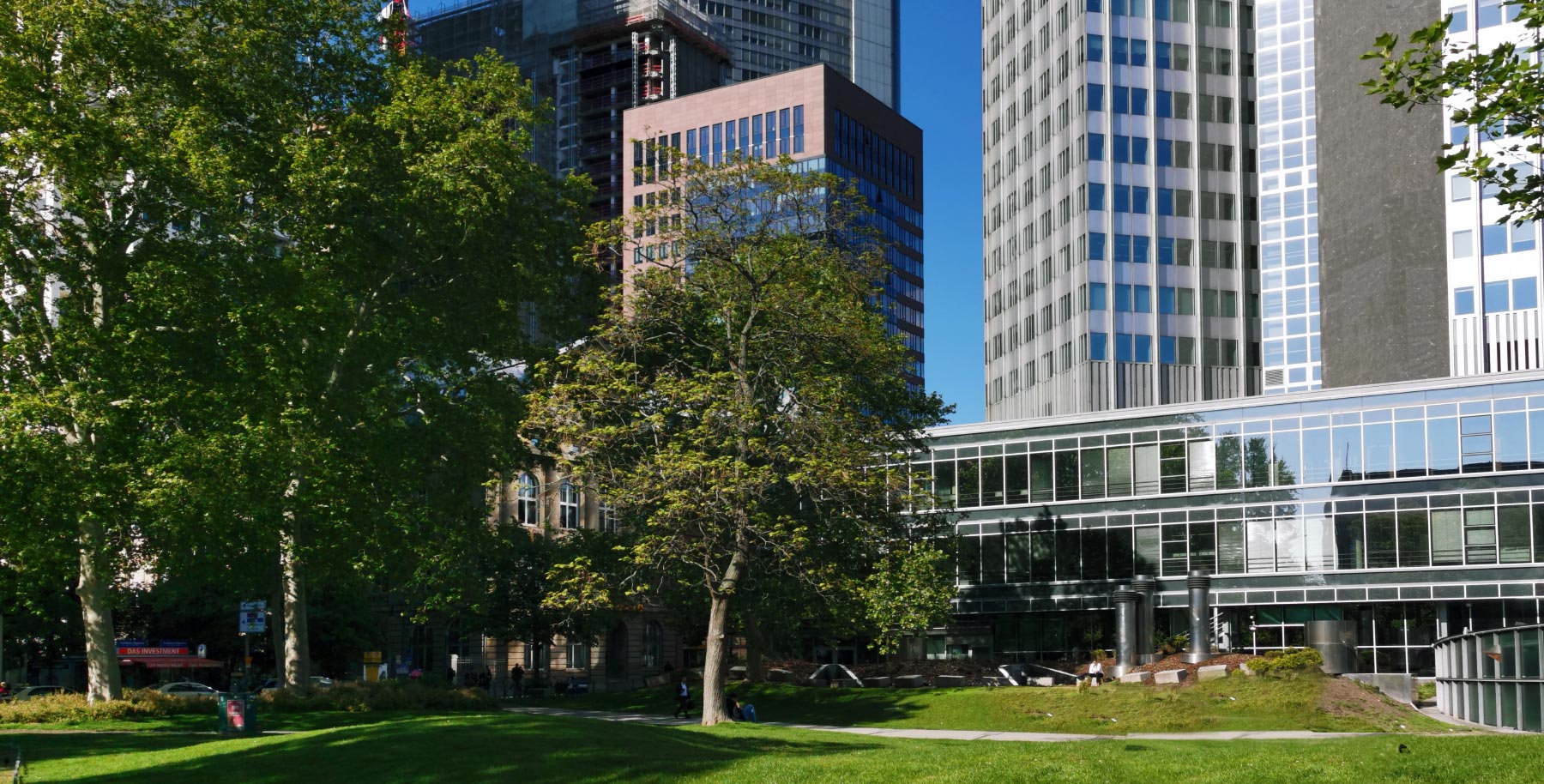 The office high-rise K26, located at Kaiserstrasse 26, has 20 floors and is located on the corner of Neue Mainzer Strasse. The K26, built in 2005 in the Financial District, was designed by Köhler Architekten BDA. Wiemer & Trachte AG from Dortmund built the office tower for the client Hauck Grundstücks-GmbH & Co. KG. The overall project management was the responsibility of hp developments GmbH and the structural planning was carried out by BGS Ingenieurgesellschaft mbH.

The existing building was removed except for the shell, five floors above were demolished and then replaced by a tower. The K26 Frankfurt received a red natural stone facade, the southwest corner is emphasized by a protruding glass facade. The northern high-rise facade has no windows.

The property has a usable area of around 12,000 square meters (129,167 square feet) and also has openable windows in the high-rise tower. The building technology is particularly located on the 7th floor (6. OG). The first two floors are optically combined and are intended for retail space. There is a protected arcade on Neue Mainzer Strasse.

The main tenant is the private bank Hauck & Aufhäuser on floors 2 (1. OG) to 6 (5.OG) and on the 13th floor (12. OG). The office tower is otherwise rented to a large number of users, particularly from the banking and consulting sectors.

Directly to the north of K26 is the Global Tower and to the northeast lies the Commerzbank Tower. The Eurotower (European Central Bank) is located south of the K26 at the intersection of Neue Mainzer Strasse and Kaiserstrasse.